A second man aged just 21 has been charged over the drive-by shooting of a nine-year-old girl and will appear in Bankstown Local Court today on multiple alleged offences.

Hassan Osseili was arrested on Tuesday night after allegedly being on the run and charged with offences including shoot at with intent to murder, conspire and agree to murder any person, possess unregistered unauthorised pistol in public place and participate criminal group contribute criminal activity.

The nine-year-old girl was wearing pyjamas and unloading groceries with her mother and two other children on Queens Road at Connells Point in Sydney’s south at 5.50pm last Friday when a gunman opened fire.

The nine-year-old suffered a gunshot wound to the hip and was rushed to Sydney Children’s Hospital, Randwick where she had multiple surgeries for internal injuries and is in a stable condition.

It is the second time in nine months the residence has been shot at, with bullets fired at the same home last November.

Hassan Osseili, 21 (above) is arrested by police for the alleged drive-by attempted shooting murder of a nine-year-old girl at Connells Point last Friday 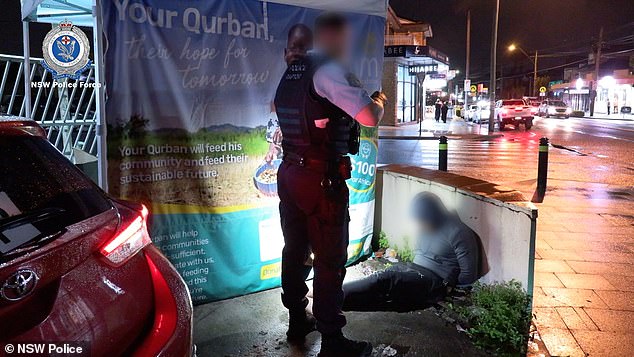 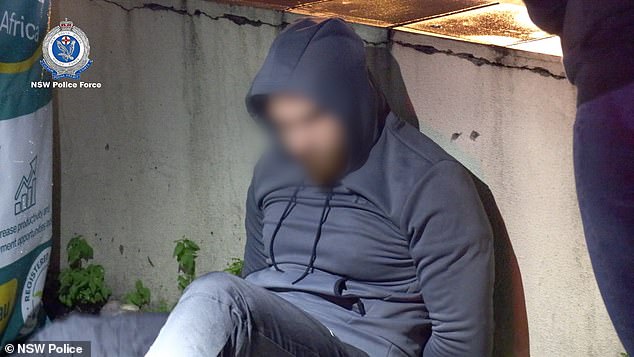 Osseili (above) is the second man police apprehended after the shooting of the girl who, police say, should not have been confused with an adult target 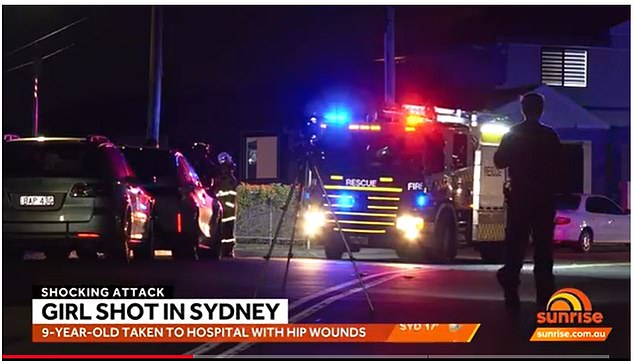 Mahmoud Rizk, 34, was arrested in the hours following the shooting after police found an abandoned black BMW on fire and two men reportedly tried to get into a red Mini Cooper.

He was charged with one count of shoot at with intent to murder.

Police recovered a loaded semiautomatic pistol found in bushland in southern Sydney which will be examined in connection with the shooting. 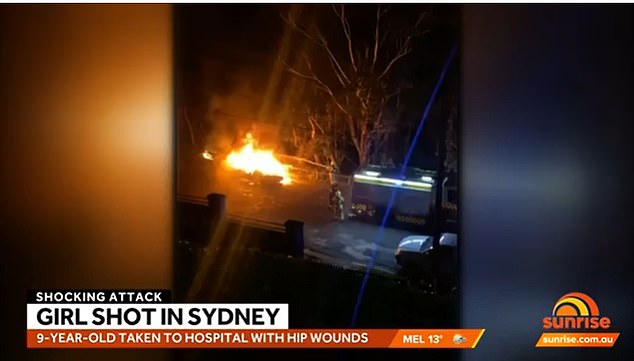 Police, who found an alleged get away black BMW on fire (above), say it is the second time the Connells Point home has been targeted with gunfire in nine months

Two vehicles, including the burnt-out BMW, have been seized to undergo forensic and ballistic testing.

Detective Superintendent Grant Taylor said the intended target of the shooting was a man who lived at the Connells Point house where the girl was hot, but had not been at home at the time.

‘It is not bikie-related but it is connected to criminal networks that are known to us,’ Det Supt Taylor said.

He said it was unclear if the children were the target but he said the nine-year-old, who was in her pyjamas, would have been hard to mistake for an adult. 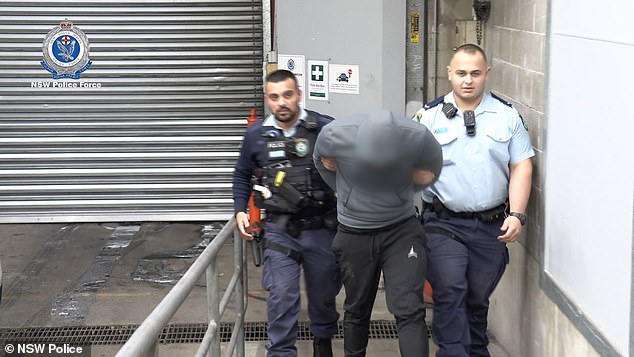 He labelled the shooting an ‘ungainly act of violence’.

‘This shooting was a dangerous, ungainly act of violence that resulted in a child being rushed to hospital for surgery,’ he said.

‘A multi-level response was immediately deployed, which saw Raptor Squad and other specialist officers work in unison to immediately locate an alleged offender within hours, and gather other crucial forensic evidence.’ 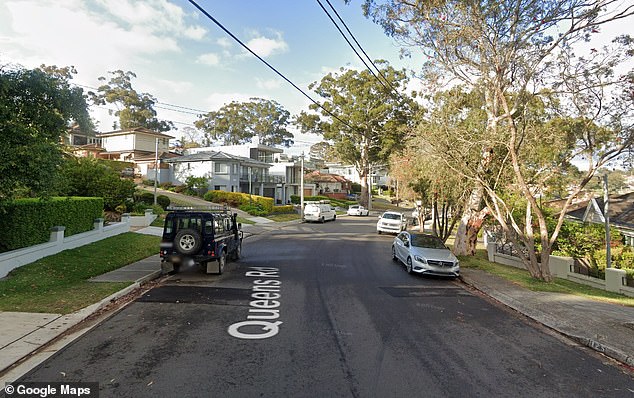 First responders carried out first aid on the nine-year-old before the arrival of NSW Ambulance paramedics.

‘I ran outside after I heard the shots and I could smell the gun powder,’ one neighbour told the Daily Telegraph.

‘I could hear a woman wailing.’

After the attack last November, when the Connells Point home was peppered with nine bullets, two men home at the time escaped injury.

One neighbour, who wished to remain anonymous, labelled police ‘weak’ saying they didn’t ‘do enough’ to investigate the first shooting.

‘If they had investigated properly this wouldn’t have happened. We never heard anything back from police after the first shooting,’ he said.

On that occasion police also found a burned out car located nearby.