A former security boss who planted a listening device in his ex-partner’s bedroom after becoming jealous has been spared jail.

Andrew Fraser, 54, was so concerned she was seeing someone else that he also put a tracking device on her car and installed another monitoring device in her kitchen.

But today he was free after a judge heard he had spent three months in custody on remand and he was instead ordered to carry out 24-month community order and made the subject of a restraining order.

Guildford Crown Court in Surrey heard that he used a key for the back door which he had been given to get into the property.

Guildford Crown Court (pictured) heard that Andrew Fraser, 54, was so concerned his former girlfriend had moved on that he installed monitoring devices in her home

Fraser, from East Hagbourne, Oxfordshire, placed listening devices in the kitchen and bedroom as well as the car, and also put the tracking device on the vehicle.

The court heard Fraser and Averil Gerhardt met online and began a relationship in October 2016.

Whilst Ms Gerhardt said in an interview that the relationship was not abusive, she did say his behaviour was ‘clingy.’

Judge Robert Fraser told Fraser, who was an executive of a security device firm, that he was barred indefinitely from contacting his former partner or her two children.

Martin Hooper, prosecuting, said: ‘There was an argument and Ms Gerhardt ended the relationship and he has been pestering her since.

‘He asked her about a shopping trip she went on and who she had been with. He had been watching her and looking at CCTV footage of her house.

‘Later she went to a Christmas black-tie event for her work which was invite only. Mr Fraser turned up in black-tie and they argued. He challenged her about the man she had arrived with, who was a colleague.

‘She contacted the police and as she left the event he (Fraser) was waiting in a car in the car park outside.

‘When police searched Ms Gerhardt’s property they found the two devices in her home and the two in her car.’

The judge heard that there was evidence to prove that Fraser was the one who had installed the devices.

‘They also found that the tracker on Ms Gerhardt’s car could be checked on Mr Fraser’s phone and this had been done regularly.’ 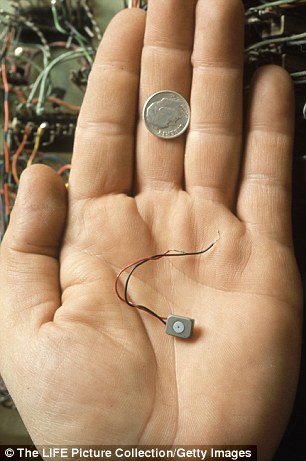 The court was told that Fraser had felt jealous that Ms Gerhardt might be leaving him or seeing someone else, which is why he placed the devices.

Mr Fraser said the tracker had been on the car for ‘ages’ because he said she had been lying to him, the court heard.

The audio recorder in the car had been there for a month and the same for the recorders in the house.

A statement from the victim was read to the court in which she said she felt ‘violated and upset’ that the devices were in her home and car and that someone would do such things to her.

She said: ‘I felt worried for me and my children. I was frightened of him.’

She noted that before the devices had been found, Fraser’s behaviour had not worried her. However she also said he refused to leave and described him as ‘full on.’

Fraser was noted by his defence barrister, Alexander Williams, to be a man of good character and that the stalking was his first offence.

He even provided statements from previous romantic partners that said he had ‘a good and generous heart.’

Fraser was said to be extremely embarrassed by what had happened and did not object to a restraining order as he had no intention of trying to reconcile things. He also accepted that his behaviour was unreasonable.

Mr Williams said: ‘What happened in this relationship is not indicative of his behaviour. He also acknowledges that the relationship has no future at all.’

In the weeks leading up to Ms Gerhardt’s phone call to police, herself and Fraser were still talking and they went for dinner together. She also said to him: ‘I’m a total b**** Andy and I’m sorry.’

The judge took into account that the defendant had been in custody for three months awaiting the court hearing and his previous lack of offences and ordered that he serve a 24-month community order to complete a ‘building better relationships’ programme.

Fraser, who admitted one count of stalking, was also handed an indefinite restraining order preventing him from contacting Ms Gerhardt or her children in any way.