The army and security forces have blockaded Minsk city centre as more than 100,000 demonstrators demand the Belarusian President quit over ‘rigged’ election victory.

Protests against President Alexander Lukashenko entered their fifth week as tens of thousands of demonstrators marched to the outskirts of his presidential residence in the capital.

More than 100,000 demonstrators took to the streets in Minsk, Belarus, to demand the President quit over ‘rigged’ election victory 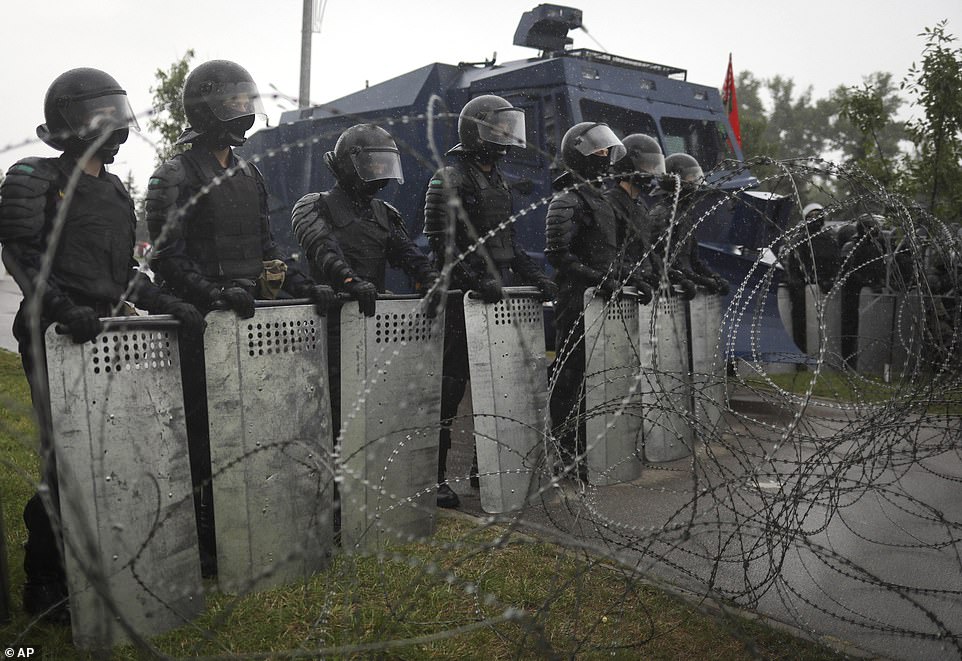 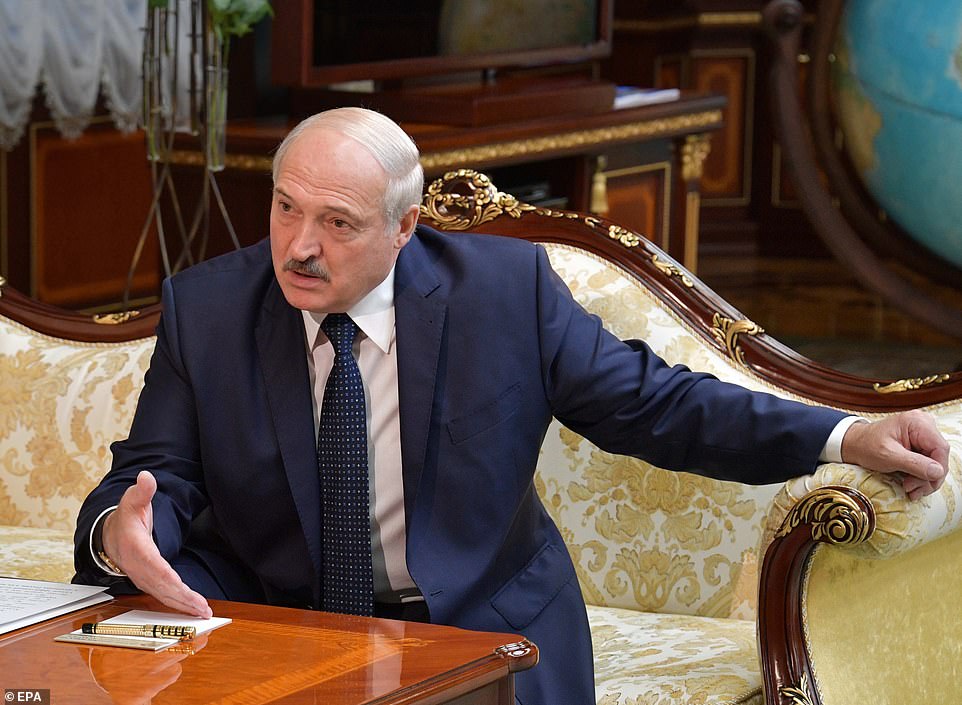 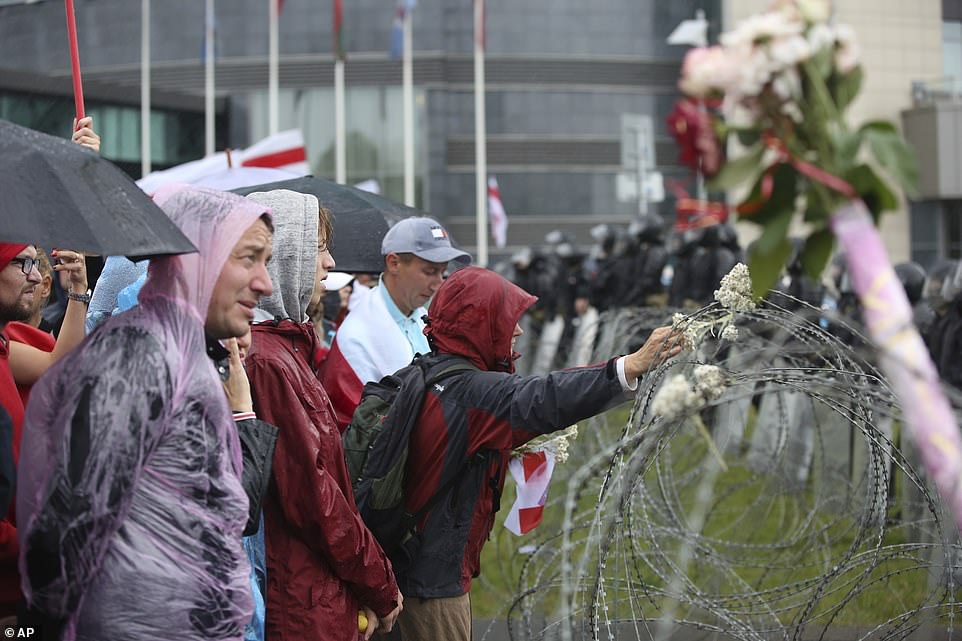 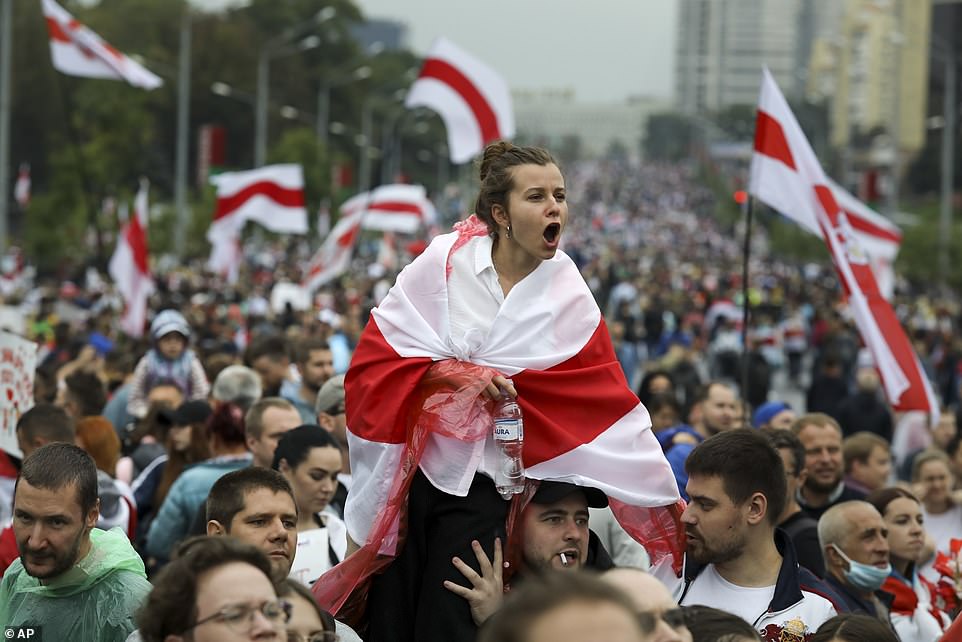 The protests, unprecedented in Belarus for their size and duration, began after the August 9 presidential vote

Crowd sizes for those protests were not immediately reported, but Ales Bialiatski, head of the Viasna human rights organisation, said the demonstration in Minsk attracted more than 100,000 people.

The protests, unprecedented in Belarus for their size and duration, began after the August 9 presidential vote that election officials said gave Mr Lukashenko a sixth term in office with 80% support.

Protesters say the results were rigged. Mr Lukashenko, 66, has ruled the country with an iron fist since 1994, regularly repressing dissent and press freedom.

Police cracked down on demonstrators in the first days of the protests, and reportedly arrested some 7,000 people. 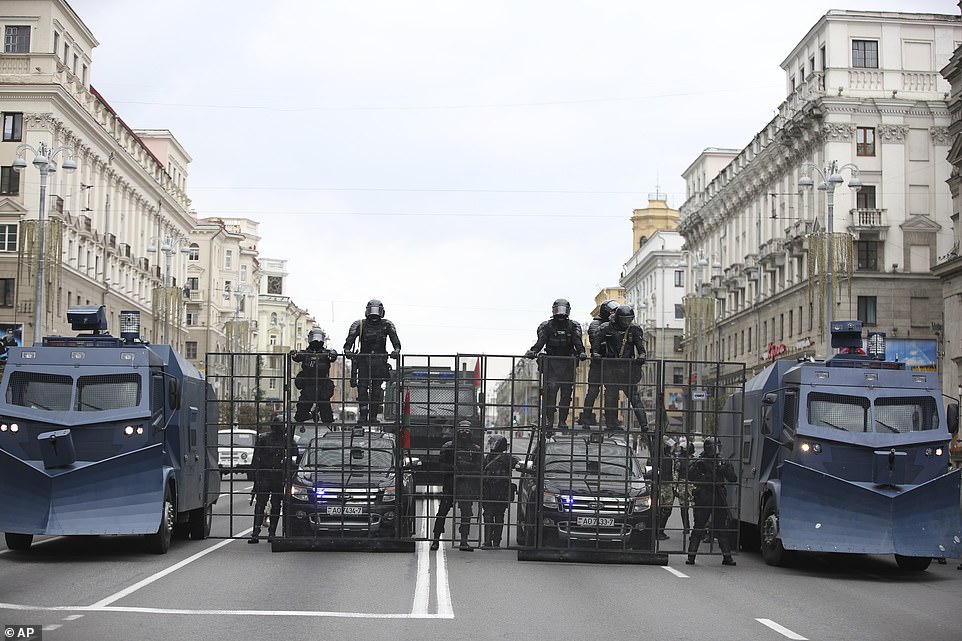 Police cracked down on demonstrators in the first days of the protests, arresting some 7,000 people 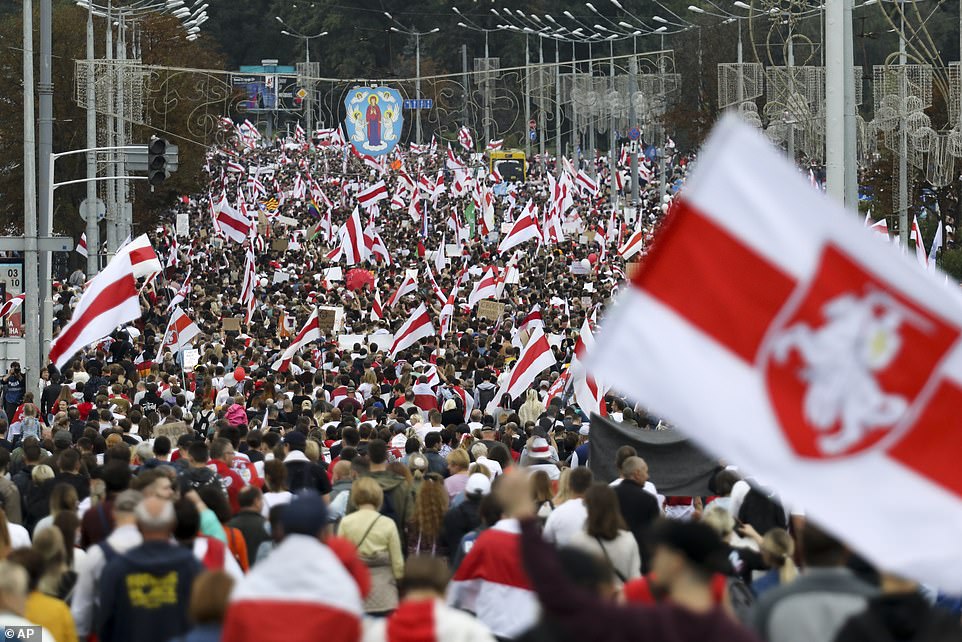 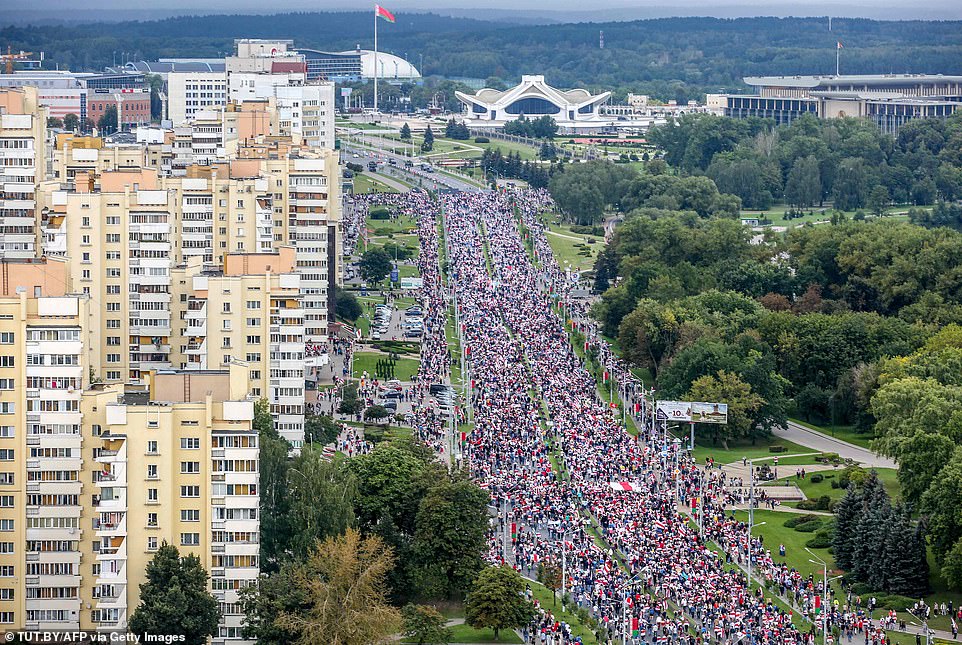 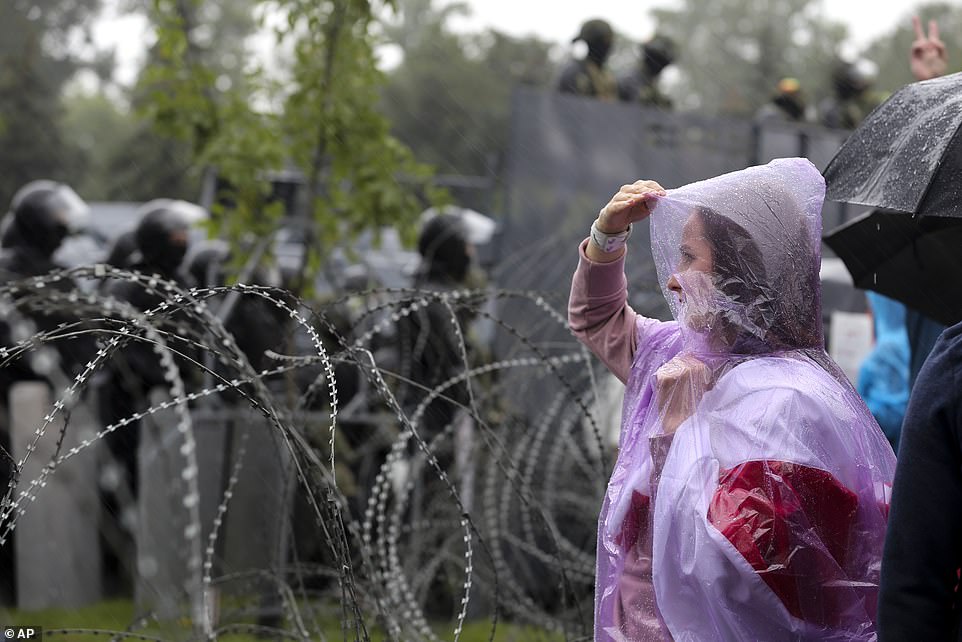 Although they have scaled back, detentions continue and it was reported scores of people were arrested in Minsk and in the city of Grodno, in western Belarus, on Sunday.

Police and army troops blocked off the centre of Minsk on Sunday, but demonstrators marched to the outskirts of the Palace of Independence, the president’s working residence three kilometres (two miles) outside the city centre.

The palace grounds were blocked off by riot police armed with shields and water cannons.

Maria Kolesnikova, a leader of the Co-ordination Council set up by the opposition to try to arrange a dialogue with Mr Lukashenko about a transition of power, said: ‘This sea of people cannot be stopped by military equipment, water cannons, propaganda and arrests. 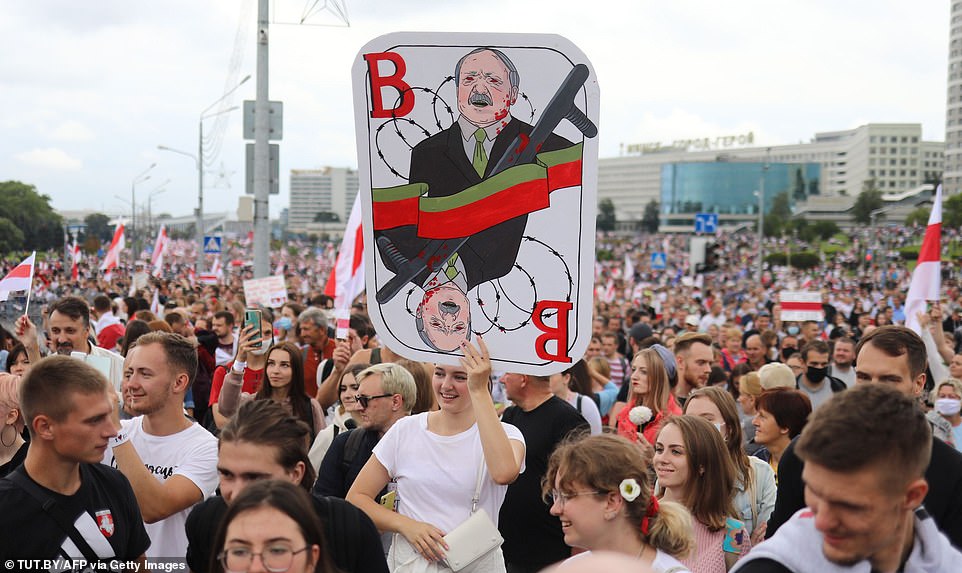 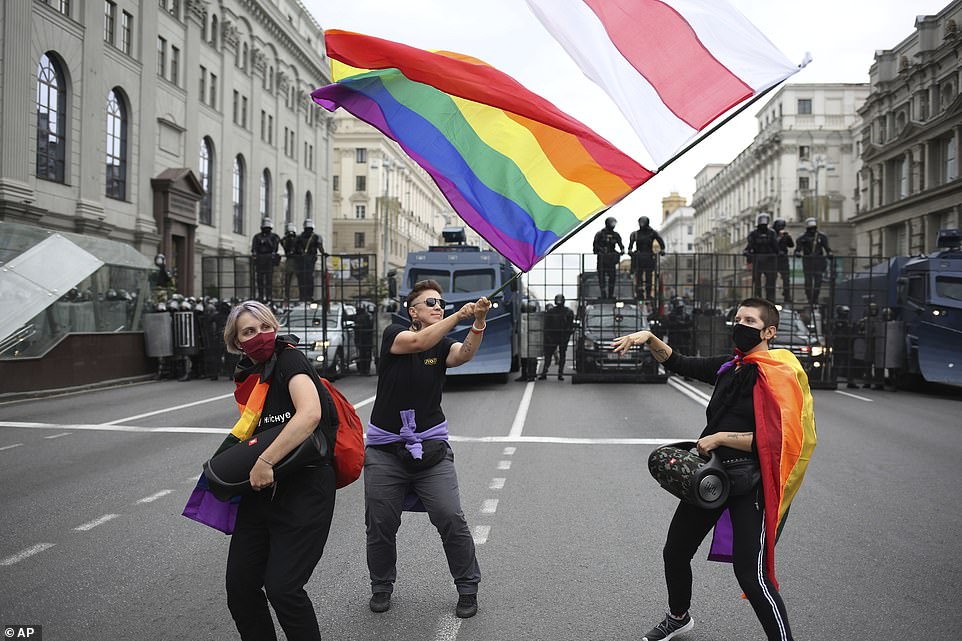 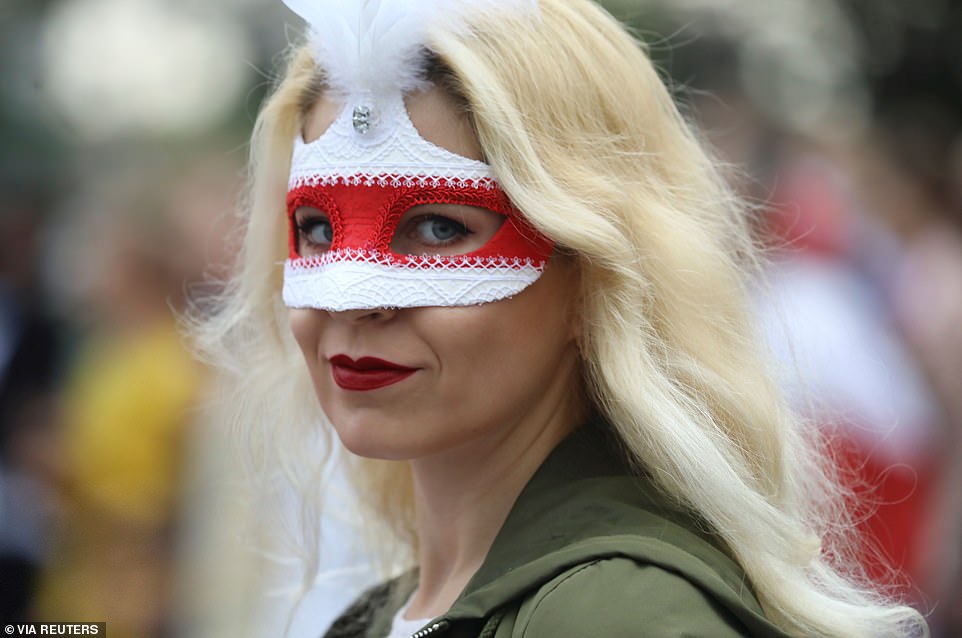 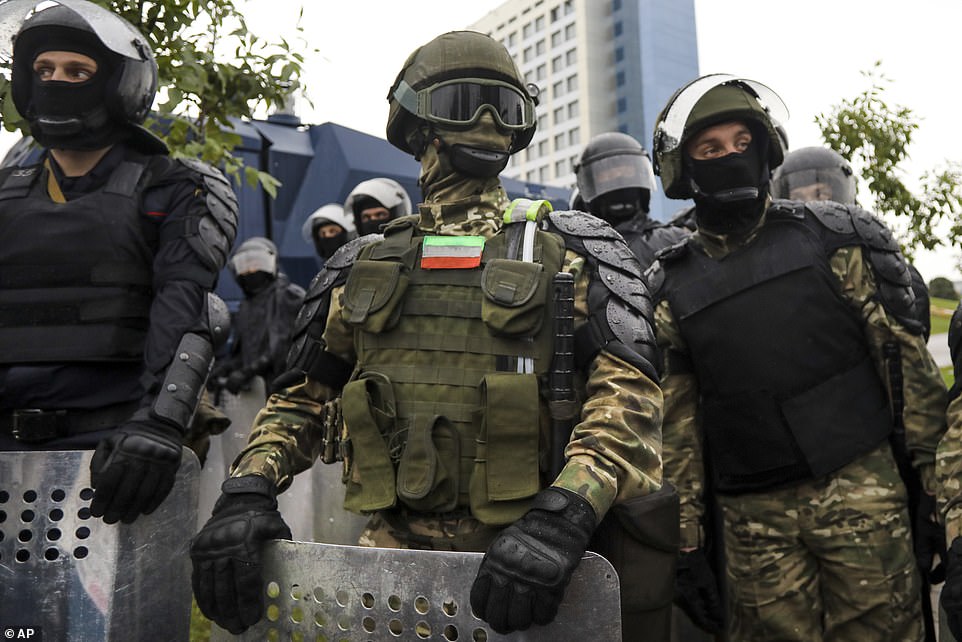 ‘Most Belarusians want a peaceful change of power and we will not get tired of demanding this.’

Mr Lukashenko has rejected any discussion with the council, and some of its top members have been jailed.

One of them, Olga Kovalova, was expelled from the country over the weekend, driven to Poland by police.

Despite the stalemate between Mr Lukashenko and the opposition, protesters in the Eastern European nation with a population of 9.5 million, say they will not tire.

Authorities have also revoked the accreditation of many Belarusian journalists and deported some foreign journalists, including two Moscow-based Associated Press journalists. 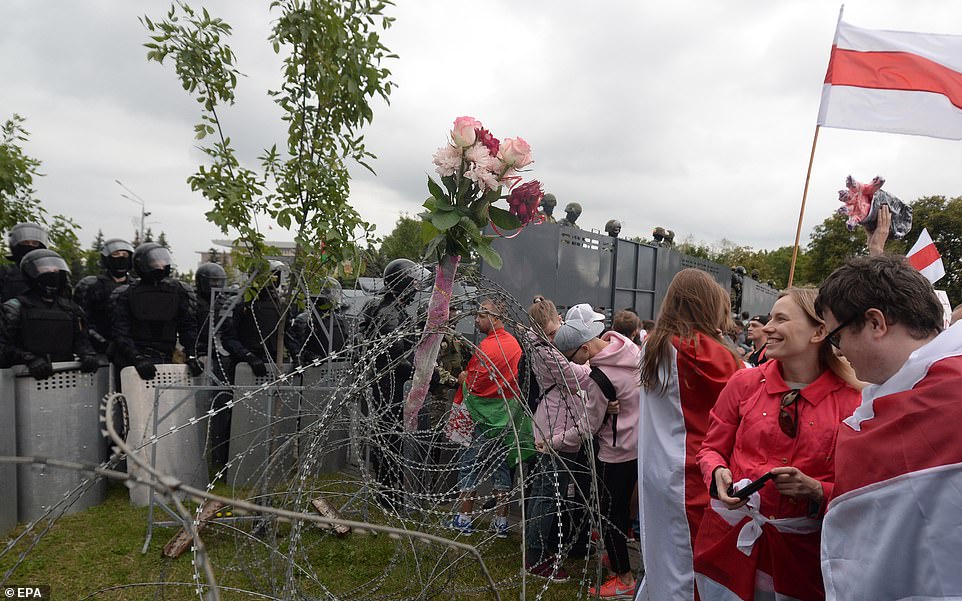 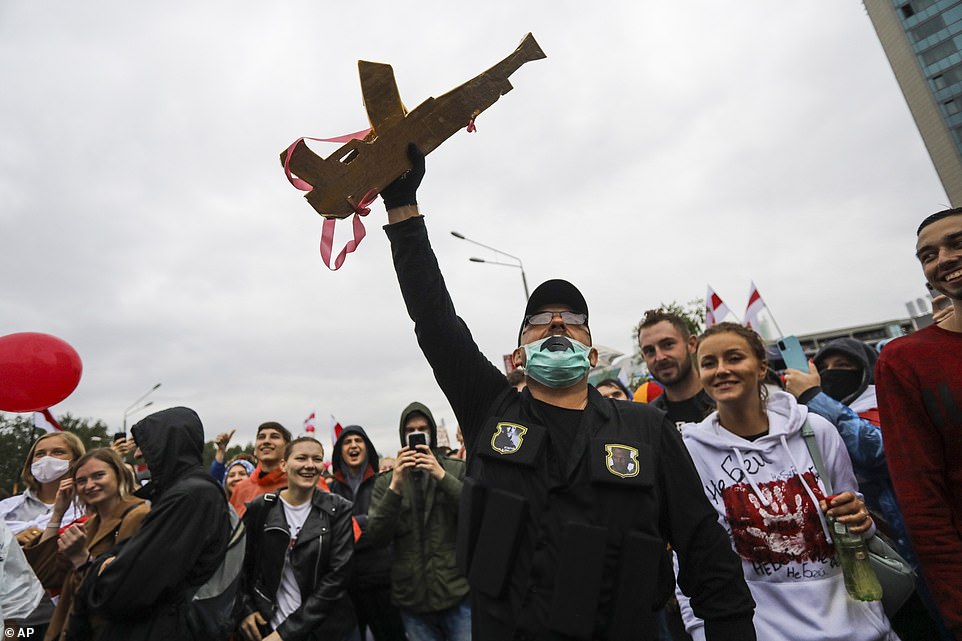 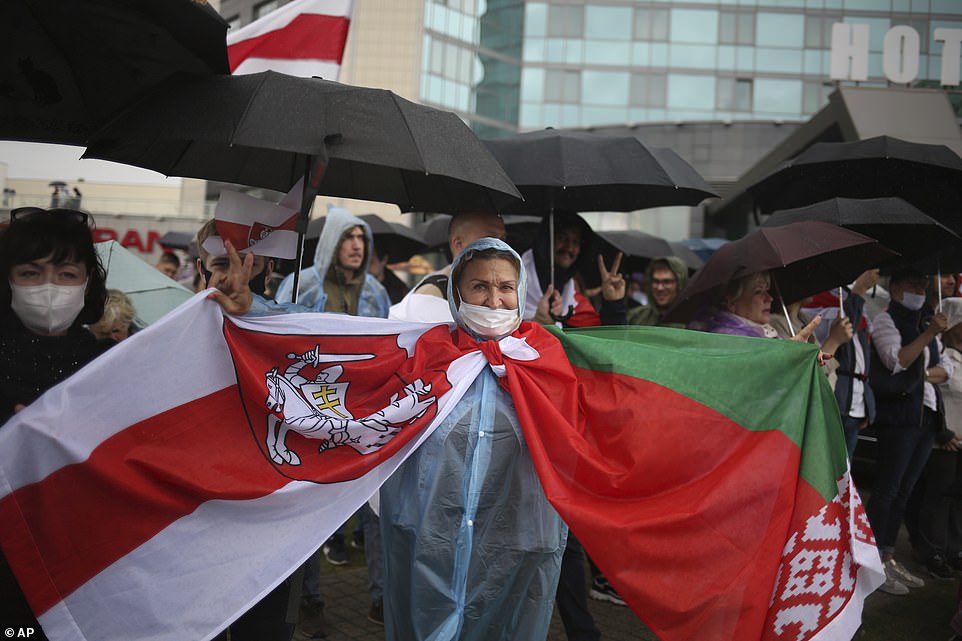 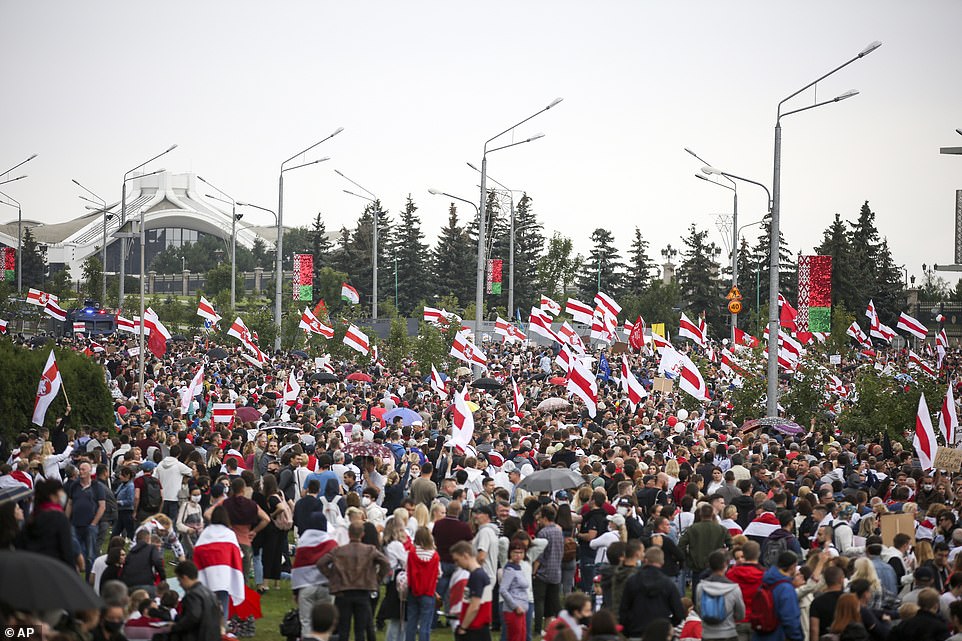