Two security guards have been stabbed in a Melbourne shopping centre infamous  for gang bashings, sexual assaults and shoplifting.

The shocking afternoon knife attack played out in front of terrified shoppers at the Westfield Fountain Gate centre in Melbourne’s southeast on Wednesday evening.

Security staff attempted to intervene after a couple were allegedly caught stealing $500 worth of items from Kmart, and were stabbed in the ensuing melee.

Police and emergency services were called to the scene and two people were arrested. Paramedics treated two patients with non-life threatening injuries.

The incident is just the latest crime to rock the notorious shopping centre.

‘It was really confronting, they asked everyone to evacuate and roped off the store,’ shopper Danielle told the Herald Sun.

Another shopper named Christina said: ‘It’s just so scary for this to happen here, the crime is just getting out of control here.’

‘I always see security around here but I think the centre needs more police patrolling at night too,’ she added.

Crimes committed at the Westfield shopping centre have become so serious that police have been forced to patrol the area on horseback to keep patrons safe.

An army of intimidating security guards have also been brought in to add extra muscle and reassure customers.

The rate of offences at the shopping centre have increased by 104 per cent from 2014 to the end of 2019, with crimes growing from 448 incidents to 914, Victorian Crime Statistics Agency data showed.

Concerned business owners told The Cranbourne Leader last week that they are helpless to act when groups of up to a dozen teenagers storm their stores, damaging and stealing items.

Several retailers told the publication their stores had been ‘ransacked’ by gangs in recent weeks and a poll of 3,000 locals found 74 per cent admitted they steered clear of the centre due to fears of violence. 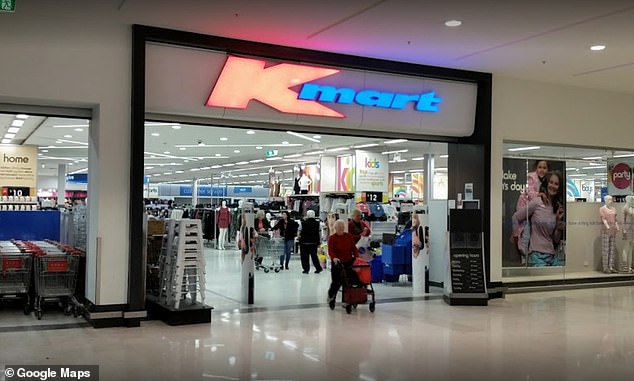