‘Seinfeld’ actor shows up at Devils game with face painted

Life imitated art at the Stanley Cup playoffs as the actor who played Puddy on the sitcom ‘Seinfeld’ arrived to the hockey game with his face painted as a New Jersey Devils fan.

Patrick Warburton, a die-hard Devils fan, starred in the famed American show’s 1995 episode, ‘The Face Painter,’ where he was also painted in red and green for a game, alongside TV girlfriend Elaine as well as Jerry.

A horrified Elaine told Puddy in the episode: ‘You can’t walk around like that… It’s insane.’

When the trio arrived to the game, Puddy caused a ruckus and was asked by fellow fans to take a seat. He replied: ‘Hey man, I’m just trying to support the team.’

Patrick Warburton, the actor who played David Puddy on ‘Seinfeld’ and wore makeup in support of the New Jersey Devils during an episode of the show, gestures at the end of Game 4 of an NHL first-round hockey playoff series between the Devils and the Tampa Bay Lightning on Wednesday in Newark 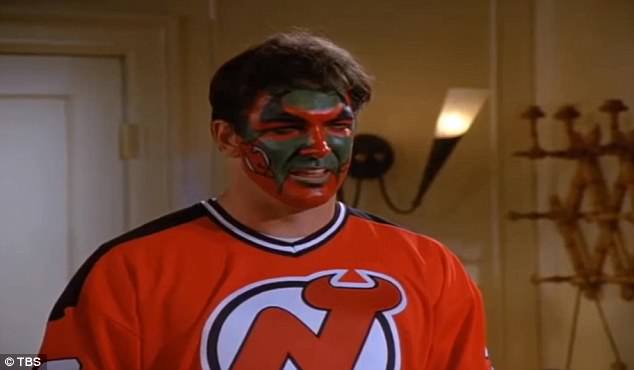 ‘Seinfeld’ character David Puddy, played by Warburton, is seen in the 1995 episode ‘The Face Painter’ 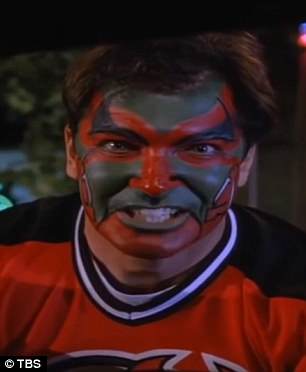 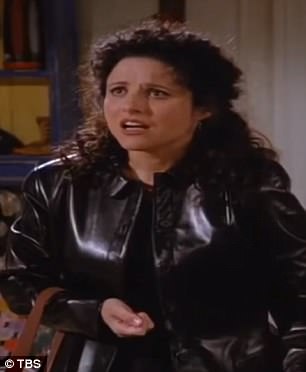 Puddy’s TV girlfriend Elaine, was horrified and embarrassed when she first saw his face in paint before the pair headed to a hockey game in the 1995 episode

On Wednesday, the Devils shared a video showing Warburton at the game in the same spirit.

The New Jersey-born actor is heard cheering to the crowd at Newark’s Prudential Center that ‘we’re the Devils!’

The 53-year-old stripped off his shirt to reveal a letter ‘D’ on his chest, as the crowd cheered.

He twirled a T-shirt around while standing next to the mascot in the stands. 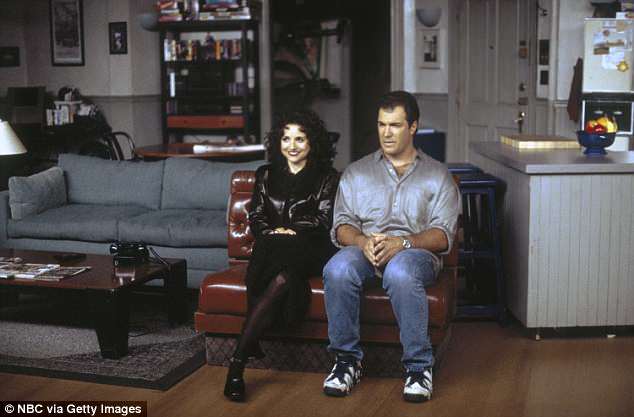 Warburton’s enthusiasm however wasn’t enough to lead the team to victory.

Warburton told NHL.com that he will always be a Devils fan.

‘This is always a lot of fun to be here… I’ve been a Devils fan since they adopted me. The Devils are my team and it is always great to be back here.’

The Devils also seem to be huge fans of the actor. The team posted a photo to social media earlier in the season showing their matching David Puddy shirts. 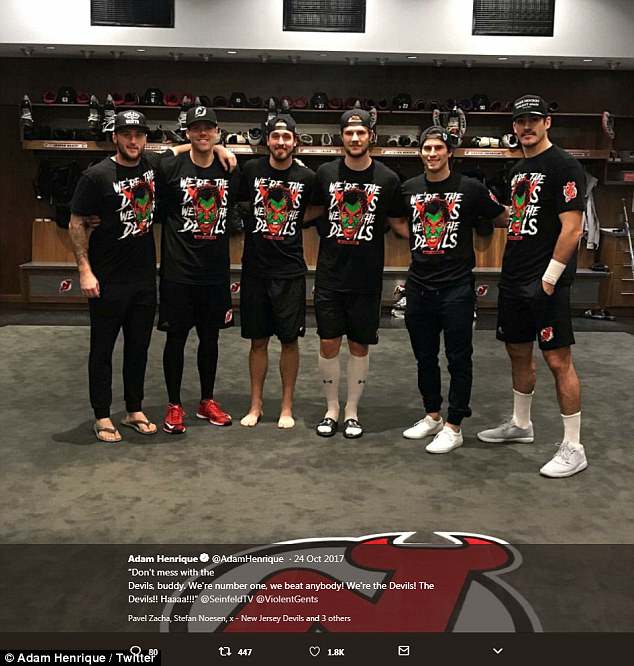 Earlier this season, members of the Devils posted a pic on social media of their matching David Puddy shirts