Richard Herd has died at the age of 87 from cancer related causes.

The character actor passed away this week at his home in Los Angeles as family was around him, a rep told The Wrap on Tuesday.

The Massachusetts native had a long and fruitful career that included a role in the 1979 classic film The China Syndrome with Jane Fonda but he may have been best known for his role on Seinfeld as George Costanza’s boss.

Sad loss for Hollywood: Richard Herd has died at the age of 87 after a long battle with cancer. Seen in 2015

The star worked on 11 episodes of the series that starred Jerry Seinfeld. His character as George’s boss, Mr. Wilhelm, at the Yankees is memorable.

Constanza was played by Jason Alexander, one of the leads of the series which aired from 1989 until 1998.

Herd had said in the past it was ‘easy’ getting the part. 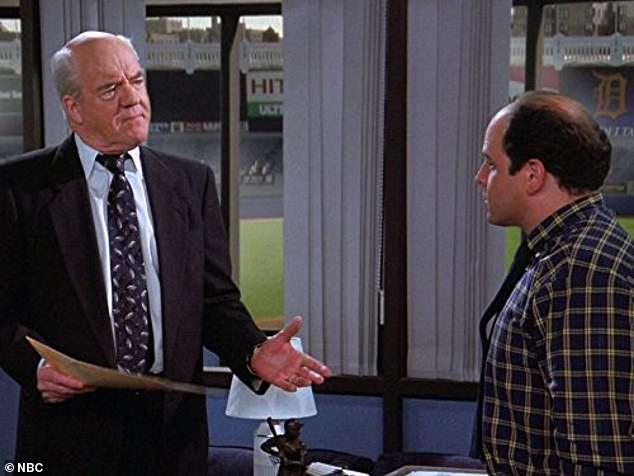 A memorable appearance: The star may have been best known for his role on Seinfeld as George Costanza’s boss at the Yankees; seen with Jason Alexander, right 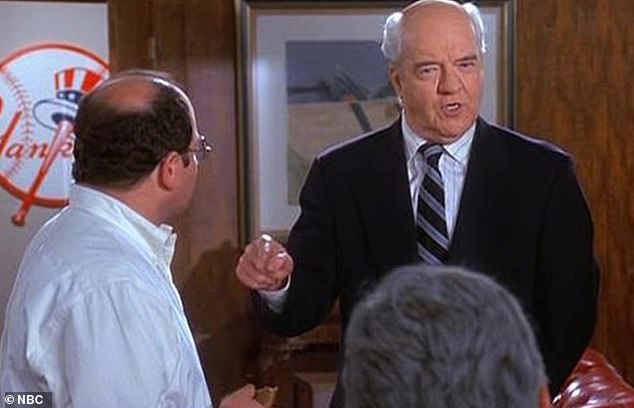 He had staying power: The star worked on 11 episodes of the series that starred Jerry Seinfeld. His character as George’s boss, Mr. Wilhelm

‘It was fun. It was very inviting,’ he shared with The Hollywood Reporter.

‘And as I left, I turned around and said, “Look, I have to tell you this. I hope it doesn’t make a difference, but I’m a Red Sox fan.”

‘And they all threw their scripts at me. The next day they said, “Come on out and play with us.”‘

Other TV shows he appeared on were TJ Hooker and Star Trek. 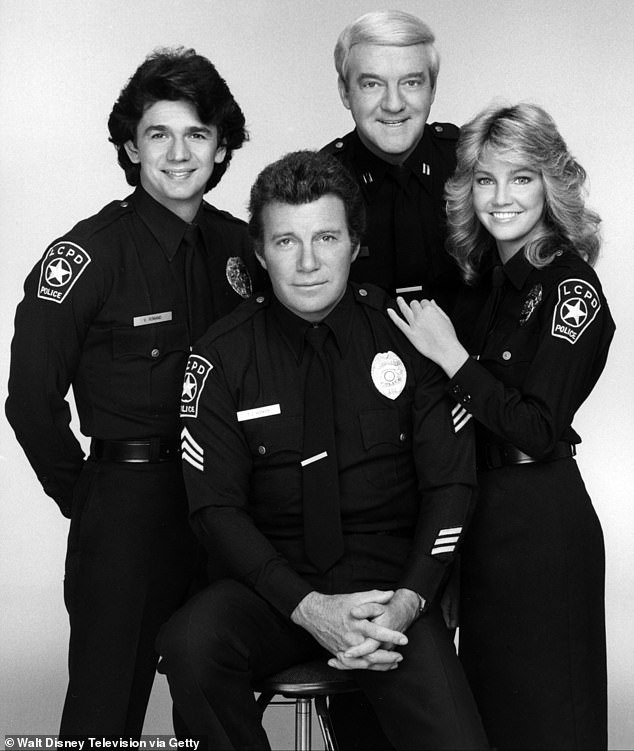 Another hit series: Herd with Adrian Zmed, William Shatner and Heather Locklear on TJ Hooker in 1982 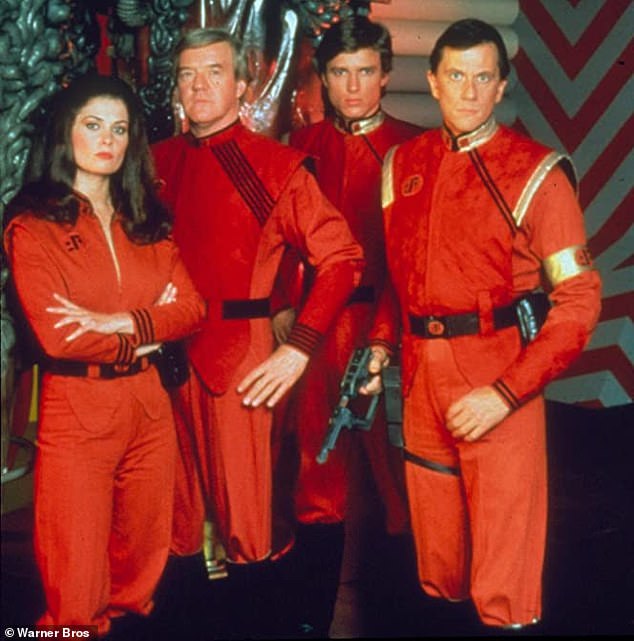 A good lineup of stars: With Jane Badler, Peter Nelson, and Andrew Prine in V: The Final Battle in 1984

The Los Angeles resident seemed to pop up on every TV series going. 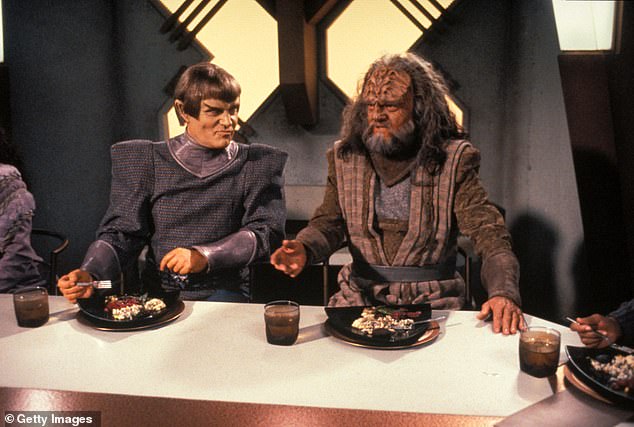 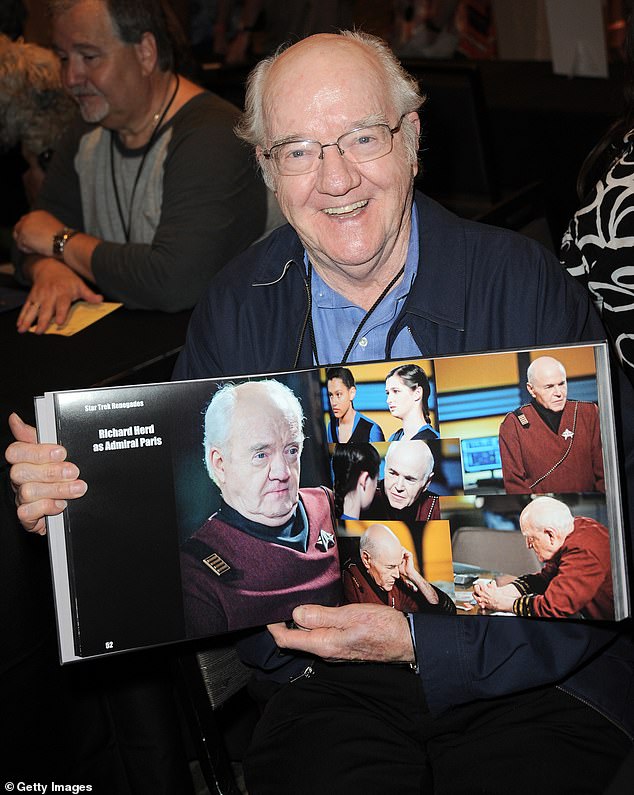 He made the Star Trek book: Herd on day one of The Hollywood Show held in LA in 2015

There was also The A-Team, Murder She Wrote, Midnight Caller, Buffy the Vampire Slayer and The O.C., among many others.

On Hart To Hart, he did two episodes and played two different police officers:

And he hit the popular nighttime soaps like Dallas, Dynasty and Falcon’s Crest. 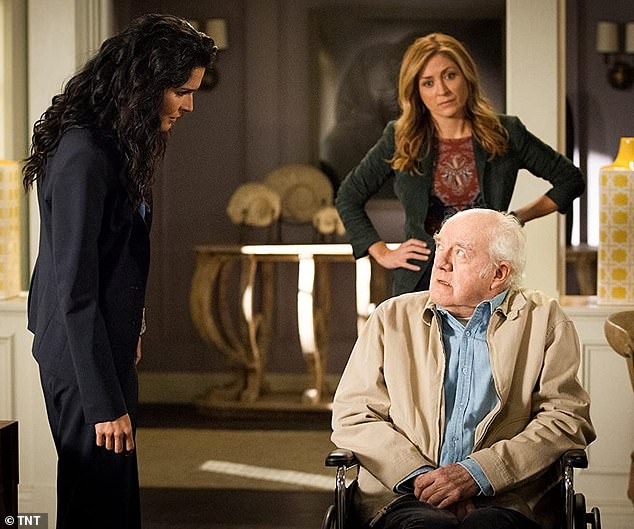 A staple: In 2010 with Angie Harmon and Sasha Alexander on Rizzoli & Isles

In 2007 he played J. Howard Marshall in The Anna Nicole Smith Story.

His film career was also vast and varied. His first big movie was The China Syndrome but he also worked on All The President’s Men and, much more recently, Get Out, as well as Clint Eastwood’s 2018 film The Mule.

His very first role was in 1970 in the movie Hercules in New York.

The performer is survived by Patricia Crowder Herd, his wife of 40 years, as well as his son, daughter, and stepdaughter. 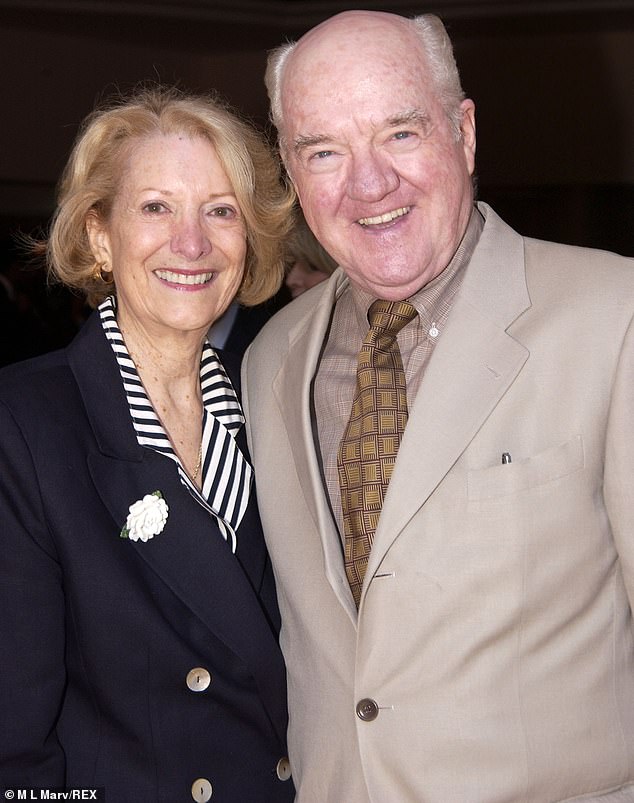 His spouse: The performer is survived by Patricia Crowder Herd (pictured in 2004), his wife of 40 years, as well as his son, daughter, and stepdaughter