She shocked fans when she revealed her secret kidney transplant last month.

And now Selena Gomez and the best friend who gave her the organ are sitting down to reveal more about the operation which saved the singer’s life.

The 25-year-old fought back tears as she told  Savannah Guthrie on Today how she would have died had it not been for Francia Raisa, 29, her best friend who volunteered to give one of her kidneys up when Selena’s went into failure in May.

‘It was really kind of life or death,’ Gomez, whose battle with Lupus is well-documented, told Guthrie.

Gomez, who has since bounced back to work, also revealed that she did not want to ask ‘a single person’ for an organ when she discovered she needed the transplant.

‘My kidneys were just done. That was it and I didn’t want to ask a single person in my life.

‘That was the day I came home and she volunteered, she did it,’ she said solemnly.

When Guthrie probed: ‘You feel like Francia saved your life?’ the singer responded without hesitation: ‘Because she did. That’s it.’

The interview will be shown in three parts; the first two will be aired on Today on Monday October 30 and Tuesday October 31.

The third will be shown on NBC Nightly News with Lester Holt.

Gomez, who has a staggering Instagram following of 128 million, revealed the transplant on September 14 by sharing a photograph of her and Francia in their hospital gowns holding hands.

‘So I found out I needed to get a kidney transplant due to my Lupus and was recovering. It was what I needed to do for my overall health,’ she said candidly. 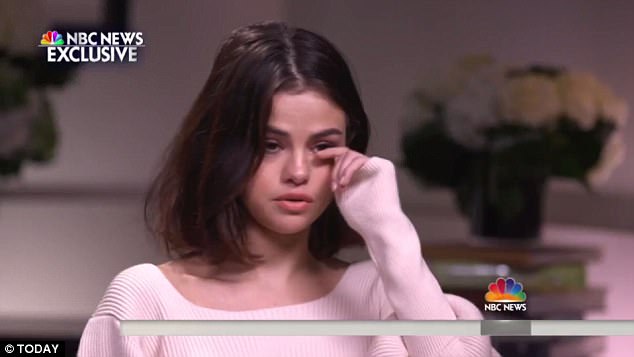 Gomez, 25, fought back tears as she described how her best friend saved her life after she was hospitalized with organ failure as a result of her ongoing battle with Lupus 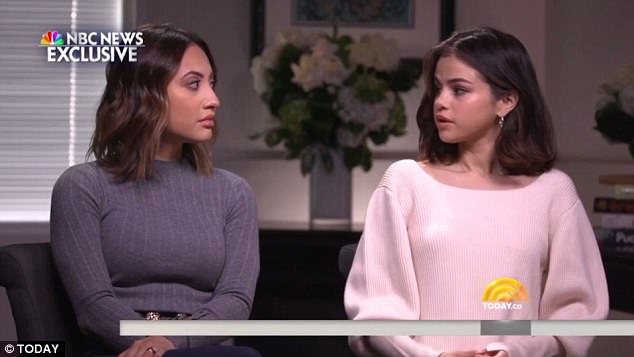 Gomez revealed for the first time how Raisa, 29, volunteered to donate one of her organs when she discovered her best friend’s health battle 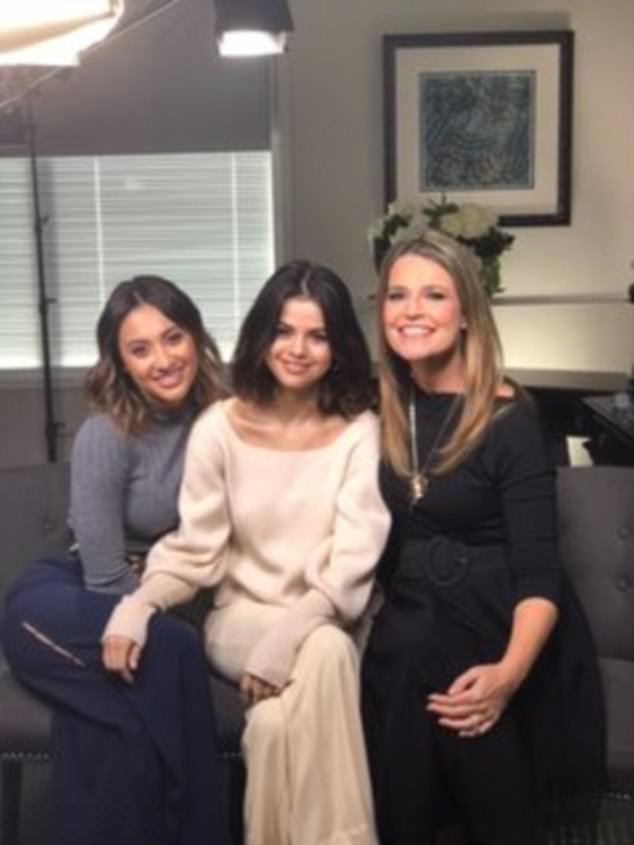 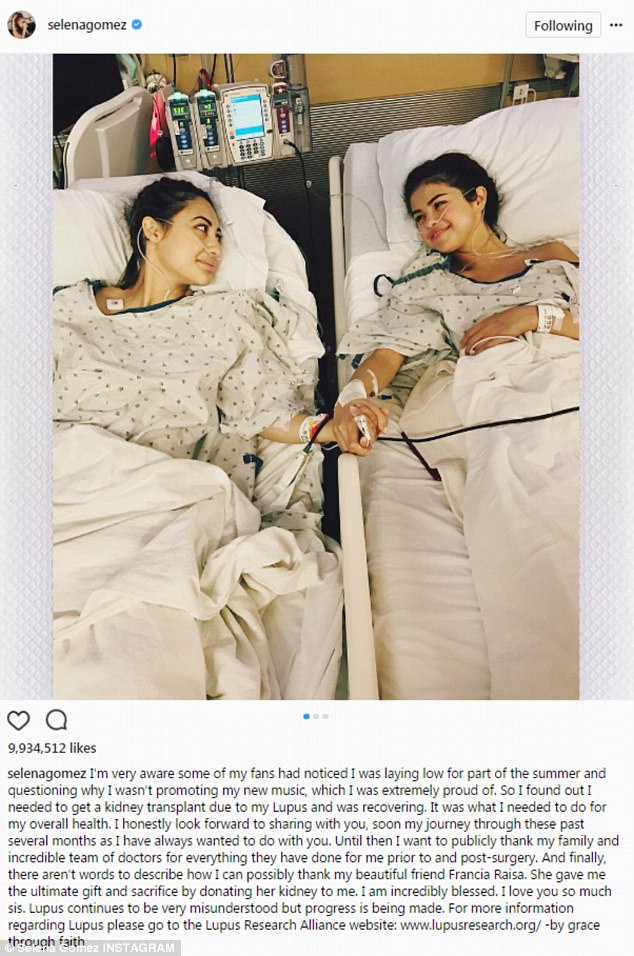 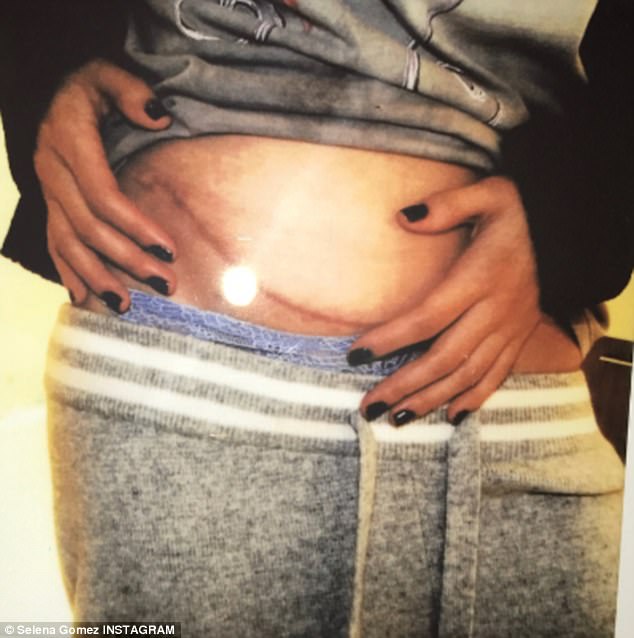 The starlet thanked her friend, calling her ‘sis’ and crediting her with saving her life.

‘There aren’t words to describe how I can possibly thank my beautiful friend Francia Raisa.

‘She gave me the ultimate gift and sacrifice by donating her kidney to me. I am incredibly blessed. I love you so much sis,’ she wrote.

Her announcement triggered a wave of donations to The Lupus Research Alliance: $500,000 was raised in response to it, the highest amount it has ever received.

Gomez’s boyfriend, The Weekend, was rumored to have been by her side throughout her recovery in hospital.

Raisa, who is an actress herself, spoke humbly of her generous gesture in her own social media posts last month.

‘I am beyond grateful that God would trust me with something that not only saved a life, but changed mine in the process.

‘This was part of our story, and we will share it soon, but what is important now is that this is not the only story,’ she said, sharing the same photograph as Selena had earlier. 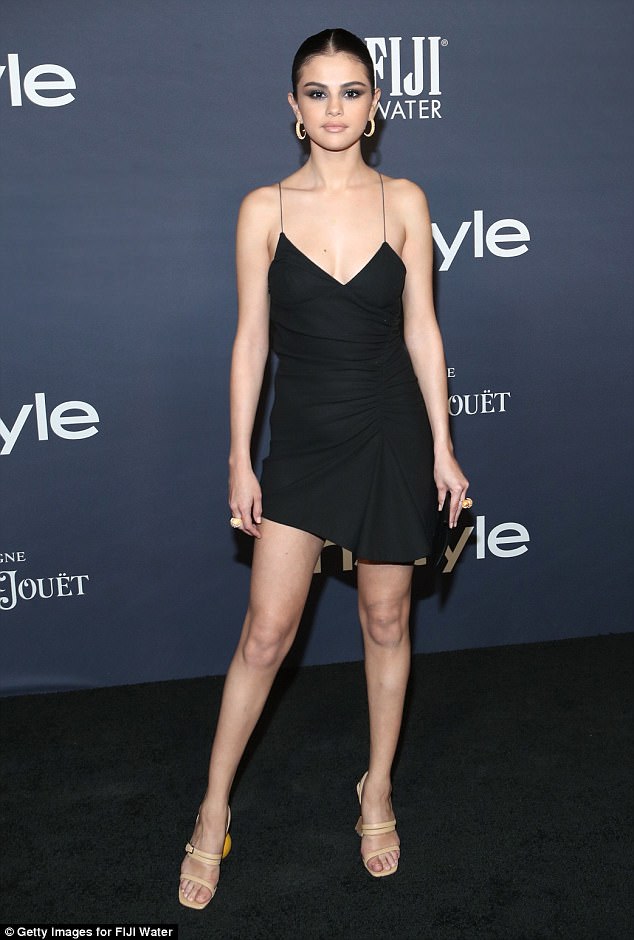 Gomez has since bounced back to health. She is pictured on October 23 at the InStyle Awards in Los Angeles