Onlookers have filmed the shocking moment a group of brazen tourists trashed Australia’s most iconic beach while celebrating Christmas.

Towards the end of the day, festivities soured for one shocked beachgoer who spotted a group of tourists departing, leaving behind their pile of rubbish on the sand for someone else to clean up.

The footage titled ‘Dirty bastards in Bondi beach’ shows the group donning Santa hats walking up the ramp towards the promenade, where several bins are spotted just metres away.

The camera then zooms in on the mess left behind.

‘They just left and what they left behind,’ the man says.

A second clip shows the abandoned rubbish left behind by the ‘filthy animals.’

‘I hope I see them again some day,’ the man says.

He uploaded the videos to TikTok which have since racked up almost 50,000 views combined.

He claimed the group were British tourists.

‘They were from UK because I told them to pick it up but I didn’t want to argue,’ the man wrote within the comments. 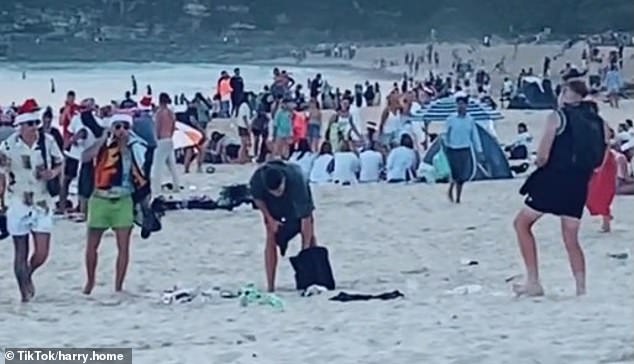 ‘Not a good behaviour, if anyone choose Australia as motherland respect it respect country law. Respect culture,’ one commented on a video.

Another added: ‘This is why I stopped living in Bondi it’s crowded with too many tourists over summer and none of them care.’

A third wrote: ‘It’s not hard to pick up after themselves.’

Bondi wasn’t the only Sydney beach trashed by revellers on Christmas Day.

Nearby Bronte was turned into a rubbish dump with bottles, boxes carrier bags, abandoned clothing, underwear, discarded belongings and even drug paraphernalia strewn across much of the grassed area.

It took more than a day for council cleaners to return Bronte to a pristine state, despite locals pitching in to help. 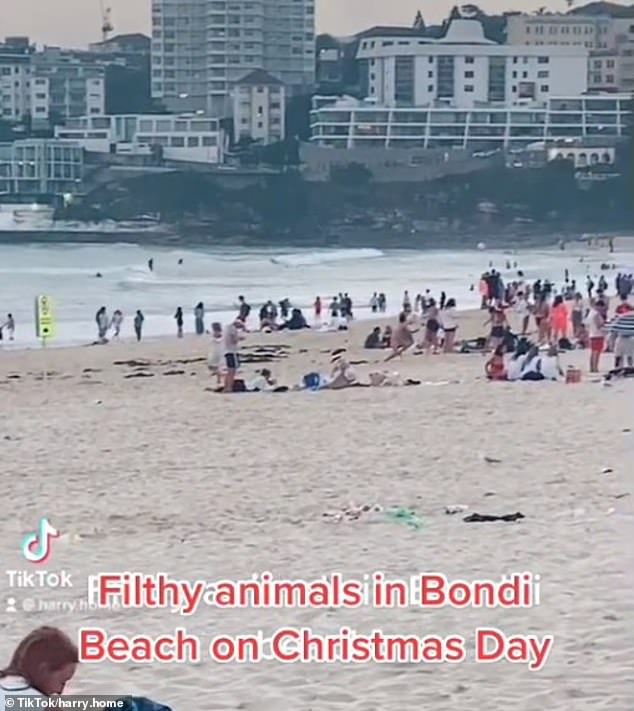 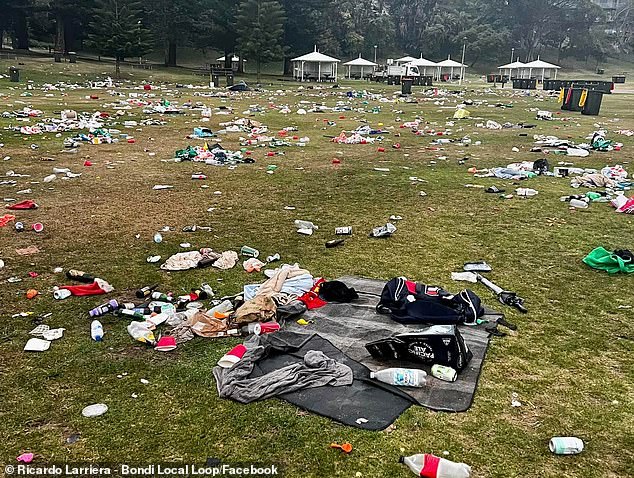 ‘Keeping our public open spaces free and available for all to enjoy is a quintessential Aussie value. But it also means those enjoying these wonderful places have a responsibility to do the right thing,’ Waverley mayor Paula Masselos wrote Facebook.

‘Council put on extra resources, as did the police, to keep the place looking good and to keep people safe as they enjoy themselves. This trashing of our public spaces is not OK.

The mayor promised much tougher action on litterbugs during Australia Day celebrations next month.

‘I’ll be talking to our police, rangers, other officers and councils, to look at what we might be able to do to deal with this kind of situation,’ she told the Sydney Morning Herald.

‘It might be we need to put on even more patrols. It might be police. But that doesn’t stop [the problem of] what to do with all the rubbish left. There are a number of options, some more draconian than others.’ 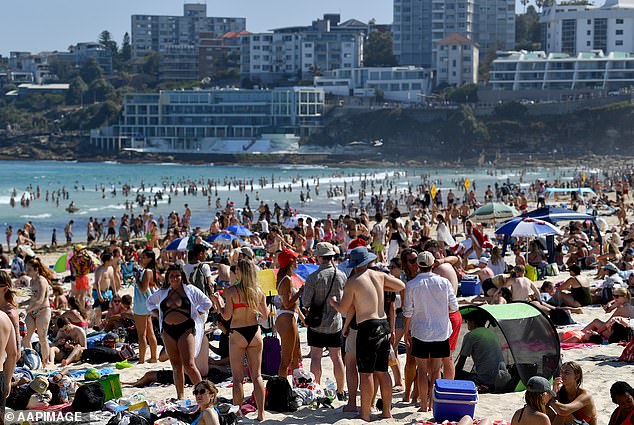 Earlier on Christmas Day, Bondi Beach was packed with thousands of festive revellers