Selfridges is evacuated after man sprays victim with CS-style gas

A Selfridges was evacuated this afternoon after a man sprayed another with a CS-style gas inside the store.

Nine shoppers were treated on Oxford Street, London for effects of the unknown substance, which Metropolitan Police said was similar to a riot control agent.

The man, in his 20s, was detained by security after he released the substance at around 1.30pm. He was later arrested on suspicion of affray.

A Metropolitan Police spokesperson said: ‘Police were called to a shop in Oxford Street, W1, on Thursday, 16 July, at 13.39hrs to reports of a disturbance.

Nine shoppers were treated on Oxford Street for effects of the spray, which Metropolitan Police said caused a similar reaction to the riot control agent 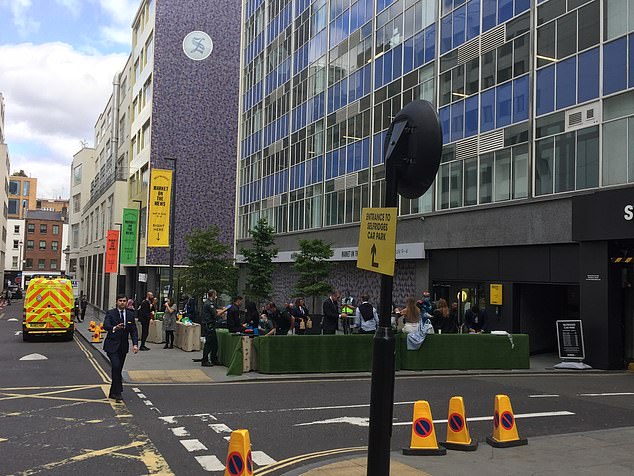 The man, in his 20s, was detained by security after he released the substance and later arrested on suspicion of affray. Pictured: the scene

‘Officers attended along with London Ambulance Service (LAS). It was reported that a man, in his 20s, had been detained by security staff after he sprayed another man with an unknown substance, which causes similar effects to CS gas.

‘The man was arrested on suspicion of affray. He has been taken into custody.

‘A group of nine members of the public have been treated at the scene for effects of the spray.