Florida Sen. Marco Rubio’s attempt to pay tribute to Georgia Rep. John Lewis resulted in a social media gaffe when he accidentally posted a photo of himself with Rep. Elijah Cummings.

Lewis passed away at age 80 on Friday following a fight with Stage IV pancreatic cancer.

Rubio was among the Lewis’ many political colleagues who took to social media with tributes to the civil rights icon when news of Lewis’ death broke.

Sen. Marco Rubio’s attempt at paying tribute to Rep. John Lewis turned into a social media gaffe after he accidentally posted this image of himself with Sen. Elijah Cummings on Twitter

‘It was an honor to know & be blessed with the opportunity to serve in Congress with JohnLewis a genuine & historic American hero. May the Lord grant him eternal peace,’ Rubio tweeted Saturday afternoon, according to a screengrab obtained by Business Insider.

Rubio attached a photo of himself chatting with a man who he clearly thought was Lewis, but – as social media denizens pointed out – was actually Cummings, who died in October 2019.

After realizing the error, Rubio deleted the tweet, replacing it with a new tribute and image. He also acknowledged his mistake.

‘Earlier today I tweeted an incorrect photo,’ Rubio wrote in the new tweet. ‘John Lewis was a genuine American hero.’ 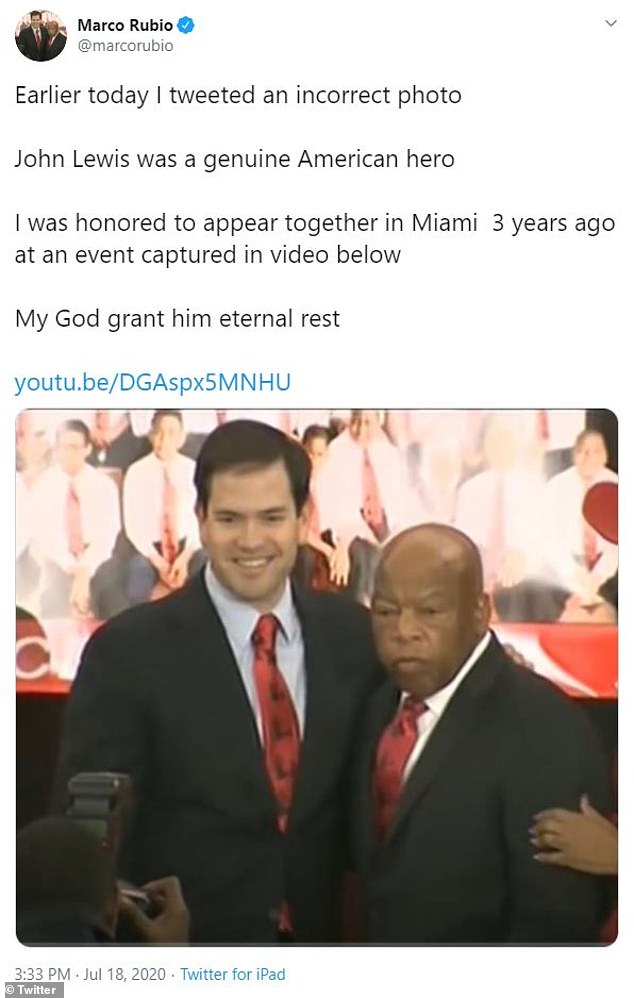 Rubio deleted his original tweet and replaced it with this one, including an image of himself with Lewis, and admitting his previous mistake 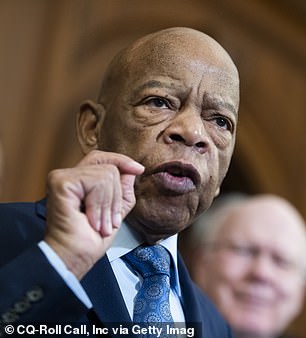 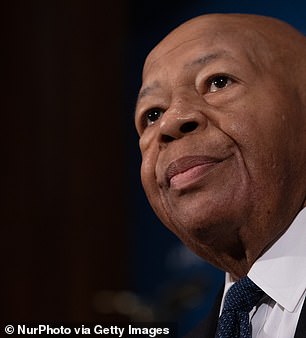 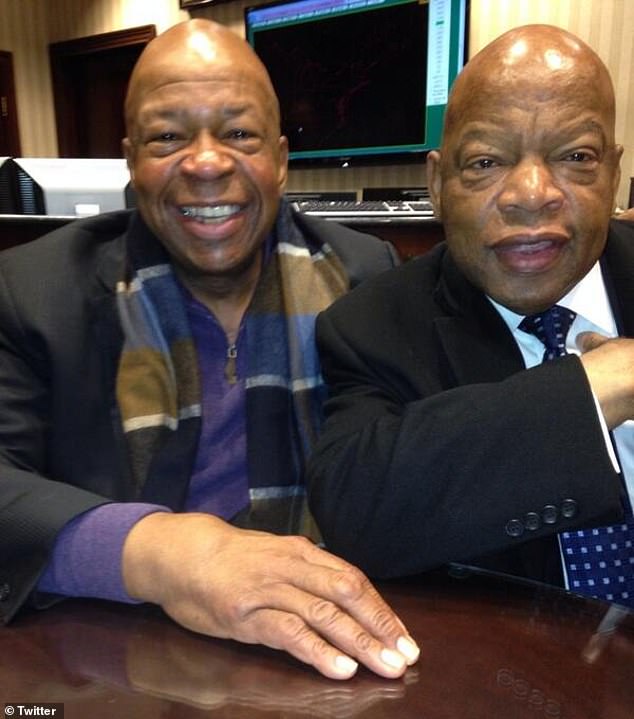 Cummings (left) tweeted this photo of himself with Lewis (right) together in 2013. Lewis jokingly issued a press release stating he would grow a beard to help distinguish between them on April 1, 2019, while both men were still alive

Rubio added, ‘I was honored to appear together in Miami 3 years ago at an event captured in video below My God grant him eternal rest.’

Lewis and Cummings were more than 10 years apart in age, but that didn’t stop the two black men from being confused with each other over the years while serving as elected officials.

Over the years, media outlets have also mixed up images of the two men while reporting on them.

In June 2019, Fox News apologized for a ‘technical snafu’ after it ran a clip of Lewis while talking about Cummings. The chyron for the clip labeled Lewis as Cummings, even though the clip itself showed Lewis sitting in front of a nameplate that said, ‘Mr. Lewis.’

In December 2019, CBS News issued an apology after using a photo of Cummings while reporting on Lewis’ cancer diagnosis.

Interestingly, both incidents occurred months after Lewis turned the apparently not unusual confusion between the two men into an April Fools’ joke.

In the press release, which was posted on April 1, Lewis was quoted as saying: ‘Just this weekend, I went to church in Maryland. Someone came up to me and said, “Hi, Mr. Cummings! I vote for you all the time.”‘

According to the release, Lewis’ said, ‘I just said thank you. What else could I say? That’s when I decided, I should just grow a beard.’

The joke continued, with the determination that ‘years of “baldist” press reports that have confused the two famously clean shaven, African-American members of Congress’ was partially responsible for Lewis’ sudden desire to grow a beard.

‘Both are outspoken opponents of the administration and have served in the House more than 53 years combined. To make things even more confusing, Rep. Cummings is chairman of the House Oversight and Reform Committee, while Rep. Lewis chairs the Oversight Subcommittee of the House Ways and Means Committee,’ the release also stated.

People on the street, beyond the supposed lady at church, were also known to mix up the two men, the release stated.

‘People stop me all the time and tell me they’re from Maryland,’ Rep. Lewis said in the release. ‘I’m John Lewis, from Georgia. Rep. Cummings is a good friend of mine, but we’re not the same person.’

Lewis was then quoted as saying that prior to deciding to grow a beard, he thought about tattooing the back of his bald head ‘just to clear things up.’

‘I tried to convince Elijah to get one too, but that didn’t go over so well,’ Lewis said.

Noting the age gap between the two men – Cummings was still alive when the phony release was issued – Lewis said that ‘Elijah’s younger than me, so I guess being mistaken for him is kind of a compliment. Maybe one day when I have a schedule conflict, I’ll see if he wouldn’t mind sitting in a hearing for me. You think anybody would notice?’