A group of Democratic senators introduced legislation to mark June 19th – or Juneteenth – a national holiday to mark the end of slavery and acknowledge ongoing racial wounds.

The bill was announced by Sen. Kamal Harris, a California Democrat who is on former Vice President Joe Biden’s short list of possible vice presidential candidates.

‘On Juneteenth, we remember the millions who suffered, died, and survived the crushing reality of slavery in America, and recommit ourselves to continuing in the fight for equal justice for all. Without question, it should be recognized with the respect of a federal holiday,’ Harris said in a statement.

Senator Kamala Harris, a Democrat from California, announced the introduction of legislation to make Juneteenth a national holiday

Juneteenth marks the day when slaves in Galveston, Texas learned of the Emancipation Proclamation two years after President Lincoln signed it, when it was read to enslaved people by Gen. Gordon Granger.

It comes amid ongoing national discussions and protests following the death of George Floyd, a black man, during his arrest by Minneapolis police.

Said Booker: ‘Juneteenth is about reclaiming our history, rejoicing in the progress we’ve made, and recommitting to the work yet undone. Our nation still has a long way to go to reckon with and overcome the dark legacy of slavery and the violence and injustice that has persisted after its end.’ 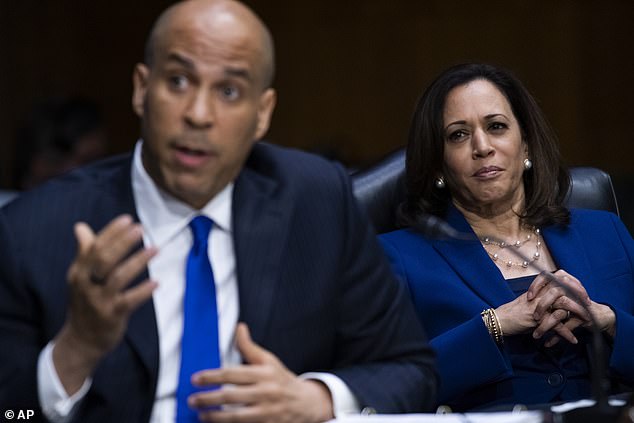 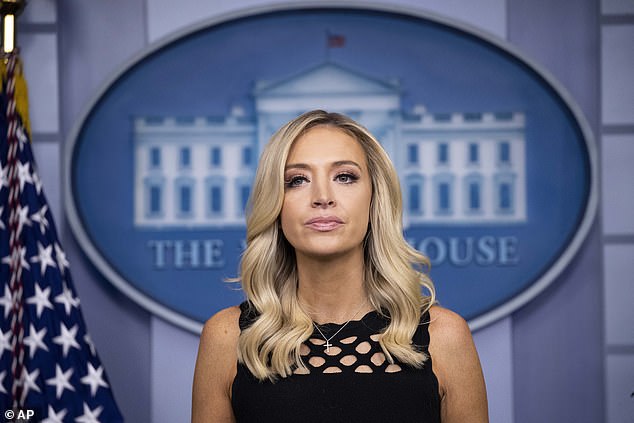 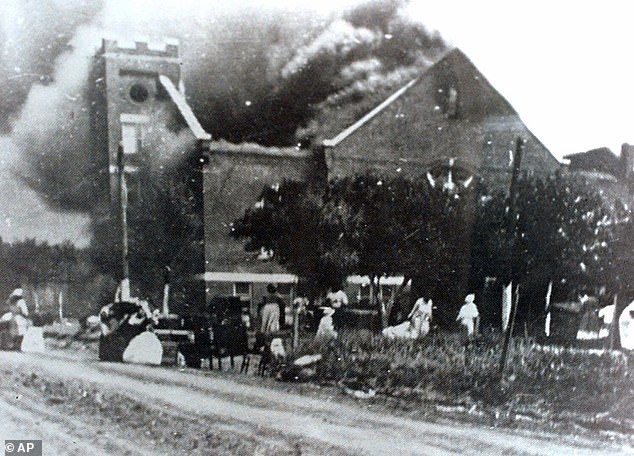 In this 1921 file image provided by the Greenwood Cultural Center via Tulsa World, Mt. Zion Baptist Church burns after being torched by white mobs during the 1921 Tulsa massacre. President Trump moved a campaign rally original scheduled for Friday, which is Juneteenth. It is now set for Saturday 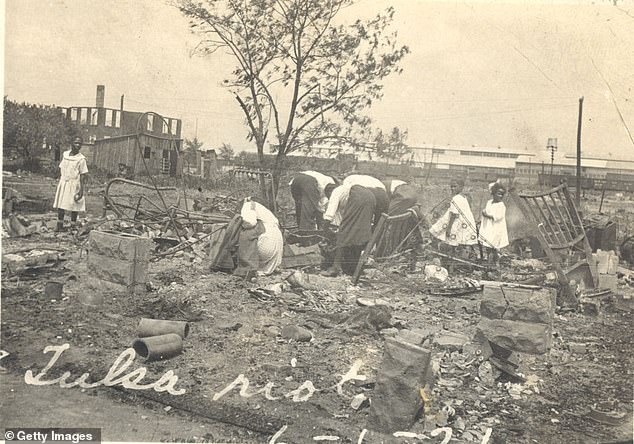 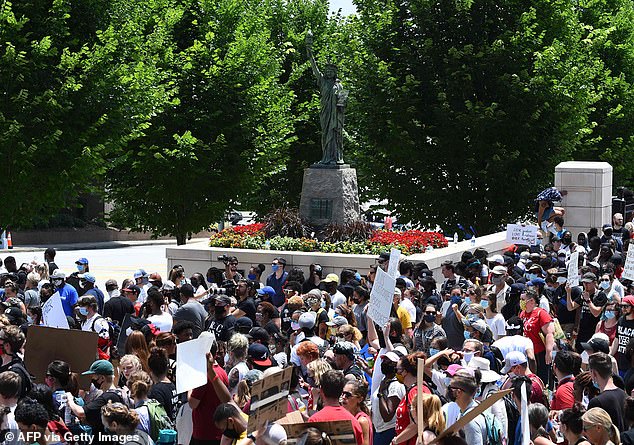 Protesters march outside the Georgia State Capitol during a rally to mark Juneteenth on June 19, 2020, in Atlanta, Georgia

It comes the day before Trump holds a campaign rally in Tulsa, having moved back the event by a day after observers noted it fell on Juneteenth and was held in a city with a horrific episode of racial violence.

Trump noted in a presidential message Friday that ‘Juneteenth reminds us of both the unimaginable injustice of slavery and the incomparable joy that must have attended emancipation. It is both a remembrance of a blight on our history and a celebration of our Nation’s unsurpassed ability to triumph over darkness.’

‘This Juneteenth, we commit, as one Nation, to live true to our highest ideals and to build always toward a freer, stronger country that values the dignity and boundless potential of all Americans,’ he added.

Said Cornyn, who served previously as the Senate whip, ‘As the list of black men and women killed by police officers in custody grows, the calls for action are getting louder and louder, as they must, and as they should. There is a clear and urgent need for leaders at every level to come together, and to deliver the change that we need to deliver, in order to match up with our ideals.’

White House press secretary Keyleigh McEnany responded Friday to Trump’s previous claim that until recently ‘nobody had ever heard of’ Juneteenth.

She said Trump had ‘routinely commemorated Juneteenth.’ She added: ‘He did not just learn about Juneteenth this week,’ and pointed to a spike in Google searches about it. She didn’t respond directly to whether Trump favored the new national holiday. 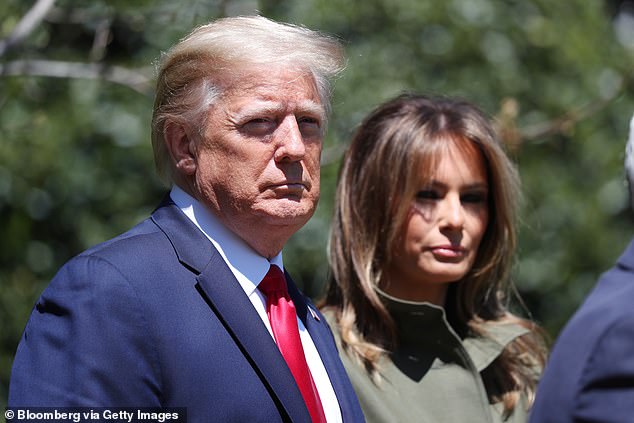 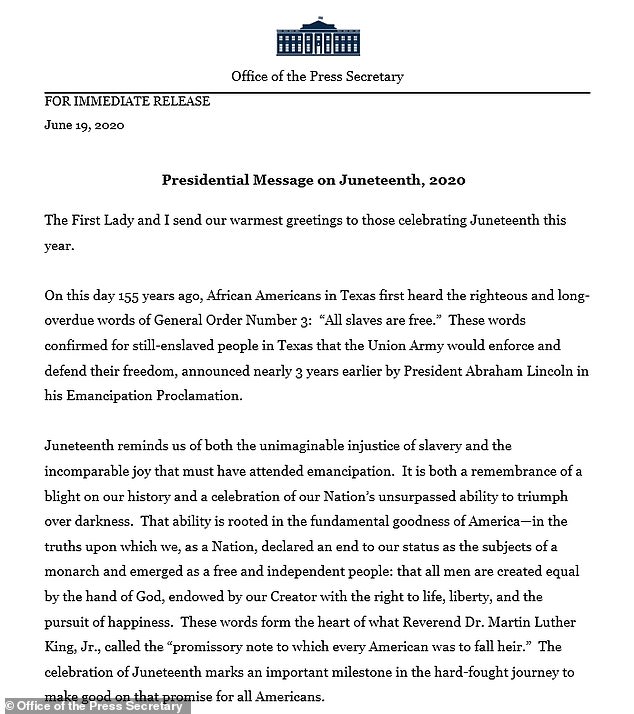 Other proposals being floated would mark the January 1, 1863 Emancipation Proclamation, or the ratification of the 13th Amendment December 6, 1865.

‘I did something good: I made Juneteenth very famous,’ Trump told the Wall Street Journal during an Oval Office interview published Wednesday.

‘It’s actually an important event, an important time. But nobody had ever heard of it. Very few people have heard of it,’ the president claimed referring to negative news coverage he received after announcing the rally date.

The Senate legislation would designate Juneteenth as a national public holiday, to be called the Juneteenth National Independence Holiday.