Senator Dianne Feinstein (D-Calif.) said on Friday that she plans to introduce legislation that will raise the age limit to buy a rifle from 18 to 21.

‘Licensed gun dealers cannot sell a handgun to anyone under 21, but they are allowed to sell assault rifles like the AR-15 to anyone over 18. This policy is dangerous and makes absolutely no sense,’ Feinstein said in a statement.

‘If you can’t buy a handgun or a bottle of beer, you shouldn’t be able to buy an AR-15,’ she continued. ‘This is common sense, and I hope my Republican colleagues will join me in this effort.’

Sen. Dianne Feinstein (pictured) walks through the senate basement following a vote on Capitol Hill on January 11, 2018 in Washington, DC

Feinstein (D-Calif.) said on Friday that she plans to introduce legislation in the coming days

Following the rampage of Nikolas Cruz on Wednesday during which he killed 17 with a legally obtained weapon at a Florida high school, many are asking why a liquor store is stricter than a gun store.

As federal law currently stands, individuals under the age of 21 are prohibited from purchasing handguns. Licensed gun dealers, however, are allowed to sell ‘long guns’ and other assault style rifles to adult teenagers. 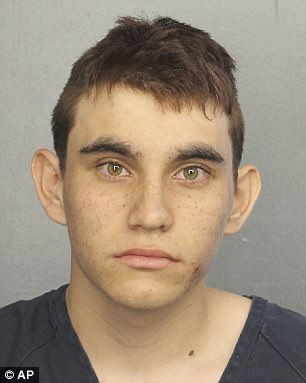 Following the rampage of Nikolas Cruz (pictured) on Wednesday during which he killed 17, many are asking why a liquor store is stricter than a gun store

Some gun-shy states such as California and New York impose their own stricter regulations ontop of the federal law, so even though they will sell hunting rifles to 16-year-olds, assault rifles such as the AR-15 are totally banned.

But some states like Kentucky and Kansas do not bolster the bare federal law at all, meaning that legally it would be up to the conscience of the dealer to sell or not to sell to anyone old enough to exchange money and buy an AR-15.

In 1994, then President Bill Clinton signed a federal ban on the sale, possession and manufacturing of what it called ‘assault weapons’ and large-capacity magazines.

The law, however, expired in 2004 and was not renewed by congress.

Despite the mishmash of gun laws across the nation according to the Giffords Law Center there are 30 states that have 18 as a minimum age to buy an AR-15.

But of course the United States has a drinking age of 21, meaning that a teenager can legally arm himself with enough weaponry to kill 17 at Marjory Stoneman Douglas High School, but to drink one can of beer is breaking the law. 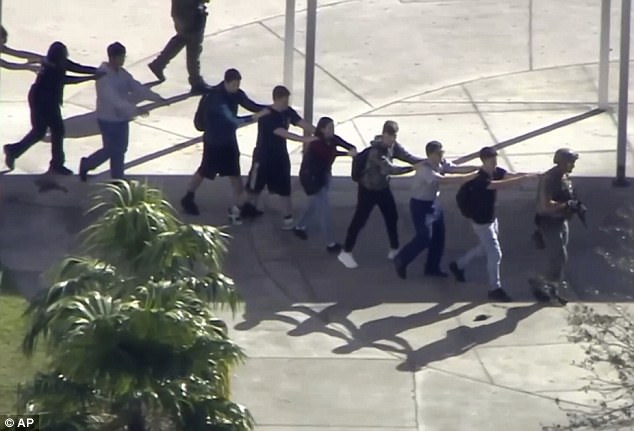 In this frame grab from video provided by WPLG-TV, students from the Marjory Stoneman Douglas High School in Parkland, Fla., evacuate the school following a shooting