Senator Orrin Hatch trolls Google after it lists him as dead

‘Reports of my demise are greatly exaggerated,’ Senator Orrin Hatch trolls Google and tweets proof of life after search engine lists him as dead

Republican Senator Orrin Hatch is trolling Google after the search engine listed him as dead, tweeting a proof of life and noting ‘the reports of my demise have been greatly exaggerated.’

The senator from Utah also joked that he’s advanced three bills during his demise which means, ‘even in death,’ he ‘remains one of the Senate’s most prolific legislators.’

The jokes began when the senator’s office discovered that Google falsely listed Hatch as having died in 2017. 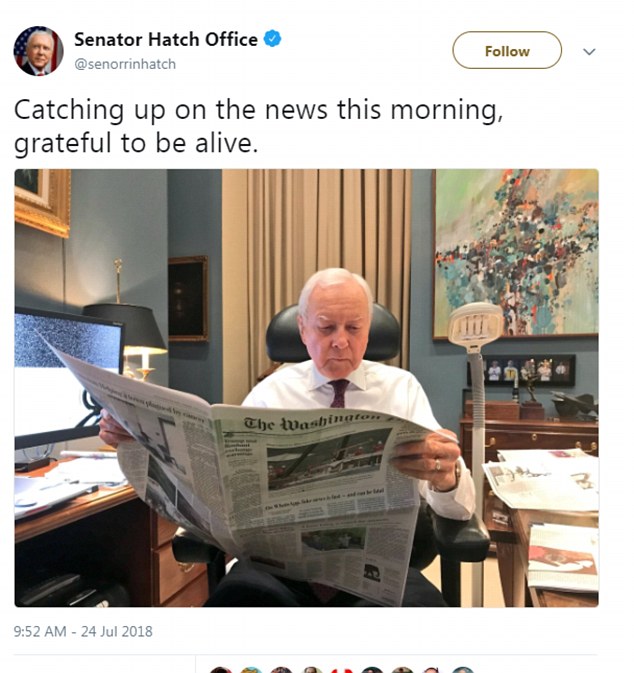 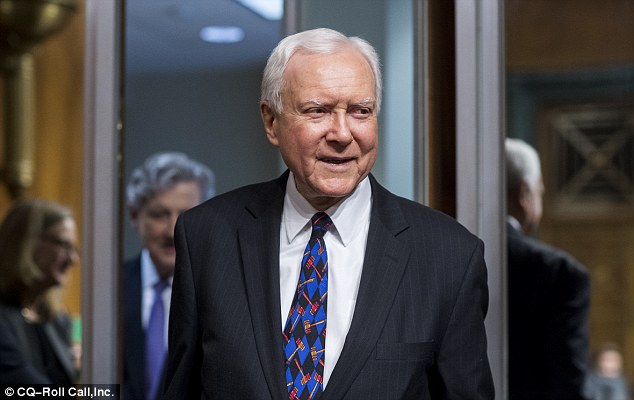 Sen. Orrin Hatch is the longest serving Republican senator in the chamber’s history

His office tweeted a screen shot of the mistake with the note: ‘Hi.. @Google? We might need to talk.’

Since then, his office has offered repeated proof the senator is alive, tweeting out of photos of his last birthday party – where the theme was bacon – his meetings with officials, reading the newspapers, and signing legislation.

Tuesday morning there was a tweet of the senator reading The Washington Post with the note: ‘Catching up on the news this morning, grateful to be alive.’

There was also a short video of Hatch offering a play on Mark Twain’s famous quote by saying: ‘The reports of my demise have been greatly exaggerated.’

As the most senior senator, Hatch, 84, serves as President Pro Temp of the Senate – a ceremonial role that requires him to sign legislation the chamber passes and makes him third in the line of succession to the presidency after the vice president and speaker of the House.

In January of this year, Hatch announced that he will retire from the Senate at the end of his current term, January 3, 2019.

Mitt Romney is running to replace him and is favored to win. 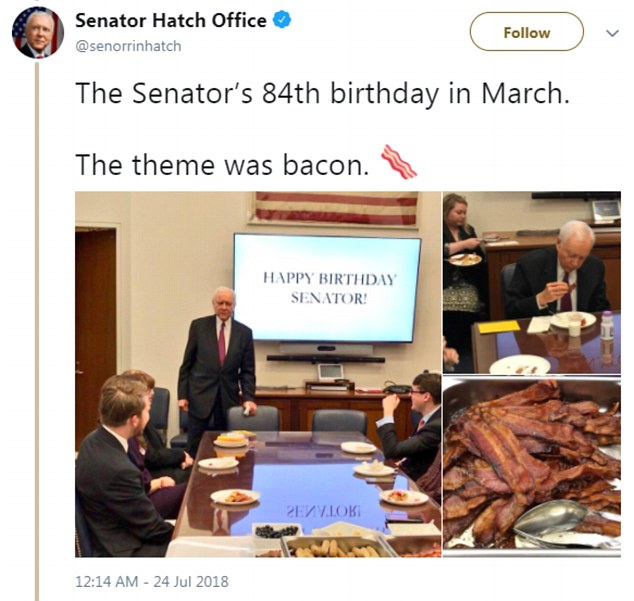 Bacon was the theme of the senator’s last birthday party 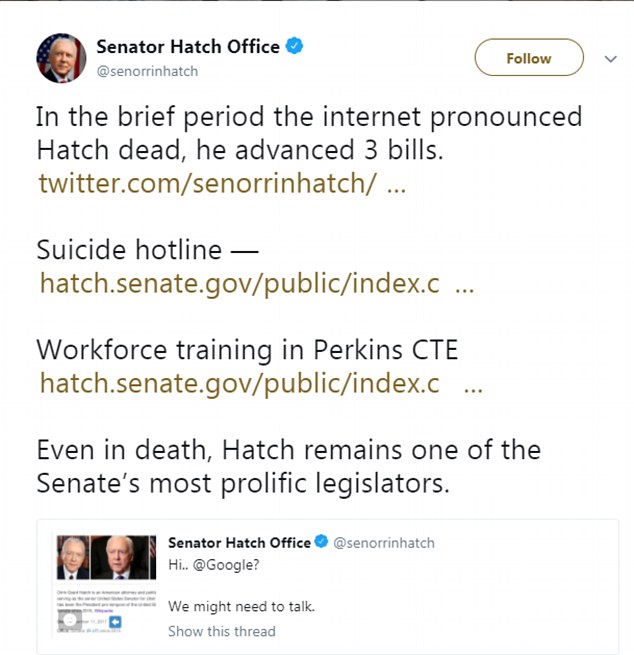 Having been a senator since 1977, Hatch is the longest-serving Republican senator in U.S. history .

The social media campaign was successful: Google changed its search result in order to reflect that Senator Hatch is indeed alive.