Two powerful congressional panels are now calling for Facebook CEO Mark Zuckerberg to come and testify under oath about how data for 50 million users got into the hands of a data firm hired by the Trump campaign.

The company has come under enormous scrutiny – and his stock price has been battered – after revelations about data firm Cambridge Analytica, which was able to gain access to user data using an electronic survey that went out to a fraction of the people whose data they got.

The Senate Commerce Committee on Friday called for Zuckerberg to come and explain how Facebook would ‘safeguard users’ data.’ A letter released Friday from panel chair Sen. John Thune of South Dakota and Bill Nelson of Florida made the request.

‘We believe Mr. Zuckerberg’s testimony is necessary to gain a better understanding of how the company plans to restore lost trust, safeguard users’ data, and end a troubling series of belated responses to serious problems,’ the senators said.

‘We appreciate the efforts Facebook and its employees have already made to assist our committee and will work with them to find a suitable date for Mr. Zuckerberg to testify in the coming weeks.’

Senate Judiciary Committee staff met with Facebook on Thursday, an aide told DailyMail.com. That panel is another venue where Zuckerberg could be called to speak.

Zuckerberg previously told CNN when asked if he’d be willing to testify: ‘The short answer is I’m happy to if it’s the right thing to do.’

The appearance by one of the world’s richest and most powerful CEOs is certain to draw international coverage.

In the House, another pair of lawmakers asked Zuckerberg to explain at a congressional hearing how 50 million users’ data got into the hands of political consultancy Cambridge Analytica. 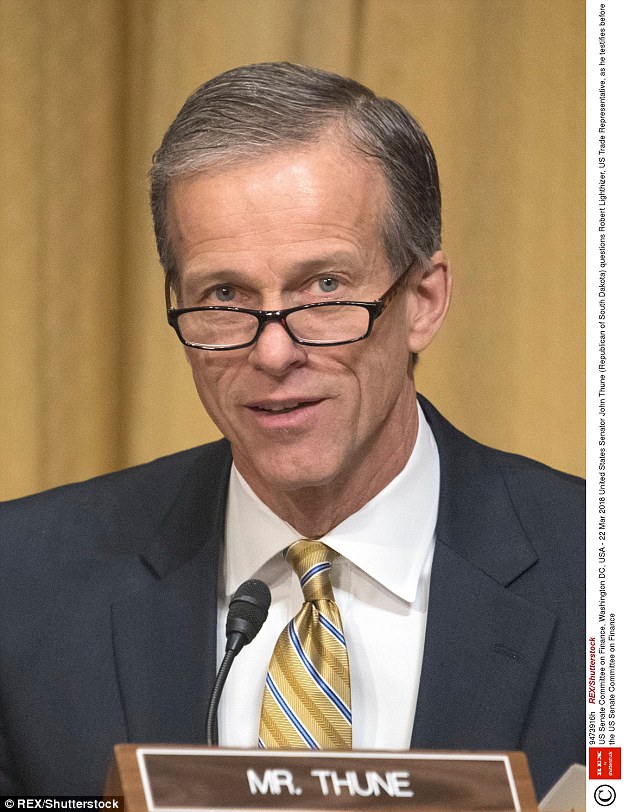 Senator John Thune (above), the committee chairman, and Bill Nelson, the top Democrat on the Commerce Committee, want Zuckerberg to testify 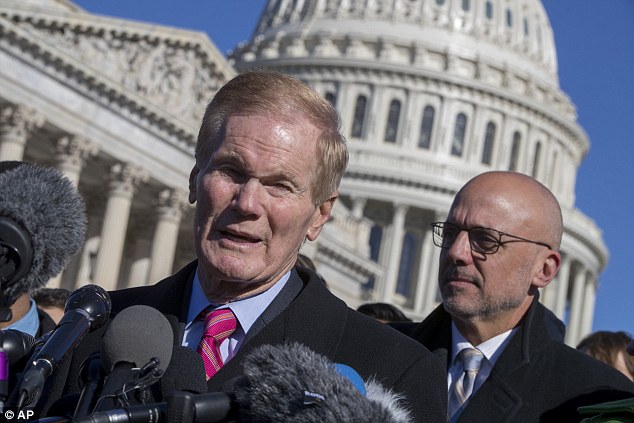 Senator John Thune, the committee chairman, and Bill Nelson (above), the top Democrat on the Commerce Committee, want Zuckerberg to testify 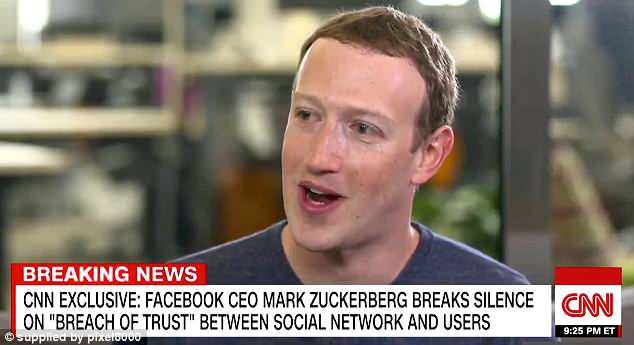 LET’S TALK: Lawmakers began pressuring Zuckerberg to testify after the breach was revealed

The world’s largest social media network is under growing pressure from governments, investors and advertisers. This follows allegations by a whistleblower that British political consultancy Cambridge Analytica improperly accessed users’ information to build profiles on American voters that were later used to help elect U.S. President Donald Trump in 2016.

‘The hearing will examine the harvesting and sale of personal information from more than 50 million Facebook users, potentially without their notice or consent and in violation of Facebook policy,’ chairman Representative Greg Walden, a Republican who chairs the panel, and Frank Pallone, the top Democrat, and other committee leaders wrote in the letter.

The House Energy and Commerce Committee did not say when they planned the hearing but it will not happen until Congress returns from a two-week recess.

Zuckerberg said this week he would be willing to testify if he is the right person at the company to speak to lawmakers.

A Facebook spokesman confirmed the company had received the House letter and was reviewing it, but did not say whether or not Zuckerberg would agree to testify.

Two senators also asked the Federal Trade Commission, the leading U.S. consumer regulator, to investigate if other firms improperly obtained user data from Facebook users. The FTC is reviewing whether Facebook violated a 2011 consent decree it reached with the authority over its privacy practices, a person briefed on the matter told Reuters this week.

Zuckerberg apologized on Wednesday for the mistakes his company had made and promised to restrict developers’ access to user information as part of a plan to protect privacy.

His apology has failed to appease investors and advertisers.

Facebook shares fell on Friday, although not at the pace of earlier in the week. After opening higher, they were down 1.6 percent at $162, and have fallen around 12 percent since last Friday. The company has lost more than $50 billion in market value since the allegations surfaced.

Advertisers Mozilla and German bank Commerzbank have suspended ads on the service and the hashtag #DeleteFacebook remained popular online.

On Friday, electric carmaker Tesla Inc’s and its rocket company SpaceX’s Facebook pages – each with more than 2.6 million followers – were deleted after Chief Executive Elon Musk promised to do so.

‘I didn’t realize there was one. Will do,’ Musk wrote on Twitter, responding to a person urging him to delete the SpaceX page. The Tesla page was taken down shortly afterwards. ‘Definitely. Looks lame anyway,’ Musk tweeted.