A senior policewoman is facing questions over her links to the key witness in a failed female genital mutilation prosecution that cost taxpayers tens of thousands of pounds.

DCI Leanne Pook took control of the investigation after campaigner Sami Ullah claimed a minicab driver had told him he had allowed his daughter to undergo the barbaric practice.

But last week, a judge threw out the ‘deeply troubling’ case, which prosecutors had hoped would bring about the UK’s first FGM conviction.

And today The Mail on Sunday can reveal that DCI Pook is a trustee of the anti-FGM charity where Mr Ullah worked and has known him personally for several years.

Last night, critics said Avon & Somerset Police must explain why it allowed DCI Pook to head a case involving a friend and even take a formal statement from him. 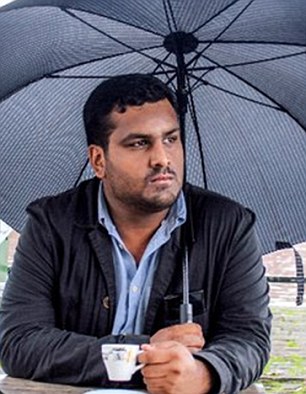 Local MP Ian Liddell-Grainger told The Mail on Sunday: ‘That is unbelievable – it’s a total conflict of interest. This shows there are major issues at Avon & Somerset Police – the force is losing credibility with the public it’s there to serve.’

The case began in March 2016 when Mr Ullah took a ten-minute journey in a minicab from Bristol Temple Meads railway station to the offices of Integrate, where he worked as events co-ordinator.

Mr Ullah claimed he asked the driver if he knew what FGM was, using the Somali word ‘suna’, and the driver made a scissors motion with his fingers and replied: ‘You mean to cut?’

His initial statement was taken by DCI Pook, who became a trustee of Integrate in June 2016.

By then she had written about him online in glowing terms on several occasions, describing him as a ‘lovely fella’, ‘the greatest’ and ‘a champion’. 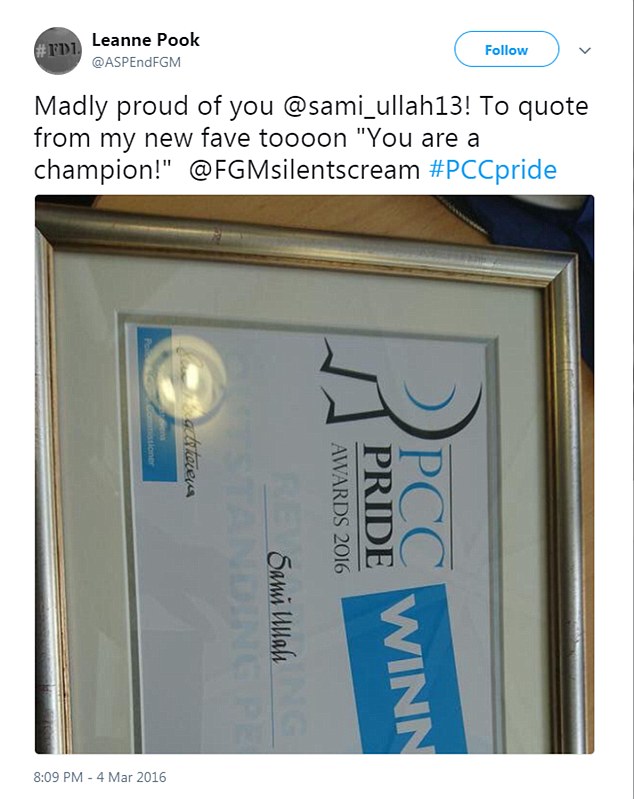 After Mr Ullah reported the cab driver to police, the man’s six-year- old daughter was examined by two experts for evidence of FGM but one could only find a ‘tiny’ mark and the other could not see the alleged lesion.

During an interview with police, the 29-year-old Somali driver insisted he was against FGM, and called his passenger a ‘liar’ for claiming they discussed the practice. Yet he was charged with child cruelty on June 13 last year. Just two weeks later Mr Ullah’s charity sent DCI Pook a large chocolate cake to say thank you.

She posted a photo of it on Twitter on June 27 with the caption: ‘From our gorgeous friends @_IntegrateUK who want to say thanks to the cops.’

The judge called the prosecution ‘deeply troubling’, branded the evidence of Mr Ullah ‘inconsistent’ and said the medical evidence was ‘wholly inconclusive at its highest’.