Former FIFA president Sepp Blatter and France footballing legend Michel Platini were both cleared of corruption charges by a Swiss court on Friday.

Blatter, who led FIFA for 17 years, was cleared of fraud by the Federal Criminal Court in the southern city of Bellinzona.

Platini, a former France national team captain and manager, was also acquitted of fraud. The two, once among the most powerful figures in global soccer, had denied the charges against them.

Those charges were placed against their name in November following an investigation launched by prosecutors in 2015 into a payment of two million Swiss francs (£1.6m) arranged by Blatter to be paid to Platini by FIFA in February 2011.

The case saw Blatter forced to end his 17-year reign as FIFA president in 2015 and dashed hopes of former France midfielder Platini of succeeding him.  Platini was forced to quit UEFA in 2016.

Speaking outside the Swiss Federal Criminal Court on Friday morning, Blatter said: ‘I am not innocent in my life but in this case I am innocent!’, and he and Platini have now been acquitted.

After the verdict was delivered, Platini said he will be going after ‘culprits’ that led to the case being put against him.

‘In this case, there are culprits who did not appear during this trial,’ the 1984 Euros winner said. 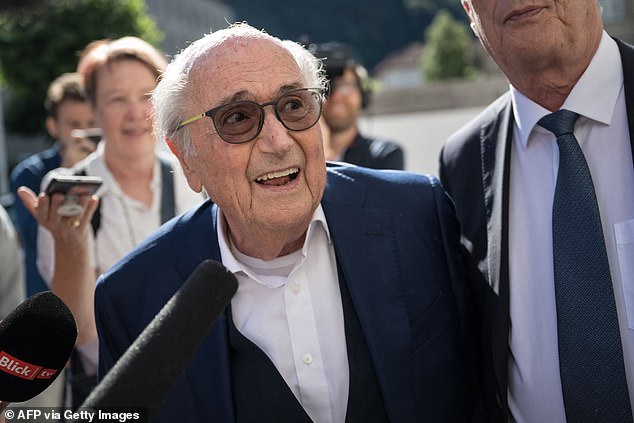 Blatter, who led FIFA for 17 years, was cleared of fraud by the Federal Criminal Court 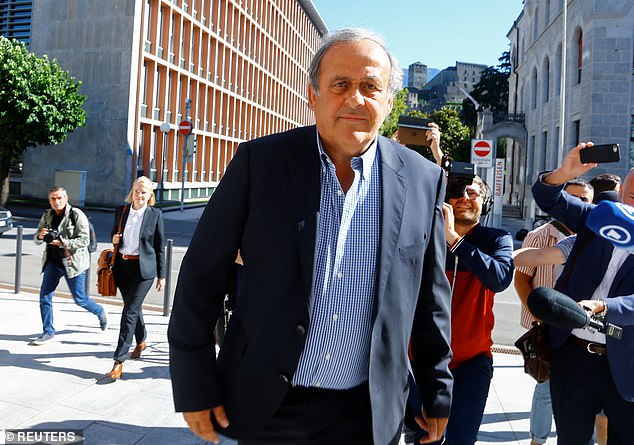 ‘Let them count on me, we will meet again. Because I will not give up and I will go all the way in my quest for truth.’

Blatter, 86, had said the two-million franc payment followed a ‘gentlemen’s agreement’ between the pair when he asked Platini to be his technical advisor in 1998.

Platini, 67, worked as a consultant between 1998 and 2002 with an annual salary of 300,000 Swiss francs — the most FIFA could afford because of money troubles the organisation had at the time, Blatter has told the court.

The rest of Platini’s one million per year salary was to be settled at a later date, Blatter said.

Motives for the payment were unclear, although the two men met in 2010 and discussed the upcoming elections for the FIFA presidency in 2011.

When Blatter approved the payment, he was campaigning for re-election against Mohamed bin Hammam of Qatar. Platini, then president of UEFA, was seen as having sway with European members who could influence the vote. 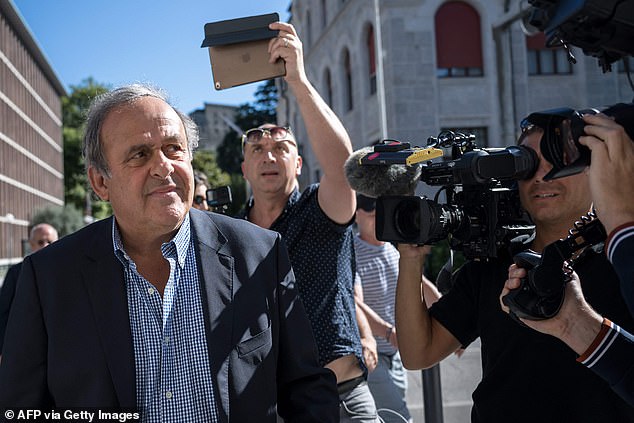 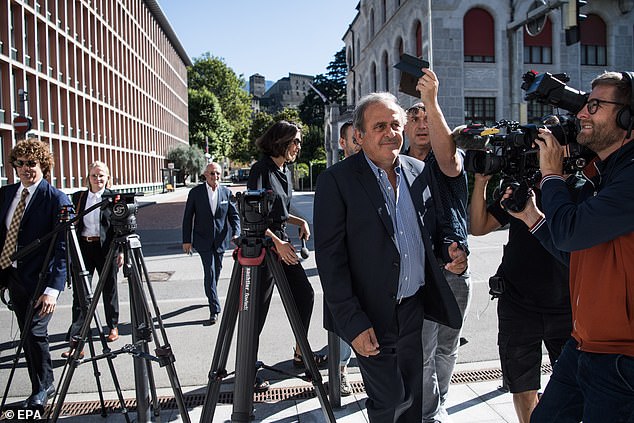 The payment emerged following a huge investigation launched by the U.S. Department of Justice into bribery, fraud and money-laundering at FIFA in 2015, which triggered Blatter’s resignation.

Blatter and Platini claim they had a verbal deal in 1998 for the Frenchman to be paid one million Swiss francs (£818,000) to serve as advisor to Blatter, should he be elected as FIFA president.

That defence first failed with judges at the FIFA ethics committee, and later in separate appeals at the Court of Arbitration for Sport.

The FIFA ethics committee investigations banned them from football for eight years, reduced to six on appeal.

Platini, who also lost his job as UEFA president following the ban, said the affair was a deliberate attempt to thwart his attempt to become FIFA president in 2015. 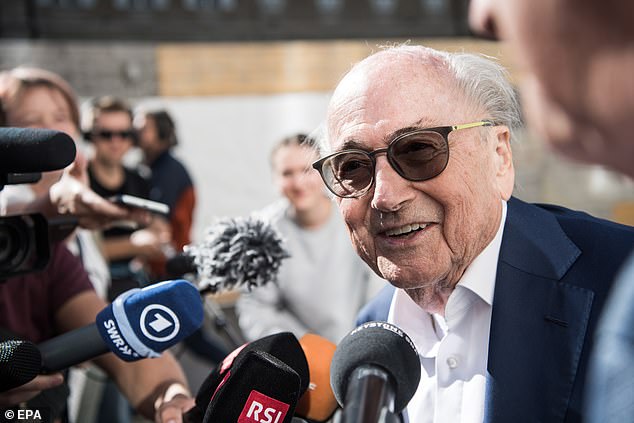 The FIFA ethics committee investigations banned the duo from football for eight years, reduced to six on appeal 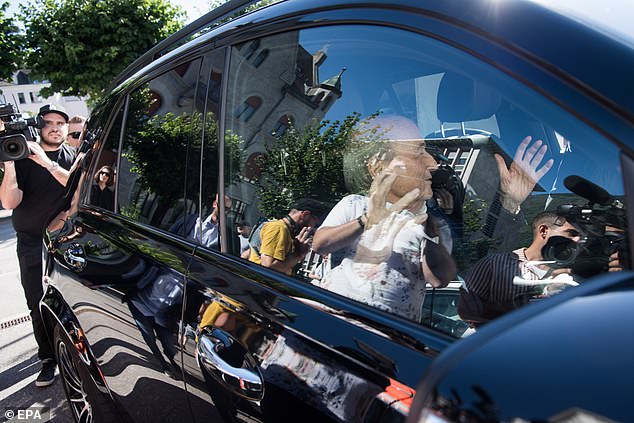 This was just one of 25 investigations by the Swiss Office of the Attorney General (OAG) into corruption in football, with some 12 still pending.

The United States’ Federal Bureau of Investigation (FBI) has also investigated corruption in the game. 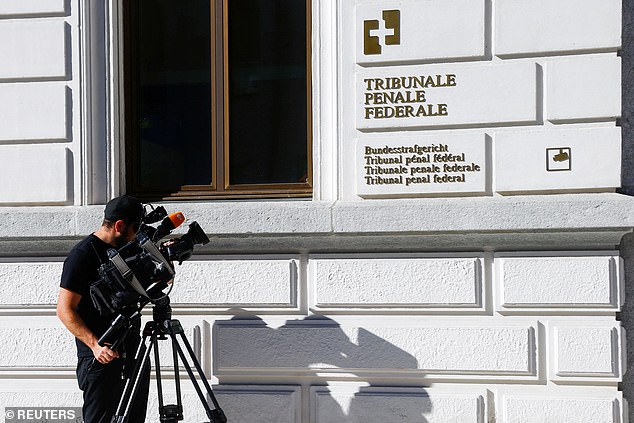