Relatives and survivors of the September 11th attacks are angry at the Department of Justice for refusing to release information on Saudi Arabia’s role in 9/11.

A groups of survivors walked out of Manhattan Federal Court on Friday upset at the government’s refusal to name a key Saudi official who has been investigated by the FBI, in relation to the deaths of nearly 3,000 people.

The Department is also refusing to release a 16-page document which the victims’ group believe provides a definitive account of Saudi Arabia’s role.

Survivors and relatives of victims of the September 11 attacks are furious at the Department of Justice for withholding information about Saudi Arabia’s role in the deaths of 3,000 people (file photo of 9/11 victims families)  Kaitlyn Strada, 17, lost her father in the attacks 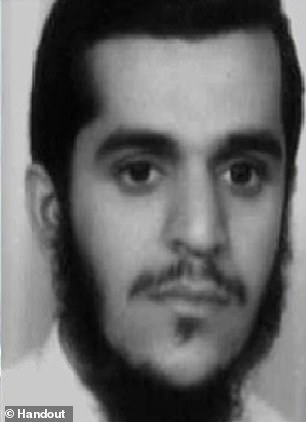 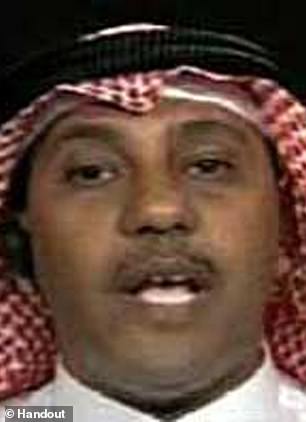 Fahad al-Thumairy, left, and Omar al-Bayoumi, right, were investigated for assisting the hijackers while the name of a third man was redacted but he is believed to be a high-ranking government official in Riyadh. The FBI know his name but refuse to make it public 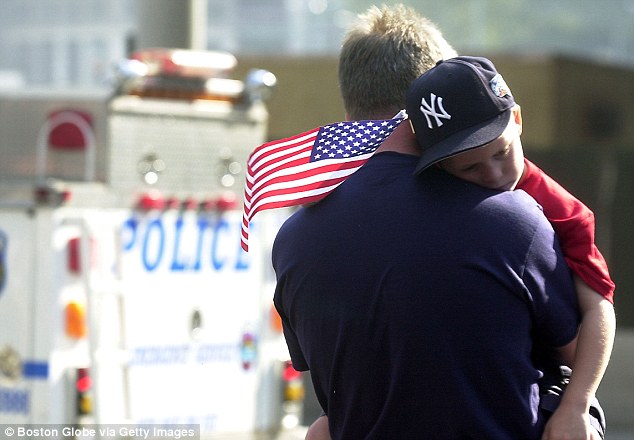 Saudia Arabia may be held accountable for the devastation of 9/11 after the families (pictured) of 800 victims and 1,500 first responders, filed a lawsuit accusing the country of involvement in the terror attacks that killed nearly 3,000 people

‘How is that transparency for families? For America?’ 9/11 survivor Tim Frolich said to the Daily News outside court.

‘How is that acceptable? How is that the FBI protecting us? That’s the FBI and Saudis basically tied at the hip.’

The survivors have been demanding the information be released for 16 years.

Then, three years ago, the FBI closed an investigation into the attacks and compiled a 16-page report that remains a secret to this day. 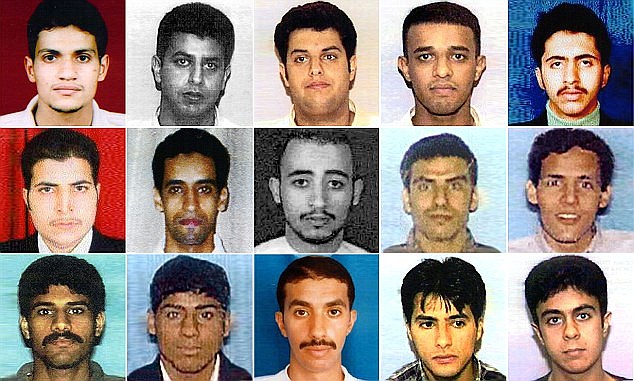 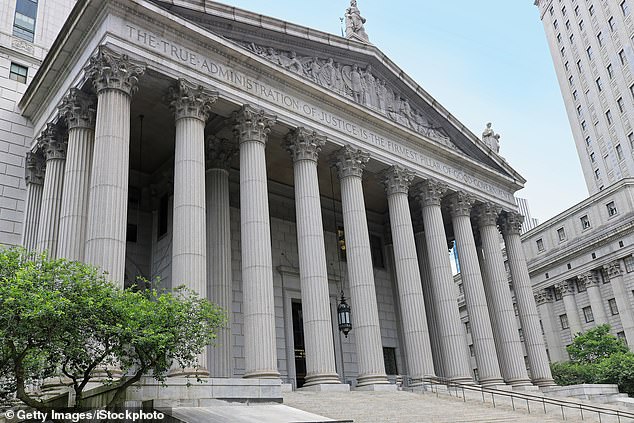 A groups of survivors walked out of Manhattan Federal Court, pictured,  upset at the governments refusal to name a key Saudi official who has been investigated by the FBI

‘There is a 16-page document reviewing, recapping, summarizing what Saudi officials did as accomplices to the Al Qaeda 9/11 plot and the government is saying, “We’re not giving it to you. We’re keeping it secret,”‘ said plaintiffs’ lawyer Jim Kreindler who says the report is a key piece of evidence.

The majority of the 9/11 attackers were from Saudi Arabia.

In the lawsuit, officials of Saudi embassies are accused of helping hijackers Salem Al-Hazmi and Khalid Al-Mihdhar more than a year before the tragedy.

The lawsuit, which was filed by aviation law firm Kreindler & Kreindler, alleges that a Saudi official was even in the same hotel in Virginia with hijackers the night before the attacks. 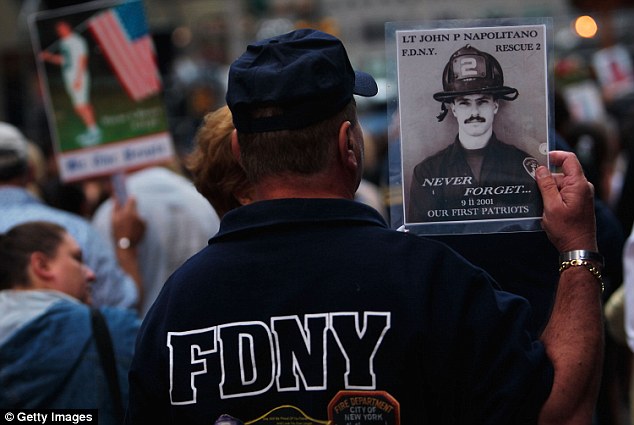 In the lawsuit, officials of Saudi embassies are accused of helping hijackers more than a year before the tragedy. Officials helped them learn English and obtain credit cards and cash

A 2012 report which was heavily redacted showed two people who were possibly linked to the Saudi government.

Fahad al-Thumairy and Omar al-Bayoumi, were investigated for assisting the hijackers while the name of a third man was redacted but he is believed to be a high-ranking government official in Riyadh.

Twenty-five 9/11 survivors and relatives of survivors met with the President on September 11th this year.

The following day, Attorney General Bill Barr disclosed the name of the third man to the survivors’ attorneys but the name has not been publicly released.

‘Our government, the Department of Justice, just admitted they have evidence about the third man, and they’re not releasing it,’ Frolich said to the News.

Lawyers for the plaintiffs are pushing to obtain more information about the third man. 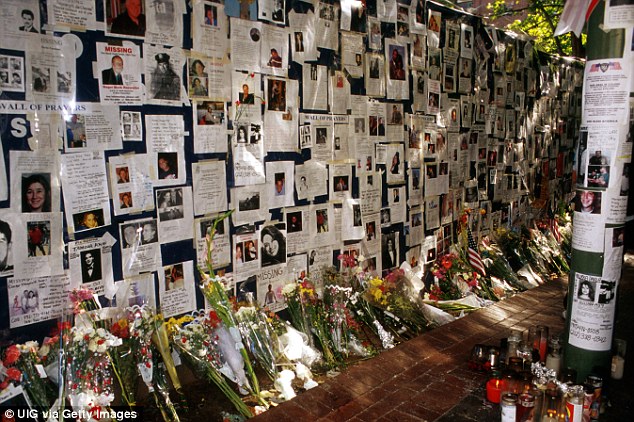 Out of the 19 hijackers of 9/11, 15 of them were from Saudi and three of them had worked for the kingdom previously. The lawsuit, which was filed in federal court in Manhattan, says Saudi officials are believed to have aided some of the hijackers before the attacks 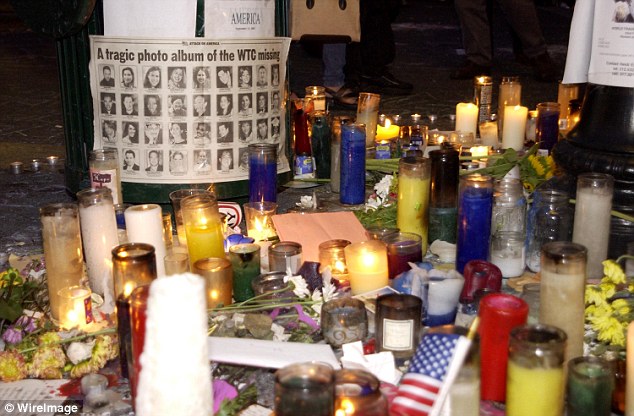 Legislation passed in 2016 gave victims’ families the right to sue in US court for any role that elements of the Saudi government may have played in the 2001 attacks. Pictured, a memorial placed in Union Square Park in NYC shortly after the 2001 attacks

‘We categorically deny there’s been any effort to mislead or be evasive,’ Assistant U.S. Attorney Sarah Normand said in response to the relative’s outcry.

Magistrate Judge Sarah Netburn told the survivors and 9/11 families who were present in court that ‘very intense public safety and national security concerns’ were involved in the case.

The lawsuit asserts that the Saudi royals, who for years had been trying to curry favor with fundamentalists to avoid losing power, were aware that funds from Saudi charities were being funneled to al-Qaida. 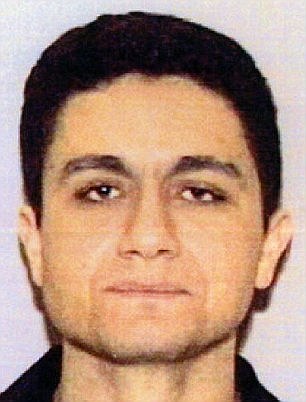 Leader of evil ring: Mohamed Atta was the overall leader of the 9/11 attacks

The lawsuit spells out how money was transferred from charities in Saudi Arabia to the terror group.

Charities the lawsuit claims fronted for al-Qaida include the Al-Haramain Islamic Foundation, an organization that was designated by the U.S. as a sponsor of terrorism.

Kreindler maintains that there was a direct link between all the charities and Osama bin Laden and that they operated with the full knowledge of Saudi officials.

Presidents George W. Bush and Barack Obama resisted efforts to hold Saudi Arabia accountable. The kingdom is a key ally against Iran, and its oil interests are important to the US.

There have been persistent claims of elements Saudi Arabian involvement – although they have never been tested in court.

The 9/11 commission report’s findings on Saudi disclosed that the first major Al-Qaeda figure picked up after the attacks, terror mastermind Abu Zubaydah, had a private number for a company which managed the estate of Saudi’s then ambassador to Washington, Prince Bandar.

He also had for an unlisted number for a bodyguard at the Saudi Embassy in Washington in his phonebook, which was seized during the raid in Pakistan in which he was held.