Tennis superstar Serena Williams has banned her new friend and AFL star Dustin Martin from her player’s box at this year’s Australian Open.

She struck up an unlikely friendship with Martin after the pair bumped into each other while on holiday in the Maldives in 2019.

However there is no malice in Williams’s decision, instead she has become acutely aware of the popularity of Martin in AFL-mad Melbourne.

‘We decided he couldn’t come to the Australian Open because he would be mobbed way too much,’ Williams said after her opening round match on Monday. 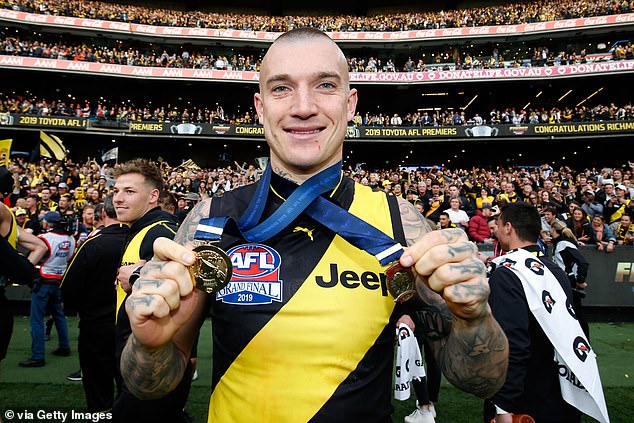 ‘If we could hang out, it would be cool.

‘But definitely not in Melbourne Park or here; it would be way too crazy for him.’

Martin had just secured his second premiership with the Richmond Tigers when he bumped into Williams and her husband Alexis Ohanian in the Maldives.

‘He just happened to be there, we just hung out and had a blast.’

If Williams wins this year’s Australian Open she will be one win closer to being the most successful female tennis player of all time by equaling the grand slam record. 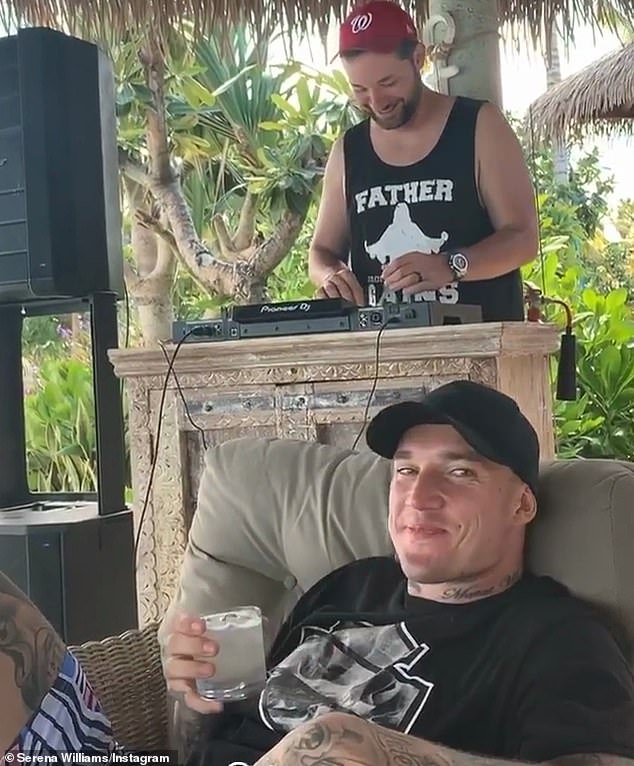 Conceding the monkey was finally off her back, Williams raced into the Australian Open second round.

Seeking an unprecedented eighth crown at Melbourne Park, but first since 2017, Williams powered past Czech teenager Anastasia Potapova 6-0 6-3 in just 58 minutes on Monday.

‘It was good. I felt like I started out really well. Played really strong in the first set, and just kept building on that,’ the American said.

‘I feel like I can still improve and get better throughout this tournament, for sure. This is a good stepping stone for right now.’

Williams had endured a three-year title drought before winning in Auckland 10 days ago in front of daughter Olympia to underline her intentions to finally match Margaret Court’s all-time record of 24 singles majors.

‘It was amazing,’ Williams said.

‘It was really special for me – and hopefully for her.’ 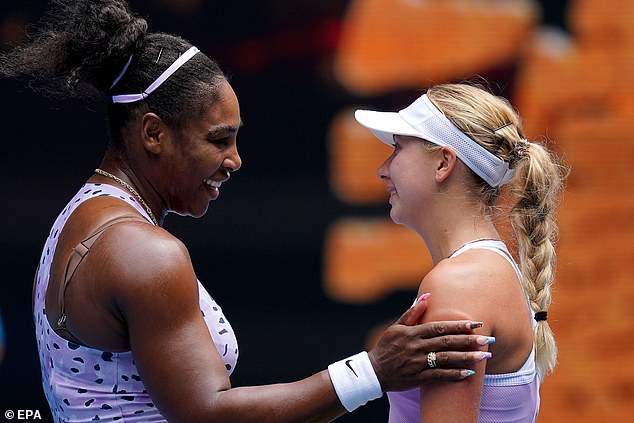 Williams (pictured in victory on Monday) is chasing history, if she wins the Australian Open she will equal Australian Margaret Court’s grand slam winning record of 24