Serena Williams’ koala-ity tribute to Australia: US champ shows off a VERY meaningful manicure as takes on Anna Potapova at the Open

Serena Williams kicked off the first day of the Australian Open with an impressive win – but it was the tennis star’s manicure that caught the attention of eagle-eyed fans.

The seven-times champion was seen flaunting koala-themed nail polish on the court on Monday as she took on Russian opponent Anastasia Potapova in Melbourne Park.

The adorable manicure is an apparent nod to Australia as the country battles a devastating bushfire crisis that has so far wiped out more than 25,000 koalas.

Williams, who is vying for her record 24th Grand Slam singles title, has been known for her stylish manicures on the court – even bending Wimbledon’s strict white-only rules by adding a touch of colour on her nails.

Serena Williams got off to a successful start on the first day of the Australian Open on Monday, defeating 18-year-old Russian opponent Anastasia Potapova 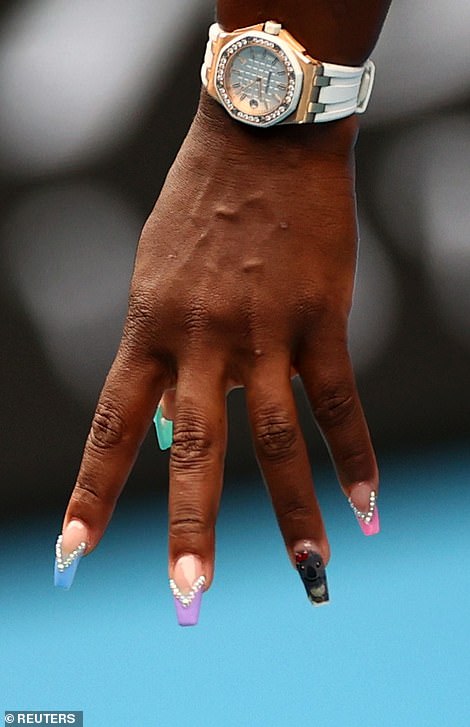 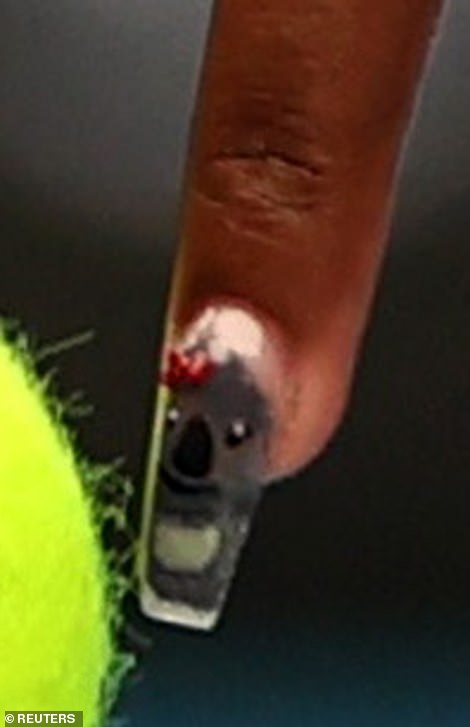 In 2010, the 38-year-old revealed she loved her getting her nails done so much she decided to get certified as a nail technician.

Eagle-eyed fans took to social media on Monday to compliment her on her manicure.

‘Damn Serena is slaying on the court in more ways than one with that outfit and matching nail set,’ one woman said.

Another questioned how the star could score so easily on the court with nails ‘so long and fabulous’.

The former No. 1 player in the world played Fast Four doubles at the event that helped raise nearly $5million. 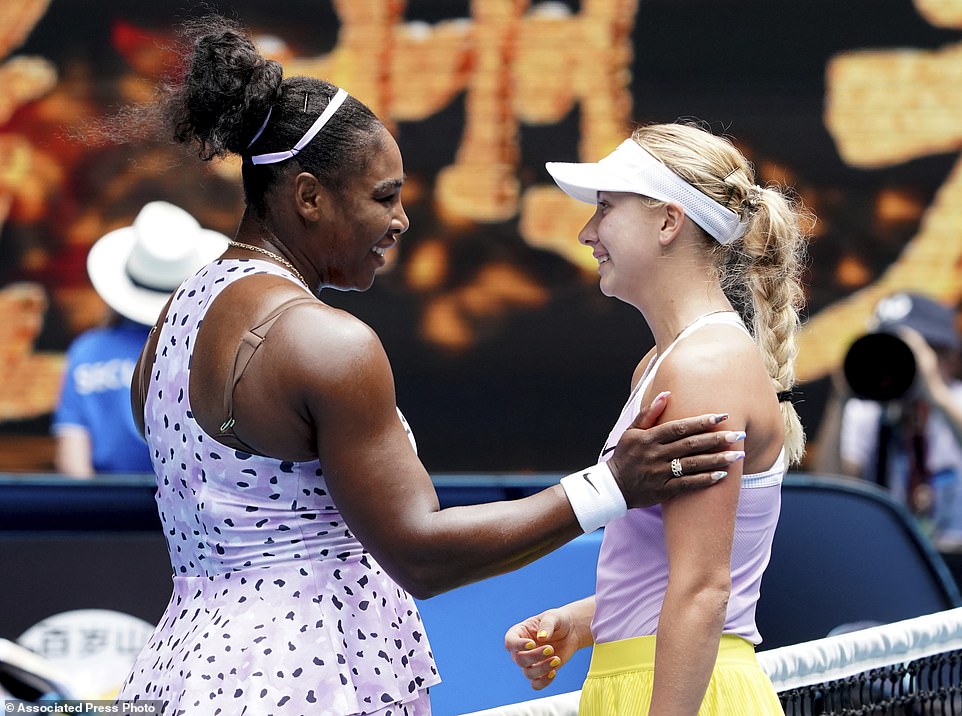 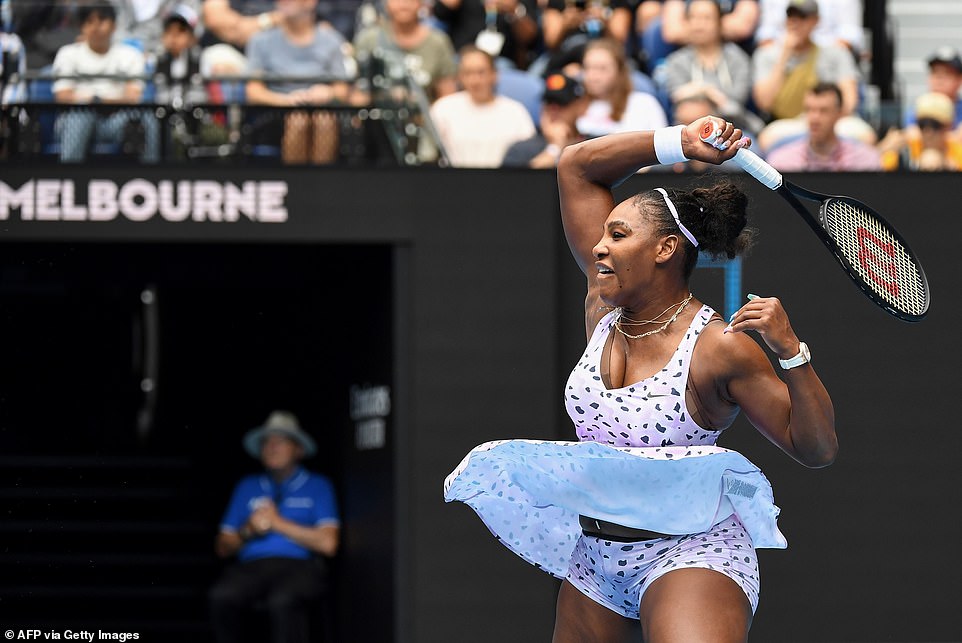 Serena won the first set in 19 minutes completing a 6-0, 6-3 win over the teenager

Earlier, she uploaded an Instagram post to say she was ‘heartbroken’ over the bushfire devastation and urged her followers to donate to charities aiding in bushfire relief.

As the first day of the tournament kicked off, eighth-seeded Williams put on an impressive performance winning the first set in 19 minutes, with a momentary lapse at the start of the second.

Williams had endured a three-year title drought before winning in Auckland 10 days ago in front of daughter Olympia to underline her intentions to finally match Margaret Court’s all-time record of 24 singles majors in Melbourne. 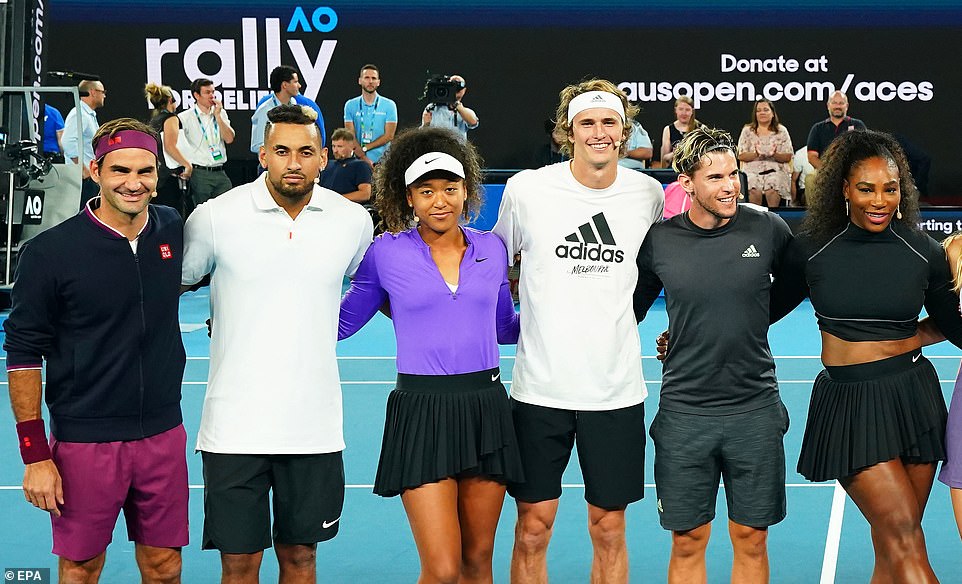 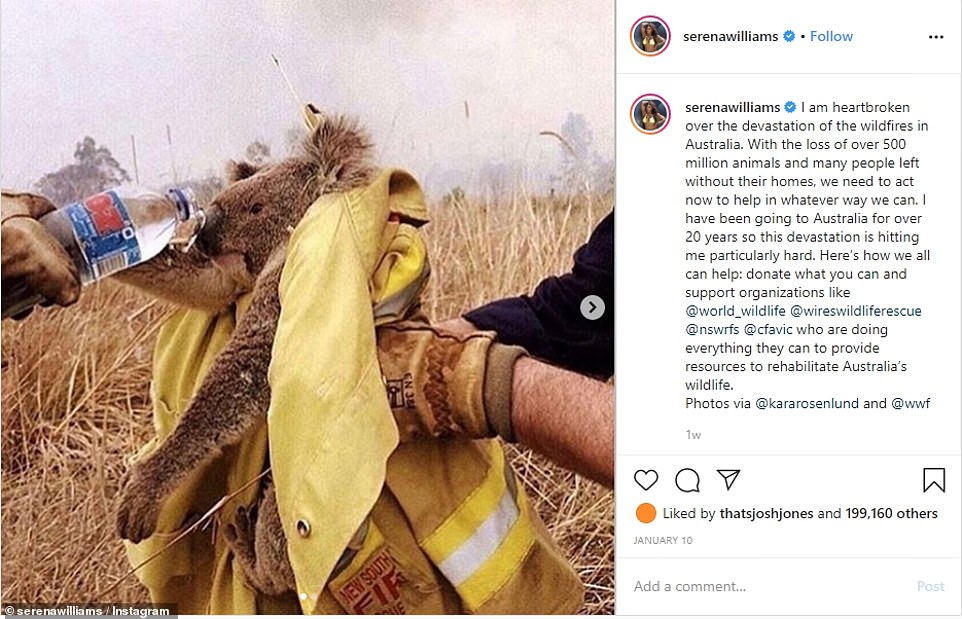 ‘It was amazing,’ Williams said.

‘It was really special for me – and hopefully for her.’

Playing the Open for the 19th time, Williams has never lost in the first round.

The ninth-seeded American next plays either Slovenian Tamara Zidansek or South Korean wildcard Na-Lae Han on Wednesday for a place in the last 32.