There is still no certainty that the honeymooning Serena Williams will return in time to defend her Australian Open title, according to her longtime coach, Frenchman Patrick Mouratoglou.

However, there are plenty of indications that she will definitely come back next season, it just seems a question of when.

Williams is currently on honeymoon on a private island in the Bahamas with husband Alexis Ohanian, the two of them having tied the knot earlier this month after the birth of their daughter Alexis Olympia, who is also with them. 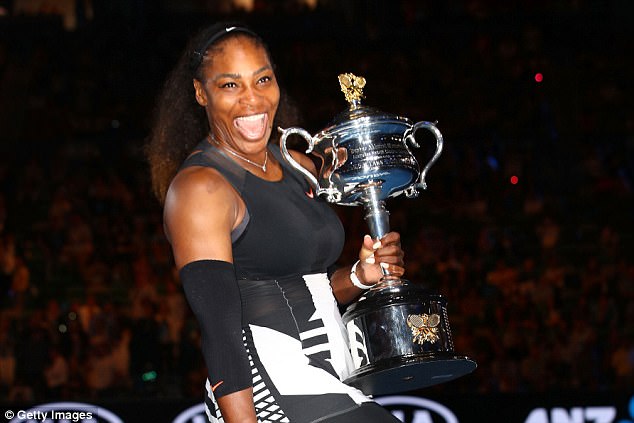 Williams, 36, looks unlikely to return to tennis in time to defend her Australian Open title

It appears that, at best, she will have barely a month of proper training before heading to Australia to give herself a proper shot at retaining the one Grand Slam title she won last year before announcing her pregnancy.

‘She is practising and getting back in shape, I will be joining her soon in Florida,’ Mouratoglou told CNN. ‘We will see how her body is reacting and how her tennis level is, and we will take a decision regarding Australia. Serena is getting ready for 2018.’

Another signal that she is serious about coming back is that she has just hired a new hitting partner, former player Jarmere Jenkins.

Williams, now 36, has previously said that her plan is to return in Melbourne, and continued doing some practice during her pregnancy. Prior to her wedding on November 16 there was no sign of her hitting on court, although she did post footage of herself on a treadmill. 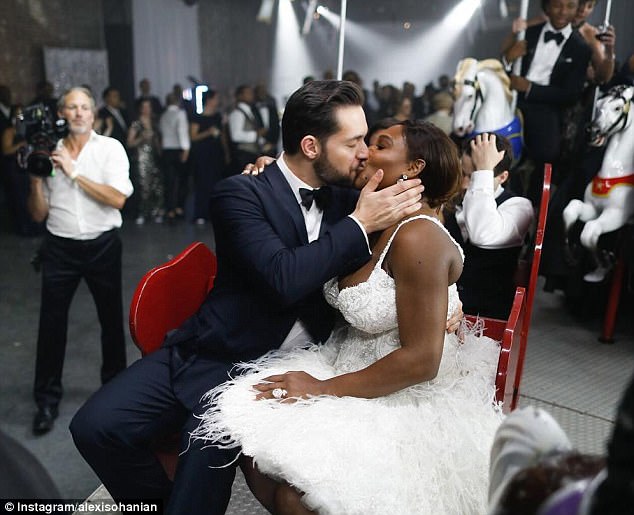 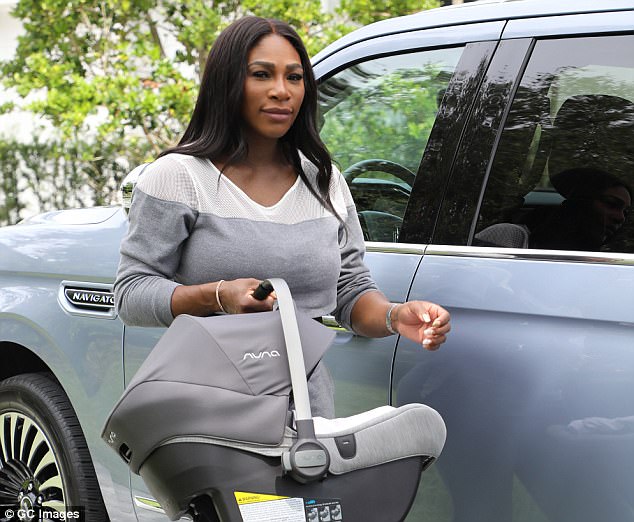 Were she to decide that the Australian Open, which begins in mid January only four and a half months after she gave birth, then she might wait until the American hard court season to return.

A suitable tournament could be the Miami Open in late March, which is drive-able from her Florida home and has always been among her favourite events.

This week Williams has posted a video of where the newly-weds are staying, the private Kamalame Cay, a private island in the Bahamas. There are tennis courts available to those who hire one of the nine private villas on the Cay that cost around £28,000 per week to rent.