‘He is a different level – unique’: Sergio Ramos praised by Spain boss Luis Enrique after matching Gianluigi Buffon’s international record of 176 caps for a European nation

Sergio Ramos brought up yet another landmark in his glittering career on Wednesday night when he came on as a substitute in Spain’s 1-1 draw with Holland.

It earned the Real Madrid legend his 176th cap for Spain, which draws him level with the iconic Italian goalkeeper Gianluigi Buffon as the most capped player for a European nation.

Spain were held to a draw with Donny van de Beek levelling for Holland early in the second half after Sergio Canales had given Luis Enrique’s men a 19th minute lead. 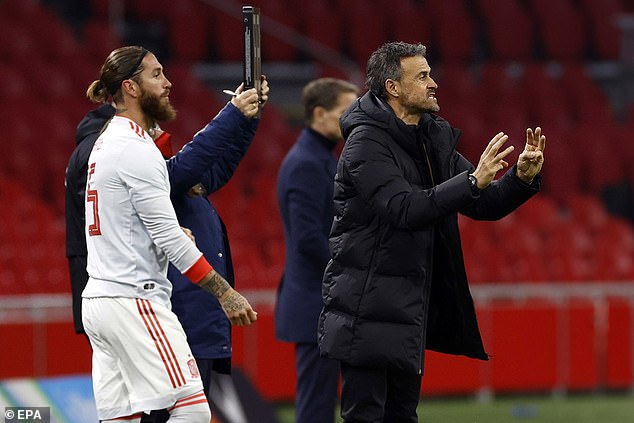 But Enrique was quick to lavish praise of the 35-year-old Ramos at full-time, rather than dwell on the draw. Ramos is now only eight caps behind the all-time international record, held by Egypt’s Ahmed Hassan.

‘Sergio is unique. He is on a different level,’ the former Barcelona boss said of the Madrid man. ‘The appearance record is only within the reach of those who are very gifted.’

Ramos was just 18 when he made his Spain debut, playing in a 3-0 win over China in 2005. At the time, he was the youngest player to play for Spain.

He went on to play central roles for Spain sides that dominated football from 2008 until 2012, winning two European Championships and the World Cup respectively. 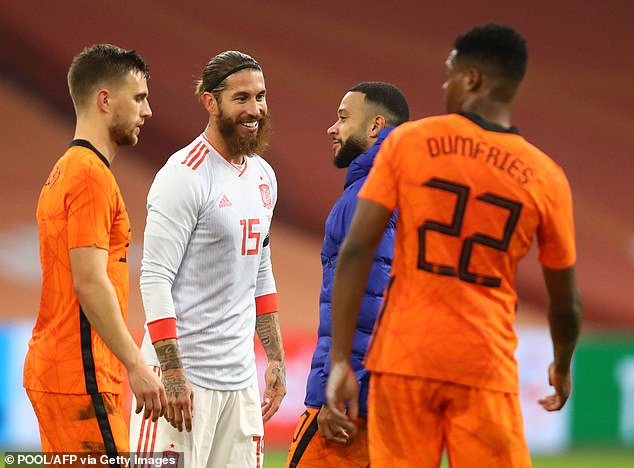 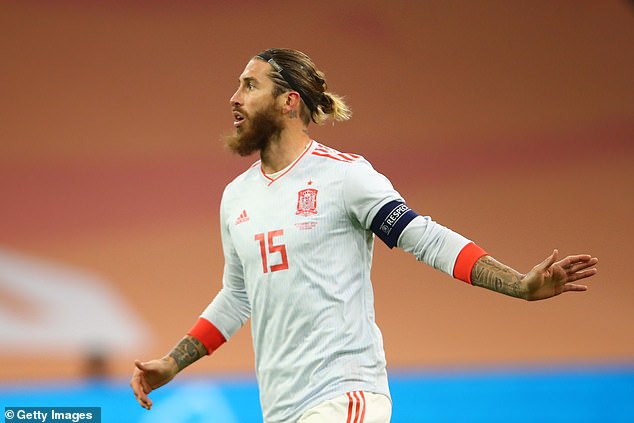 Ramos first captained Spain in 2010, against South Korea, and took up the armband full-time ahead of the 2018 World Cup.

Remarkably, he is also his country’s eighth-highest scorer, with 23 goals.

The 34-year-old Ramos has a chance to add to those numbers on Saturday when Spain meet Switzerland.