Real Madrid captain Sergio Ramos believes Liverpool’s Mohamed Salah still has some way to go to match team-mate Cristiano Ronaldo and Barcelona’s Lionel Messi as they are ‘in another orbit’.

Salah has enjoyed an incredible debut season, scoring 44 goals in all competitions, the same number as Ronaldo.

The pair will come face to face in Kiev’s NSC Olimpiyskiy Stadium on Saturday for the Champions League final, but Ramos had a word of advice for Liverpool’s Egypt international.

‘Comparing players with Ronaldo and Messi is something you can’t do,’ said Ramos.

‘They’re in another orbit. There are players who are in fashion, those who come and go and others who stay around.

‘Salah is a top player, that’s clear. He’s shown that this year and he’s got a great chance to show that over the next few years as Ronaldo and Messi have done – but the day after tomorrow!’

The Spanish side are looking to become the first team to win the European Cup three times in succession on two separate occasions and the first to achieve three in a row since Bayern Munich in 1976. 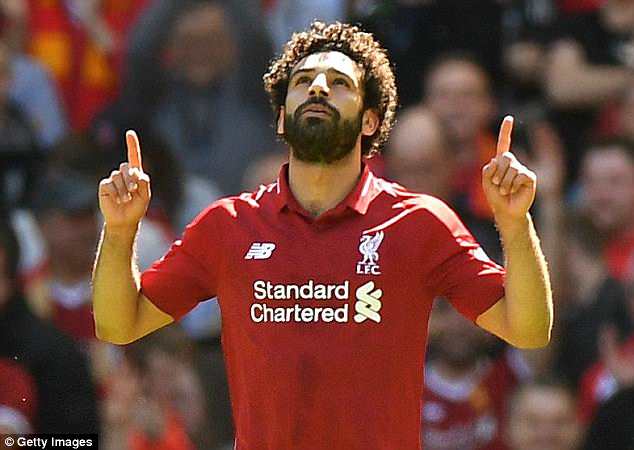 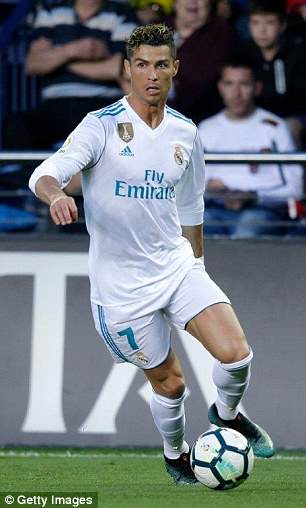 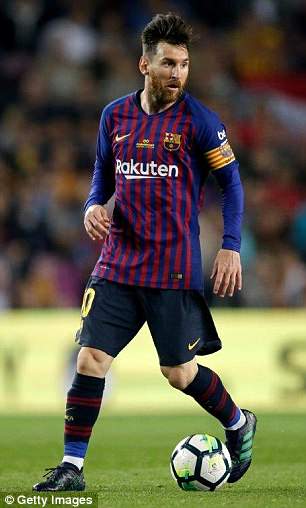 However, Ramos insists Salah must maintain this level of performance to match the duo

Real are also bidding to make it four wins in the last five and extend Spanish dominance in major European finals as not since 2001, when Bayern beat Valencia, has a LaLiga side lost to non-Spanish opposition, a run spanning 13 attempts.

Coach Zinedine Zidane also hopes to become the first coach to win the competition three years in a row.

Since his appointment in January 2016 he has yet to lose a Champions League knockout tie, winning nine two-legged ties and two finals, but he insists his side are not the favourites on Saturday.

‘People can say all they want, but we know that is not real, this is another final,’ he said.

‘Real Madrid does not feel like the favourites in the dressing room.’ 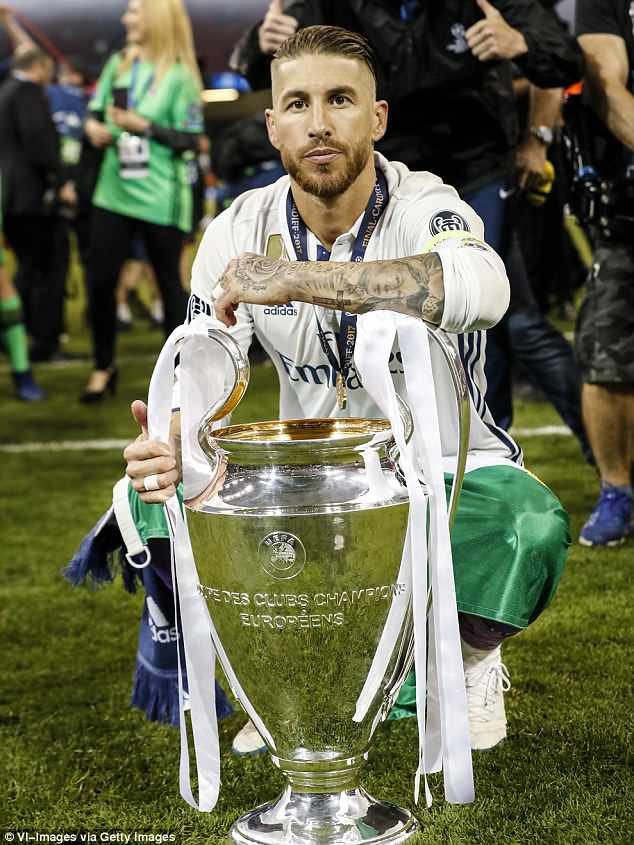 With a fourth final appearance in five years and three victories over that time to take their tally to 12 there has been some suggestion Real will be complacent against Liverpool, the competition’s top scorers this season with 40.

Ramos said nothing was further from the truth.

‘When you find yourself in a place like this we are highly motivated. (There is) great spirit and pride in our team,’ he said.

‘It motivates you to continue to want to win. We want to make history. That is very positive for us.

‘We hit the reset button every year and look forward. We don’t look behind us. It is our moment. Another final.’

Zidane was asked for the secret of his success as he chases a personal three-in-a-row. 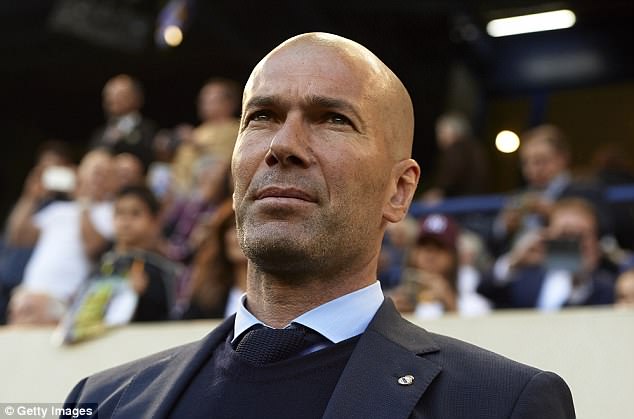 ‘This is beautiful. This is my passion, I’ve always been a good competitor, I like to compete and behind all that is a lot of hard work – not only on my part but also the players.

‘If you like to compete and want to work hard you can achieve what we are doing. For me this is entirely normal.’

And what of Ronaldo, the competition’s all-time leading scorer with 121 goals, who is looking to become only the fifth player to win five European Cups and the fourth from his club, following in the footsteps of Paco Gento (who won six), Alfredo Di Stefano, Jose Maria Zarraga and AC Milan’s Paolo Maldini?

‘He is looking great. You must know he lives to play these matches, this is what his life is all about and what makes him tick,’ said Zidane.