Serial con artist fleeced widow out of £150,000 for holidays

Serial con artist fleeced widow out of £150,000 to splash out on luxury holidays – then tried to pin the ‘truly evil’ fraud on her DEAD husband – as she is jailed for more than three years

A mother-of-four who fleeced a widow out of more than £140,000 in a series of ‘truly evil’ offences before blaming her own dead husband was jailed yesterday.

Serial con artist Rosie Grewal, 42, of Rochester, Kent, convinced grieving Patricia Makcewicz to hand over the money by promising to invest it in a flat.

The pensioner was told she would receive rent from the property, but it was a ploy – and Grewal then fobbed off the woman with excuses for three years.

When interviewed by police, she blamed the fraud on her husband, Mahminderjit Mahl, who died during the investigation.

Initially, her barrister Stella Harris said Grewal had believed the scheme to invest in a flat was honest but soon realised afterwards that it was not.

Ms Harris claimed Grewal’s husband was an alcoholic who kept control over her. She said: ‘It was a chaotic existence.’ 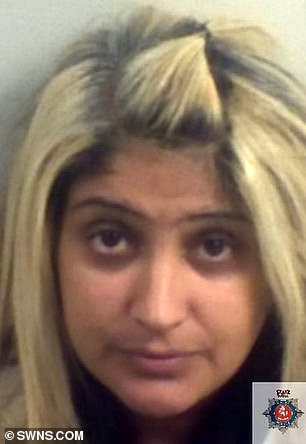 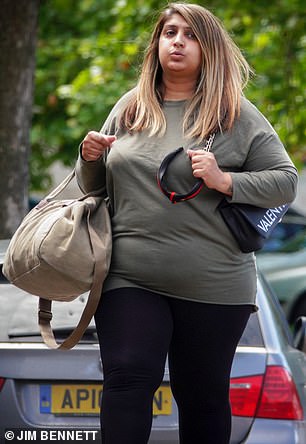 Judge Charles Macdonald QC said: ‘These offences are truly evil. You have repaid not a single penny but you were able to arrange foreign holidays while awaiting trial.’

Grewal was jailed for 42 months and remained passive as the judge heard about the suffering of her victim who was left depressed and suicidal.

In an earlier trial, it was heard how Grewal had conned others into handing over money for houses owned by Bellway Homes.

Christopher Prior, prosecuting, told the jury: ‘She persuaded people that she had some connection to a development by Bellway Homes.

‘She took deposits claiming she could reserve a plot for them at a discount.

‘In fact, she had no such connection to the company and the would-be buyers had no claim over the plots.’

One victim was tricked into handing over £1,000 for property in Greenhithe, and two others handed over £800 and £2,500 respectively.

Grewal would later claim it was her husband – known as Min – who had told her she was authorised to sell plots. The jury rejected her claims and convicted her of fraud.