‘Serial groper’ is arrested after ‘molesting eight women, including six in an hour’ in New York City

‘Serial groper’, 26, is arrested after ‘molesting eight random women including six who were assaulted in just over one hour’ in New York City

A Brooklyn man alleged to be a serial groper was arrested and charged with molesting eight women, including six who were attacked in just over an hour, the NYPD says.

Kevin Jenkins, 26, of Brooklyn’s Bedford-Stuyvesant section was arrested Saturday for the alleged assaults.

Six took place on Friday, between 9:55 a.m. and 11:15 a.m. Police (who released surveillance video of the suspect) say the first assault was believed to have happened on April 28 and was followed by another on May 1.

Kevin Jenkins, a 26-year-old serial groper, was arrested and charged this weekend with molesting eight women. The suspect was caught in video footage (pictured) released by cops 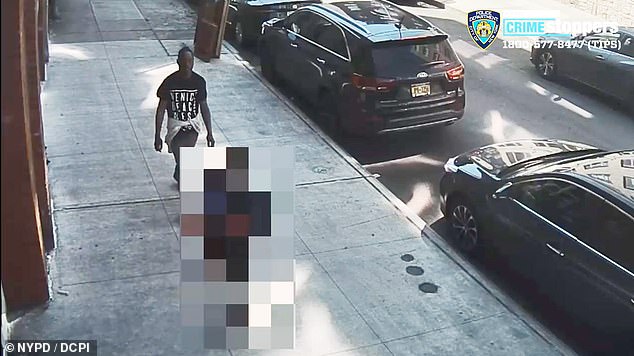 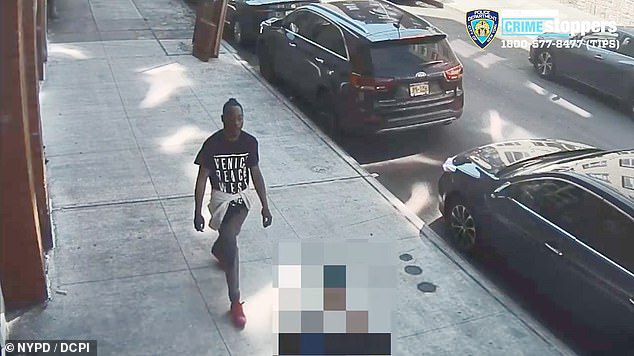 In the footage, the suspect is seen closing in on the victim, whose image is blurred

None of the victims were injured, although two were alleged to have been thrown to the ground after they were groped, the New York Post reports.

The Friday assaults began with Jenkins allegedly trying to lift the skirt of a 23-year-old woman on Flushing Ave. near Nostrand Ave. in South Williamsburg, the Daily News reports.

Then near Myrtle and Bedford avenues, the suspect is alleged to have grabbed a 21-year-old woman by the private parts before fleeing.

Another assault seven minutes later involved a 16-year-old girl near Spencer Street and Willoughby Avenue. Jenkins is alleged to have come up to the victim from behind, throwing the girl to the ground and pressing her face against his private areas before leaving. 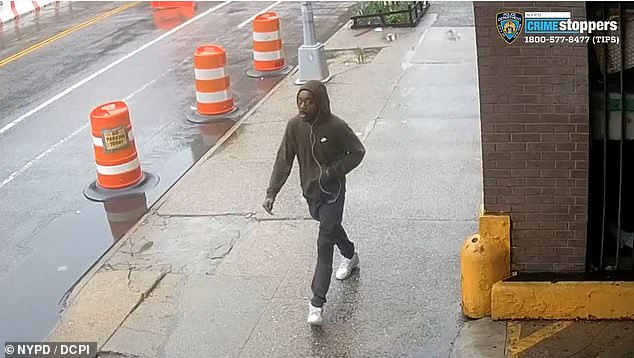 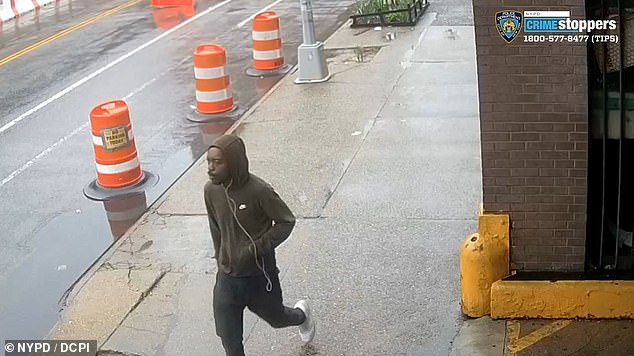 In the footage, the suspect whom cops identified as Jenkins is seen walking off

The assaults then continued through the morning.

Jenkins is alleged to have groped a 34-year-old woman from behind on Myrtle Avenue near Sanford Street, and pressing his body against a 30-year-old victim on Vernon Avenue near Marcy Avenue.

One last victim was alleged to have been assaulted on Pulsaki Street near Nostrand Avenue, where Jenkins is alleged to have grabbed a 32-year-old woman around the neck and shoulders from behind.

Police said he allegedly pressed himself against her, then threw her to the ground and ran off as she began to scream. 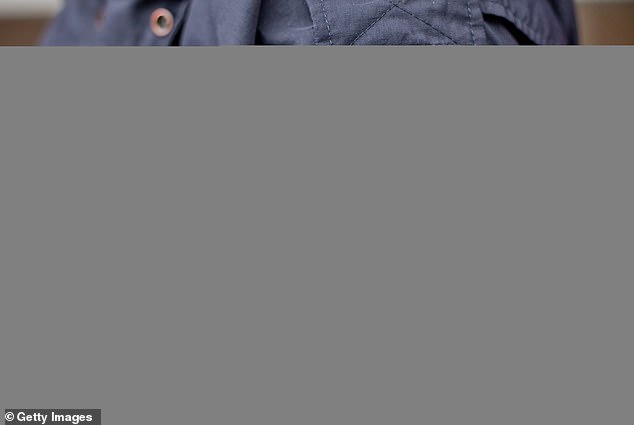 One last victim was alleged to have been assaulted on Pulsaki Street near Nostrand Avenue, where Jenkins is alleged to have grabbed a 32-year-old woman around the neck and shoulders from behind, according to the NYPD (pictured)

A second alleged assault came on May 1, police say.

That’s when Jenkins is alleged to have groped a 40-year-old victim on Fort Greene Place in Brooklyn’s Fort Greene section.

The Daily News reports that was found and detained in Coram, Suffolk County, Friday night, and that he was brought to Brooklyn to face charges the next day.