A grandfather has been seriously injured along with a number of others after a car collided with huge crowds at St Patrick’s Cemetery in Dundalk, Co Louth, Ireland, earlier today.

Shocking footage captured at the scene, where thousands were taking part in the annual Blessing of the Graves ceremony, appears to show the car ploughing into the group at speed.

Police said a man aged in his 20s, who is believed to be the driver, was arrested at the scene in Dowdallshill, Dundalk, on Sunday afternoon. 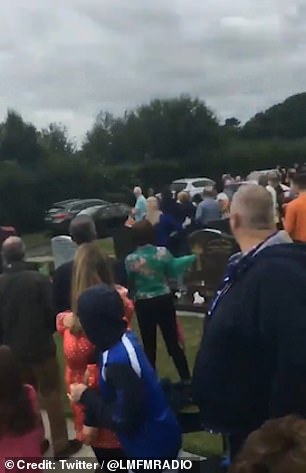 A spokesman for Dundalk Garda said: ‘It is understood from initial investigations that a dark coloured car drove at a number of persons in the cemetery who were attending the annual blessing of the graves event.’

‘One man (age unknown) was seriously injured and take to Our Lady of Lourdes Hospital in Drogheda, a small number of people received superficial injuries.’

The man who was seriously injured is a grandfather, parish priest Fr Mark O’Hagan said. 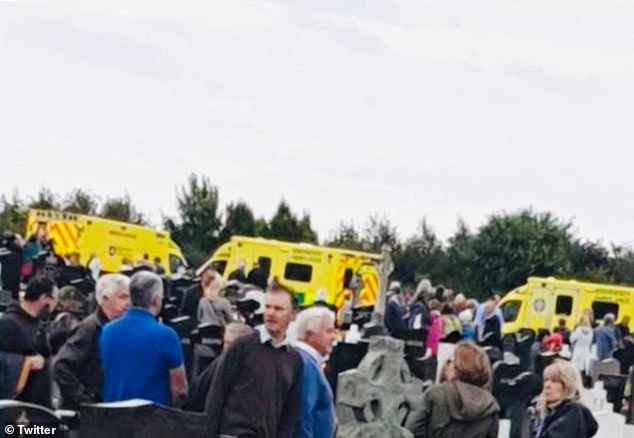 Ambulance attend the scene as Garda deal with an incident which occurred at 4pm on Sunday at Dowdallshill, in Dundalk Co Louth 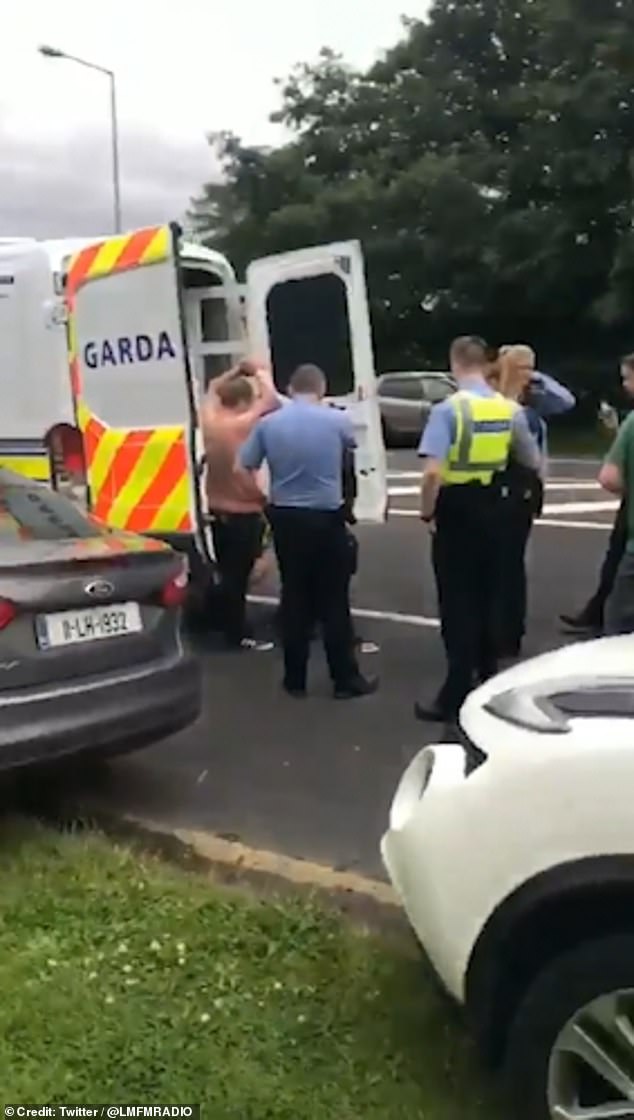 A man in his late 20s, believed to the driver was arrested at the scene by Dundalk Gardai

The driver sped through the graveyard past the priest towards a car park before driving back towards him and mounting the kerb, Fr O’Hagan said.

He added: ‘I tried to wave at him to try and slow him down or stop him.

‘He sped on straight through the people again. It was terrifying.’

The car was then seen driving out of the cemetery onto a public road, where it collided with a number of parked cars before coming to a stop.

What is the Blessing of the Graves?

An Irish Catholic tradition, usually held on a Sunday during summer, in which families gather to pay their respects to the dead.

A service is usually held by a Catholic priest.

Communities across Ireland gather at local parishes to bless graves of loved ones, often decorating them with flowers and wreaths.

Gardaí at Dundalk have called for all witnesses to contact them, particularly those who took video footage of the incident.

There was a large number of young people, as well as the elderly, attending the annual religious service, which draws thousands each year to remember the dead, a local councillor said.

Sinn Fein’s Ruairi O Murchu, who was not at the event but spoke to some people who were, told PA: ‘They were utterly shocked. People are angry. There had been a huge amount of young kids there at the time.

‘People who were very close to where the car sped through were jumping aside.’

He said he had been told of reports that at one stage the car reversed ‘and kept going’.

Simon Conroy, a member of the crowd, told The Irish Times: ‘There were a lot of children crying, it was frightening. In the moments afterwards there was a lot of confusion.’ 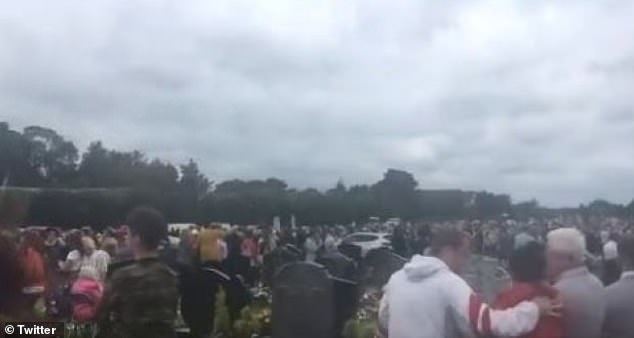 Amy Smyth, an NGO worker who was present at the event tweeted: ‘Well that was an eventful blessing of the graves in Dundalk. Attendants and Guardi doing their very best to keep people safe in the panic. But very distressing experience.’

‘Incident in graveyard in Dundalk – car rammed people,’ they tweeted.

Their footage was taken from a distance, with one clip showing an ambulance surrounded by onlookers and in the second a voice on a Tannoy can be heard asking people to move away from the road. 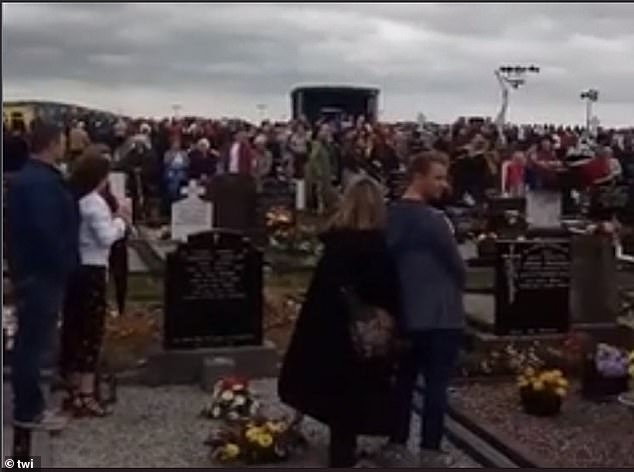