How 700 people gathered on a school oval to make one man’s extravagant marriage proposal come to life – so did she say yes?

Seven hundred students and staff gathered together on a school oval to form the words ‘marry me’ as their teacher was being proposed to mid-air by her boyfriend.

Jessica Roth thought she was merely being treated to a helicopter ride with her partner Tom Rudd last Friday.

As they flew over the school where Ms Roth teaches, Yarrilee State School in Queensland’s Hervey Bay region, she noticed everyone had gathered onto the oval.

What Ms Roth didn’t know is that her boyfriend had been planning the grand proposal for months and had been in cahoots with the school’s principal and a helicopter company to finally pop the question.

Fifty teachers and 650 students had banded together to spell out the special words – to which Ms Roth gave a resounding ‘yes’.

Jessica Roth was being treated to a helicopter ride with her partner Tom Rudd last Friday and was flying over Yarrilee State School in Queensland’s Hervey Bay region, where she is a teacher, when she noticed everyone had gathered onto the oval to form the words ‘marry me’ 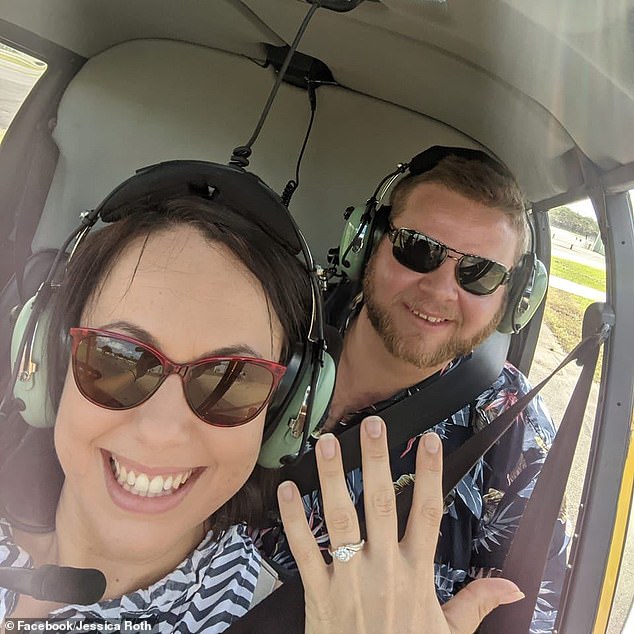 She said yes! Ms Roth had no idea her partner was about to pop the question, with the help of her students and fellow teachers

Speaking to Daily Mail Australia, Ms Roth said the proposal was meant to be a surprise for her birthday but bad weather forced Mr Rudd to postpone.

‘I didn’t know anything about it! All I knew is that it was a delayed birthday present,’ she said.

‘I only discovered we were doing a helicopter tour once we got to the airport.’

She said when they reached the school she noticed the kids were all on the oval but didn’t understand why.

‘I was trying to work out why they were on the oval at such an unusual time of day and what event I was missing!’ she said. 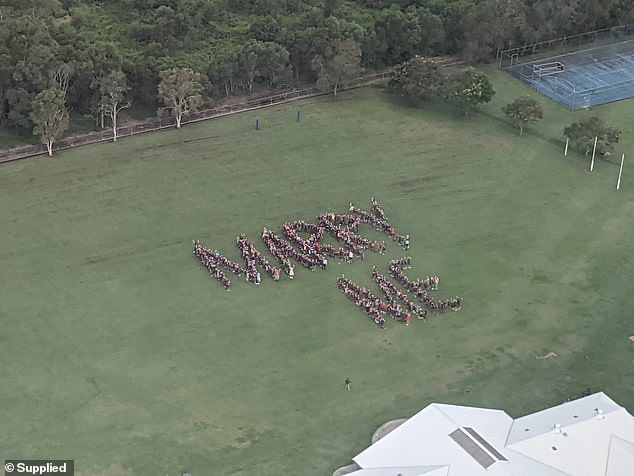 ‘As we got closer I realised they were actually lined up – then quickly realised it said those two special words!’

Mr Rudd then turned to her and pulled out an engagement ring.

‘It was all very surreal and special. The kids were all waving and jumping up and down as we flew overhead,’ the bride-to-be added.

‘When Tom sent a message through to the principal telling her I said yes, the kids cheered and just starting throwing their hats in celebration.’

While the couple don’t yet have a date for the wedding, Ms Roth says some of her students have already been planning how to decorate their uniforms in flowers so they can be her flower girls.

‘Many of the little kids believe we actually got married in the helicopter,’ she added. 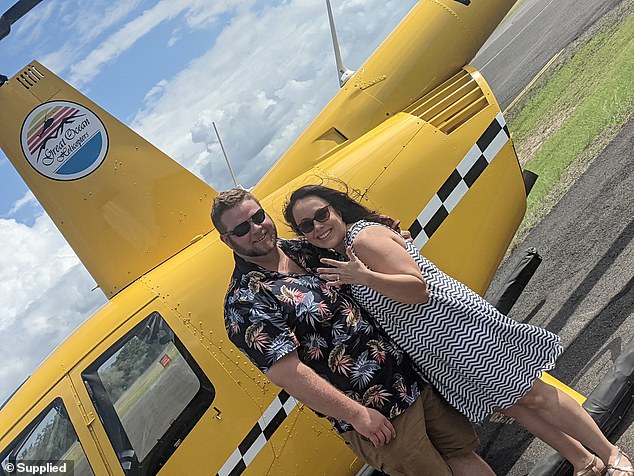