A community feud has erupted over a $32million concrete wall being built along a popular stretch of beachfront to protect waterfront mansions from coastal erosion.

Construction is underway on Sydney’s Northern Beaches of the seven-metre high structure that will shield the exclusive homes from being washed away during severe storms.

The project, which is 80 per cent funded by residents and 20 per cent by the NSW government and Northern Beaches Council, will stretch 1.3km from Collaroy to South Narrabeen once completed.

The concrete barrier was commissioned to sit along a strip of coastline notorious for cataclysmic erosion after violent waves in 2016 tore chunks off the shore, dragging backyards and pools into the ocean and leaving houses teetering on the edge of oblivion.

A $32million wall is under construction along a 1.3km strip in Sydney’s Northern Beaches 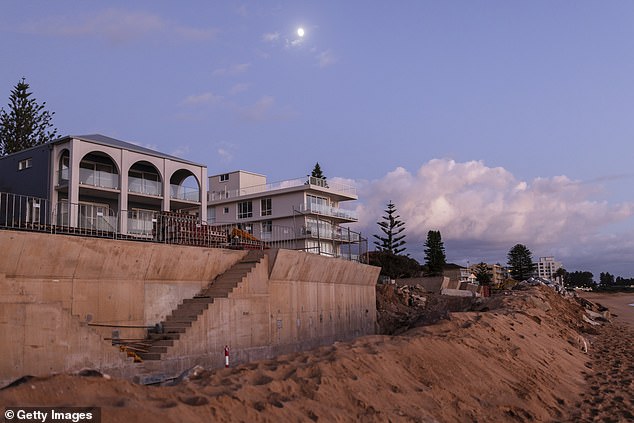 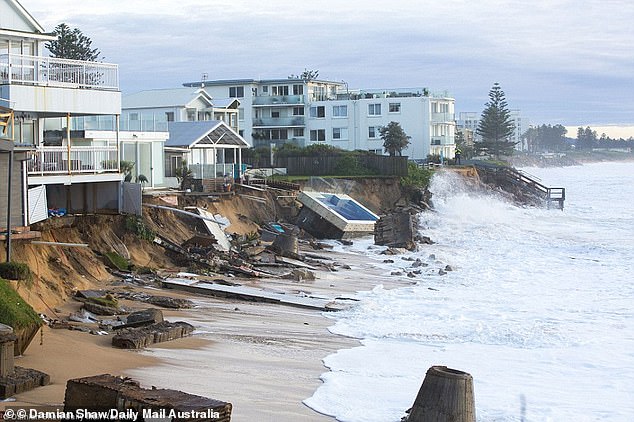 A devastating storm in 2016 saw monster waves eat the shoreline at Collaroy beach (pictured), washing away gardens and even a pool

In the aftermath, devastated residents formed a corporation and hired a coastal engineering company to design the wall, which features a revetment – a structure to absorb the shock from waves- and have it approved by the council.

‘Without the wall built here, we’d be ripped into with the next storm,’ resident Bob Orth told the Guardian.

‘I haven’t got a doubt in the world [that it will work], and no one has any doubts along here. The owners are very happy with the solution.’

But despite the 10 property owners footing the majority of the bill – at a cost of $300,000 each – some locals argue the fortification has destroyed the beach.

Brendan Donohoe, from Surfrider Foundation, an organisation rallying against the seawall, says the council has sacrificed the public space to protect private property.

‘The council was honestly shocked we weren’t delighted. We were honestly astounded at what they’ve done,’ Mr Donohoe said.

As natural, dynamic systems, beaches are sensitive to unnatural physical changes such as building on dunes or sand disturbances – which can also drive erosion. 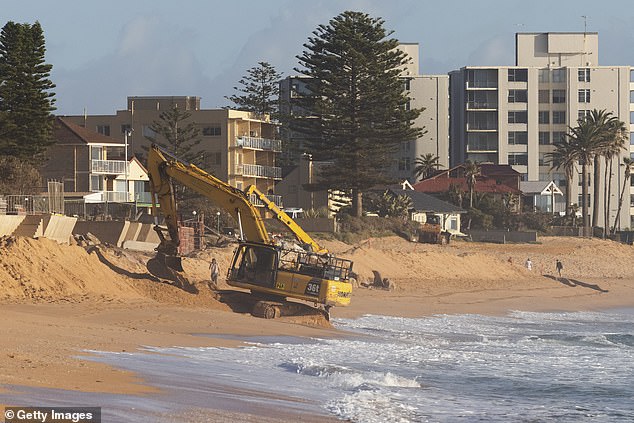 The concrete wall has left the community divided, with some arguing the structure will destroy the beach 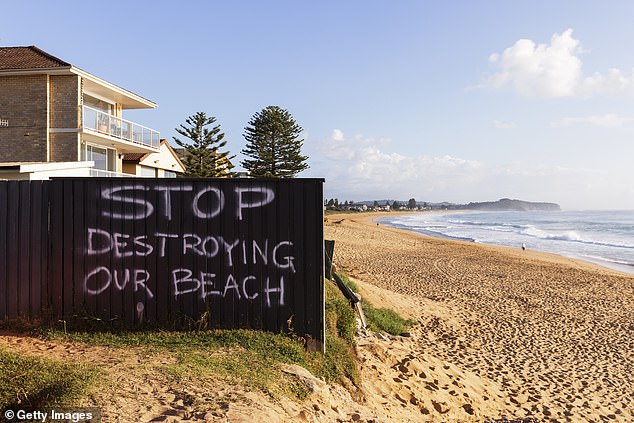 Pictured: Graffiti is seen written on a wall by Collaroy beach on Monday October 25

Altering the environment can result in sand building up in one spot while disappearing in another as grains swept along in waves settle unevenly around or get pulled away from foreign structures.

Mr Donohoe fears the sand banked up in front of the wall will be depleted during the next bout of wild weather, leading to that section of the beach disappearing unless sand is artificially redeposited.

He said the properties in the line of fire are ‘ultimately unprotectable’ and ensuring the continued existence of the beach should be the council’s priority.

Many communities across Australia are facing the impacts of coastal erosion as extreme weather and rising tides fuelled by climate change chips away at coastlines.

Over the past 12 months, Byron Bay’s Main beach, in northern NSW, has been savaged by destructive waves, while the Inverloch’s Surf Life Saving Club, in Victoria, has lost two patrol towers over the past few years. 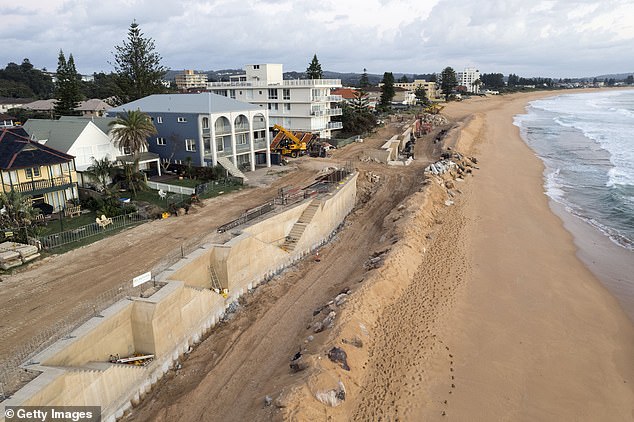