‘Several’ US tourists among 10 killed in Acapulco crash

Five U.S. citizens were among 10 people who died in a car crash and subsequent fire on the southwestern coast of Mexico near tourist hot spot Acapulco, the U.S. State Department said on Sunday.

Two other were injured in the accident late Friday, when two cars and a motorcycle collided on the highway between Acapulco and beach city Zihuatanejo in the state of Guerrero, Mexico’s civil protection agency said.

A 1-year-old and 4-year-old were killed in the accident, along with others ranging in age from 26 to 76, Guerrero’s civil protection agency said. The injured survivors are ages 8 and 18.

A three-vehicle collision left at least 10 people dead, five of them residents of the United States

A U.S. State Department official said U.S. citizens were among the injured but had no other details.

The highway along the Pacific Coast is typically busier than usual at year-end, when tourists flock to beaches for vacations.

Last week a dozen tourists, including U.S., Brazilian, Canadian and Swedish citizens, were killed when their bus crashed and flipped over on a highway in the Yucatan Peninsula state of Quintana Roo, where many popular tourist sites are located. 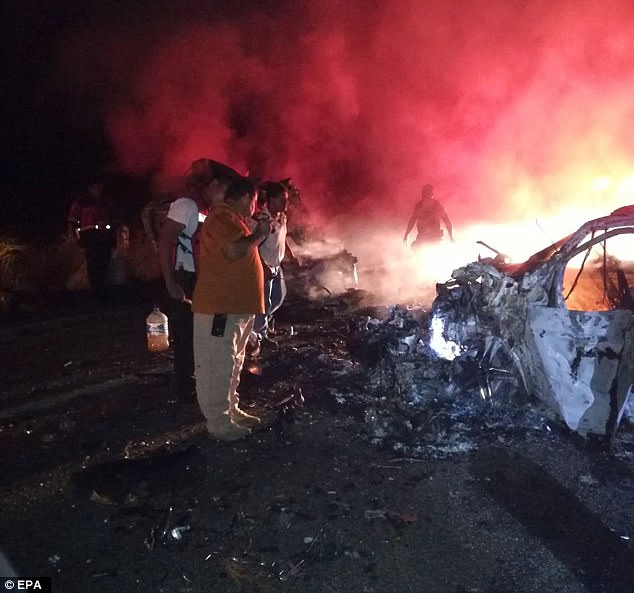 Several U.S. citizens were among 10 people who died in a car crash and subsequent fire on the southwestern coast of Mexico near tourist hot spot Acapulco