Sevilla fans turned out in force to greet their triumphant stars home after Julen Lopetegui’s side were crowned Europa League champions for a sixth time, despite the country having the highest Covid-19 infection rate in Europe.

The LaLiga side returned home from Germany having overcome Roma, Wolves, Manchester United and Inter Milan to win the coveted European prize, as an own goal from Romelu Lukaku saw the Spaniards see off Inter in Friday night’s final.

And Lopetegui and his players have been pictured returning to jubilant scenes in Spain, with supporters turning out to catch a glimpse of their heroes on Saturday, despite the fact that Spain currently has the highest coronavirus infection rate in Europe. 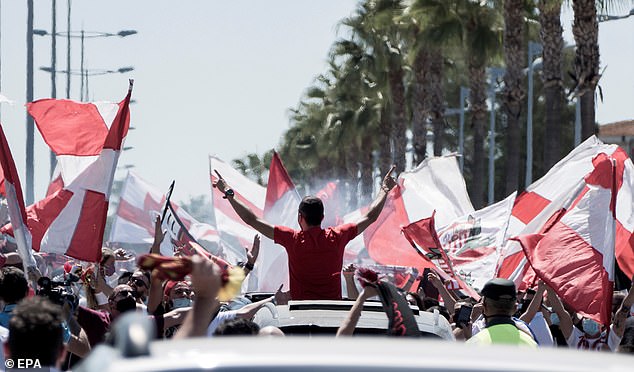 Despite having the highest Covid-19 infection rate in Europe, fans turned out in force to greet their heroes after Julen Lopetegui and his players returned home following Friday’s final 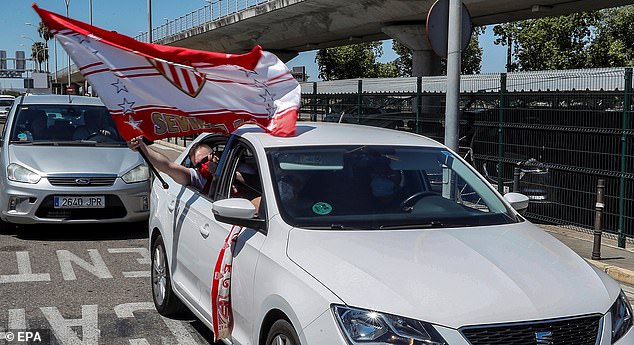 Fans were seen lining the streets and waving flags for their returning heroes, while some supporters were pictured waving from cars as they greeted the players.

The squad and coaching staff donned ‘Campeones’ t-shirts and most players were still wearing their winners’ medals after their famous victory in Cologne, Germany. 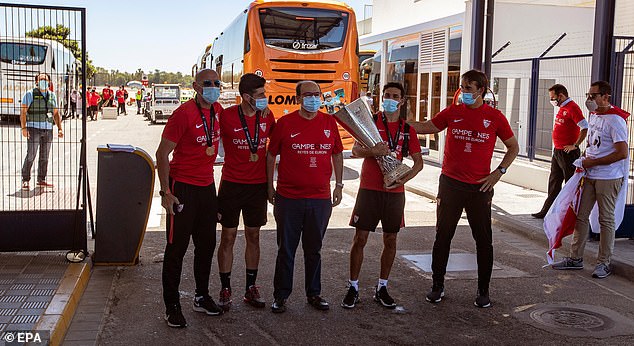 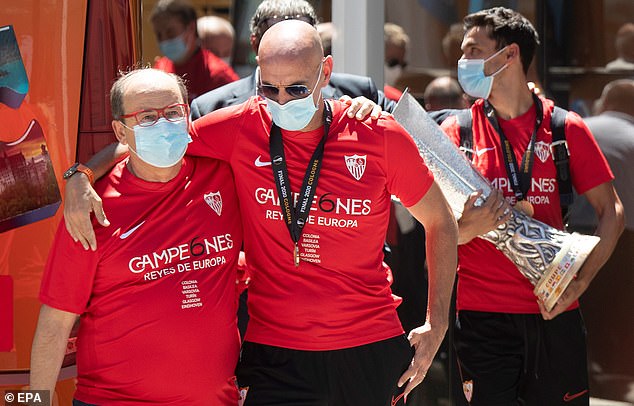 After Friday’s match, Lopetegui dedicated the trophy win to the Sevilla fans who have lost their lives due to the coronavirus pandemic while also paying tribute to late ex-Sevilla stars Jose Antonio Reyes and Antonio Puerta.

The coach said: ‘My players are very great, they have worked a lot. They have always put hope and desire.

‘It (the Europa League title) goes to Reyes, for Puerta and for all the people who love us.

‘It goes for all the Sevilla players who are in heaven helping us.’

Sevilla fell behind early on through Lukaku’s penalty but two headers from Luuk De Jong turned the game on its head during the first-half. 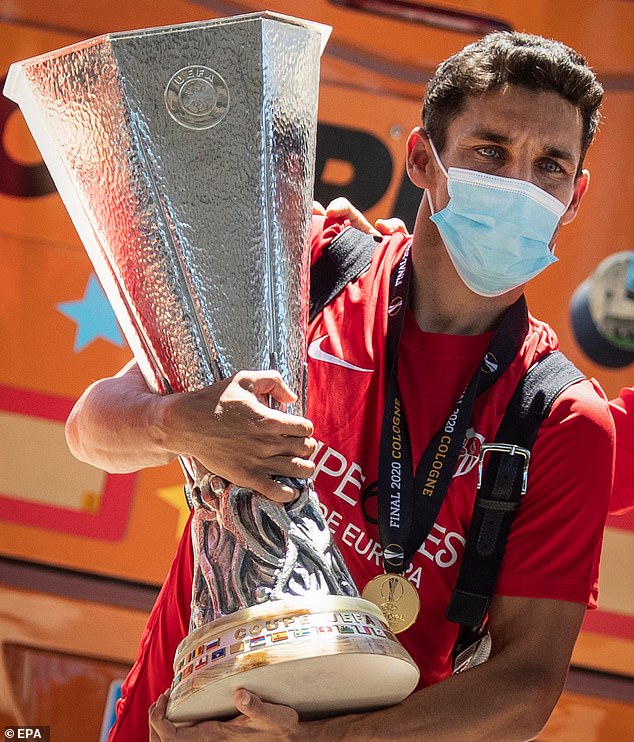 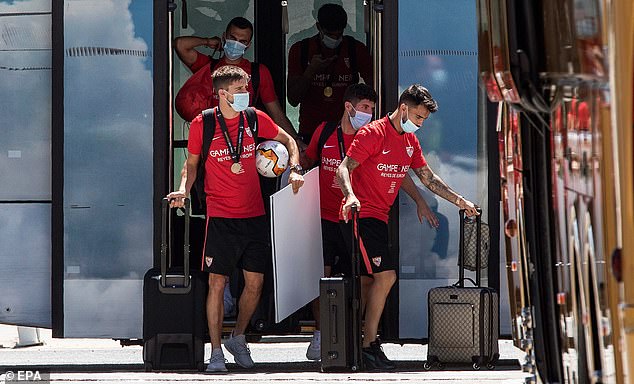 The scoreline remained 2-2 before Lukaku’s own-goal after a Diego Carlos overhead kick nudged Sevilla in front, with the blunder proving to be the decisive goal.

It is the sixth time Sevilla have won the Europa League in their history, having won it three years in a row from 2014 to 2017.