Sevilla winger Jesus Navas has admitted that his Manchester City connections have provided him with an additional incentive to impress in his side’s Champions League tie against Manchester United.

On Wednesday night Sevilla will host Jose Mourinho’s side in the first leg of their last 16 encounter and Navas, who played 183 games for City before leaving last summer, is especially determined to knock United out of Europe’s elite club competition.

‘For us, it’s all about getting through to the next round,’ said Navas ahead of the Reds’ visit on ­Wednesday for the first leg of their last-16 clash.

Navas added that he will be looking to help Sevilla beat United to please the friends that he has in Manchester.

‘But I know it would be nice for some of the friends I’ve got back in Manchester if we did manage to pull it off and knock out United,’ he said

‘If people underestimate us, they should look at what we’re doing at the moment, our ­performances, the fact we’ve got to a final already and we’re still in all of the competitions.

‘We’re a great side and we can achieve things. 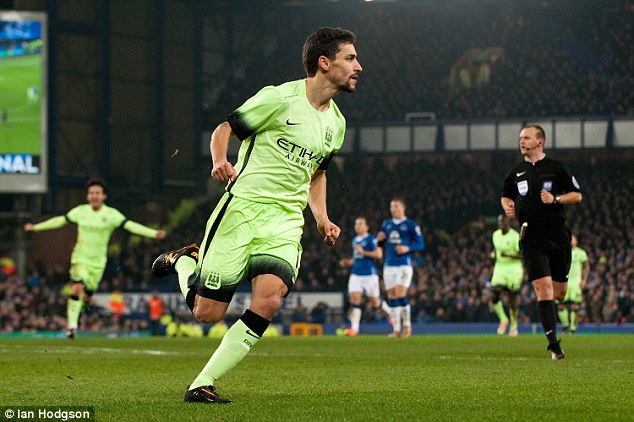 ‘United were always our great rivals when I was at City, and we played some really important games against them.

Sevilla are currently in fifth place in LaLiga and have won three of their last five top flight games, most recently beating Las Palmas 2-1.

In addition, Vincenzo Montella’s side are through to the final of the Copa del Rey, where they will face Barcelona in April.

Navas graduated from Sevilla’s academy before breaking into the first-team and won two Copa del Reys, two UEFA Cups and the UEFA Super Cup during his initial spell at the club.

In 2013 Navas made the switch to City, where he added to his trophy haul by winning the Premier League title and two League Cups.

Since rejoining Sevilla last summer, Navas has featured prominently for the club, making 35 appearances across all competitions.

Sevilla have already faced one English side in the Champions League this season as they were involved in two entertaining encounters with Liverpool in the group stages.

The teams drew 2-2 at Anfield before playing out a 3-3 draw in Spain, although it was Liverpool who ended up topping the group.