A maths teacher who sexually assaulted his 15-year-old student boasted about his actions online.

Nicolaas Bester, from Tasmania, spent two years behind bars over the 2010 assault of a schoolgirl at Hobart’s prestigious St Michael’s Collegiate.

Bester maintained he was the real victim, even after he was jailed for an additional four months for describing his experiences with the teenager _ who was battling anorexia and depression at the time _ as ‘awesome’ and ‘enviable’.

Despite the conviction, Bester had argued the victim, who cannot be named, ‘was 15 going on 25’,news.com.au reported.

Nicolaas Bester, from Tasmania, spent two years behind bars over the 2010 assault of a schoolgirl at Hobart’s prestigious St Michael’s Collegiate

Bester took to social media to attempt to clear his name, boasting about the sexual abuse in the process

Bester took to social media to attempt to clear his name, boasting about the sexual abuse in the process

In response to an online critic, he replied: ‘Zip up your testicles in the feminist handbag, you sorry little pr*ck. Judging from the emails and tweets I have received, the majority of men in Australia envy me. I was 59. She was 15 going on 25… it was awesome.’

The court later heard he continued responding to a man on Facebook who had attacked his behaviour.

‘I had a sexual relationship with a girl who was younger than seventeen. How many others do this? Go to Moohah, New Norfolk and do a door knock and stop trying to stigmatise my association.’

Recently, Bester was confronted by 60 Minutes journalist Allison Langdon over the 2010 assault.

The convicted sex offender, Nicolaas Bester (left), is allowed to speak freely and has previously made statements claiming the relationship was consensual and that he was the real victim

Outside an Officeworks, Bester, now 65, refused to admit any wrongdoing, saying he did ‘nothing of the kind’ when approached by Ms Langdon.

After the journalist asked if he was ready to apologise to the victim, Bester halted.

‘There’s that word again, victim. We’ll see who the victim is.’

He also made no apologies for his behaviour.

The then-teenager was preyed on by Bester, a highly regarded teacher, who assaulted her at school, in his office, a hotel room and at church.

She said she saw him as a father figure while she struggled to cope with a broken family life and an eating disorder.

After six months of abuse, she found the courage to report the assaults to police who jailed the 58-year-old for two years.

His sentence was increased for making child exploitation material, another conviction be believed was unfair because he unintentionally downloaded the material when he attempted to change the font on his desktop computer.

Section 194K of the Evidence Act in Tasmania prohibited revealing the identity of a sexual assault survivor – even if they are willing to share their story. 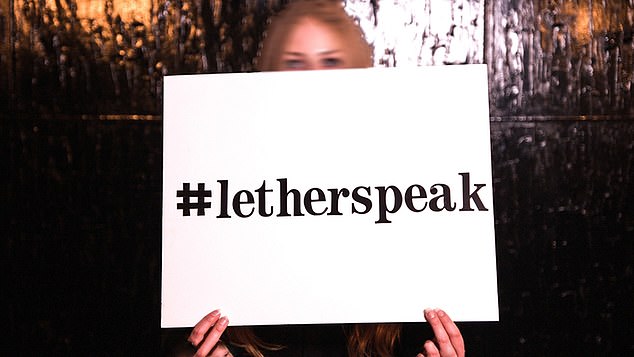 Anonymity of sexual assault complainants in Tasmania is protected by s 194K of the Evidence Act 2001 (Tas).

In summary, a person cannot publish anything to identify a victim of a sexual crime.

They are only able to if they have a court order.

A court will only authorise publication if information is considered public interest. They are likely to impose conditions to the publication.

It is punishable as a contempt of court, without authorisation.

Publishing information without court authorisation is punishable as contempt of court.

In the 60 Minutes report, ‘Jane Doe’ was forced to speak behind an alias where her face was blurred and voice altered.

‘The fact that I can’t take control of my own story, that’s frustrating, and it adds to that feeling of I have to be ashamed of my story, of my past, which shouldn’t be the case,’ Jane Doe said.

In a particularly horrifying instance, Bester manipulated a memory the young woman shared with him of prior abuse as a child, where she was locked in a closet.

He forced her to recreate the moment and told her to take off her clothes. She described the incident as cruel, haunting and evil.

Under Tasmanian law, the conviction against Bester had no mention of rape, sexual abuse or grooming.

He was charged with maintaining a sexual relationship with a young person, despite months of grooming Jane Doe endured and her youth.

When he was released from prison, Bester released an interview branding himself as a victim who lost his wife, status in the community and job as a result of the conviction.

American actor and activist Alyssa Milano, who has been an advocate of the #MeToo movement, also spoke with 60 Minutes.

The Charmed star had launched the #LetHerSpeak social media campaign in the hope of starting further conversation.