A sexual assault survivor confronted Republican Senator Ted Cruz in an elevator outside of Brett Kavanaugh’s vote to share her story of rape.

In a video posted to Twitter, Jessica Morales Rocketto is seen speaking to the Texas Senator who is supporting embroiled Judge Kavanaugh in his nomination to the Supreme Court, despite sexual assault allegations against him.

‘I think substance matters,’ he responds.

This came the same day two women tearfully cornered Senator Jeff Flake in an elevator to share their stories of sexual assault. 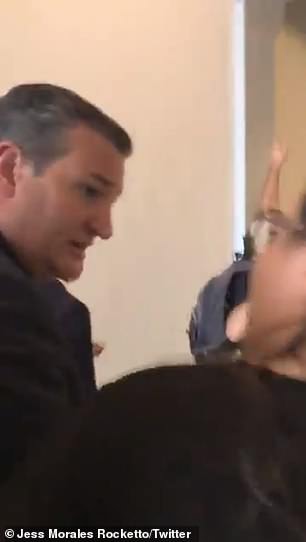 Morales Rocketto posted the video to her 16,000 followers on Twitter Friday, writing: ‘On my way out of the Senate today I ran into @TedCruz. He looked at me in silence for 15 seconds after I told him my story of assault 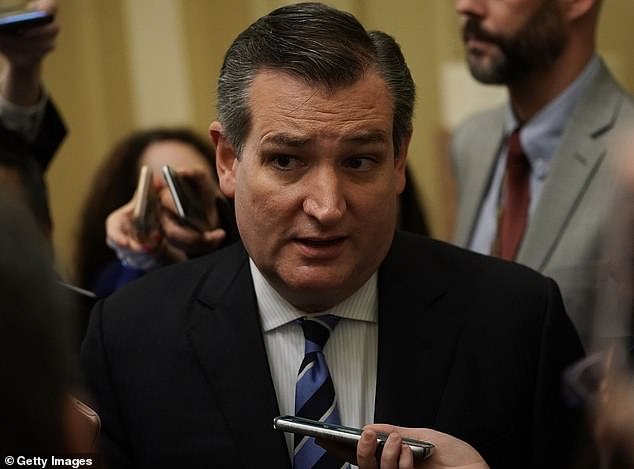 Morales Rocketto posted the video to her 16,000 followers on Twitter Friday, writing: ‘On my way out of the Senate today I ran into @TedCruz. He looked at me in silence for 15 seconds after I told him my story of assault. 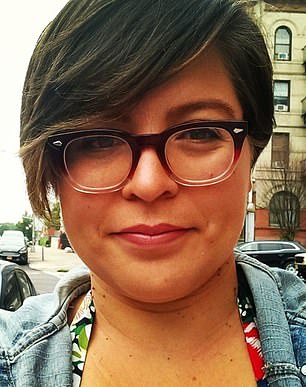 ‘He told me ”substance matters.” I told him the substance of my argument was #BelieveSurvivors and to #BeAHero and vote no on Kavanaugh.’

Morales Rocketto tells Cruz in the video: ‘I spent the entire day telling the story of a man who raped me. And I need you to know how important it is.’

‘I’m very sorry for what happened to you but, that is not Judge Kavanaugh,’ Cruz tells her.

‘Yes but it’s one way you can show me you understand why it’s important to believe survivors,’ she says as Cruz disappears into a room.

As the door shuts on Morales Rocketto, she and another man shout: ‘I hope you make the right choice, sir. Do the right thing, Senator! Be a hero!’

The confrontation comes one day after Dr Christine Blasey Ford testified in front of the Senate Judaical Committee, explaining how she feared for her life when a ‘visibly drunk’ Kavanaugh sexually attacked her at a high school party when she was 15.

Following her testimony, Kavanaugh denied ever sexually assaulting Ford and repeatedly evaded questions about his drinking in high school and college. 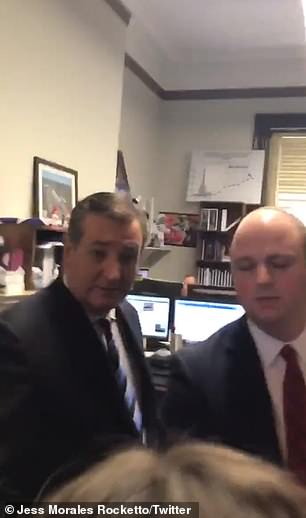 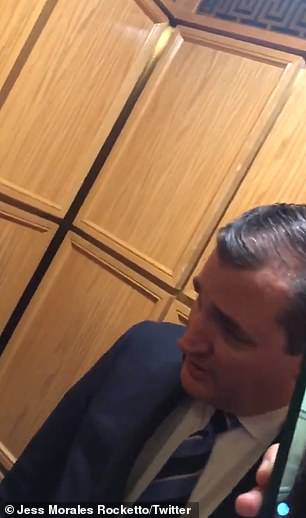 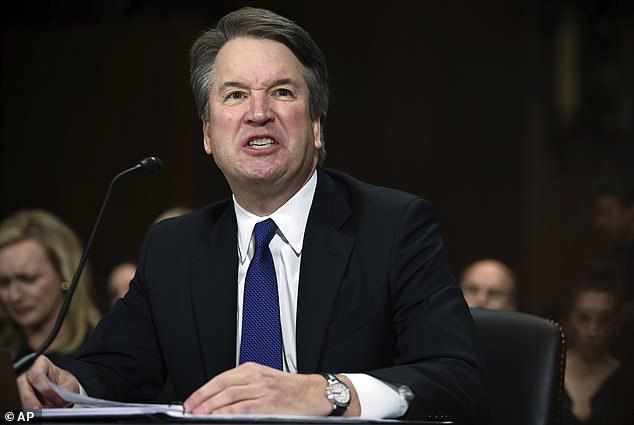 The Texas Senator is supporting embroiled judge Kavanaugh in his nomination to the Supreme Court, despite sexual assault allegations against him

A vote to confirm Kavanaugh has since been pushed back for another week after a heated exchange prompted Arizona Senator Jeff Flake to announce that he would advance Kavanaugh’s nomination only after after the FBI be allowed to investigate the allegations against Kavanaugh by Dr Blasey Ford.

Flake’s decision came after two survivors of sexual assault berated the senator in an elevator after he announced he would vote in favor of Brett Kavanaugh earlier that morning.

Maria Gallagher, 23, and Ana Maria Archila had rushed after Flake in a Capitol Hill hallway and blocked the doors to the elevator Flake was in Friday.

Archila pointed her finger at Flake while she appeared to keep the elevator door from closing. 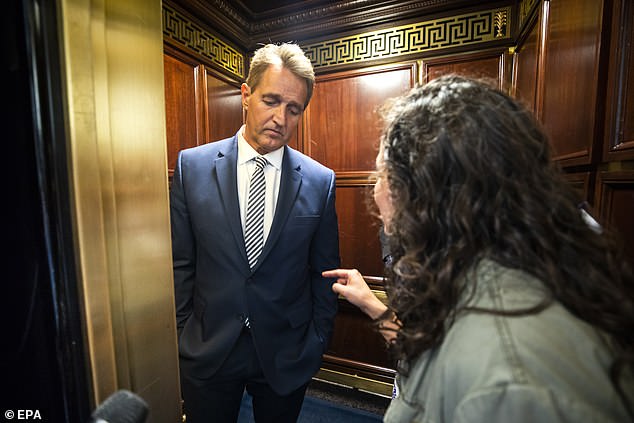 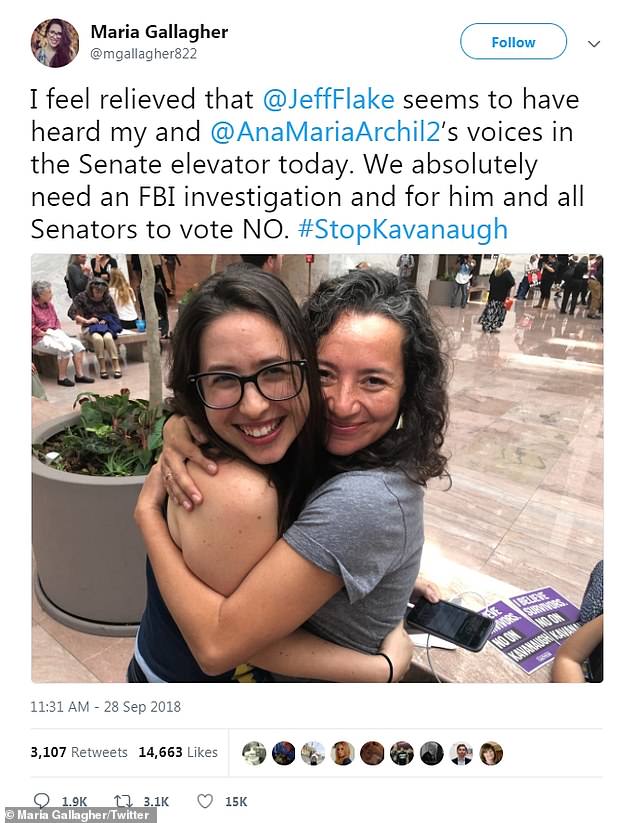 ‘On Monday, I stood in front of your office,’ Archila, co-executive director of the nonprofit Center for Popular Democracy Action, told Flake.

‘I told the story of my sexual assault. I told it because I recognized in Dr. Ford’s story that she is telling the truth. What you are doing is allowing someone who actually violated a woman to sit on the Supreme Court.’

Gallagher shouted, through tears: ‘I was sexually assaulted and nobody believed me.

‘I didn’t tell anyone, and you’re telling all women that they don’t matter, that they should just stay quiet because if they tell you what happened to them you are going to ignore them.’

‘That’s what happened to me, and that’s what you are telling all women in America, that they don’t matter,’ she said through tears.

Reacting to Flake’s volte-face, Gallagher said she felt relieved that their voices had been heard and that an FBI investigation will take place.