Sexy or sinful? Calendar of handsome priests is a hit with tourists in Rome

Move over hunky fireman – next year, the calendar that’s making women all over the world swoon involves some very dapper priests.

Following on from the success of Fleabag’s ‘Hot Priest’, a calendar of handsome vicars has become a phenomenon among tourists in Rome and Nordic countries.

The Calendario Romano, which features from Venetian photographer Piero Pazzi, can be bought from kiosks and shops in Rome and Venice.

For €7 [£6.10], visitors can enjoy pages adorned by well groomed and good-looking priests in black and white – and they’re so popular, one shopkeeper claims he’s selling at least 100 a day.

Pictured: For February, the page has a picture of a priest in a hat and a well groomed beard and moustache

As well as information on the Vatican, the A4 flip calendar also includes former popes and beautiful churches in Rome.

The Vatican, however, has discreetly acknowledged its secrete appeal after handing out freebies at a World Youth Day event.

On the product, British tourist Rebecca Shorrock told The Times: ‘I’ve just bought two of the 2023 calendars… But they were the last in stock and I need three more for presents.’

She added she has started to see some similar faces on the calendar, saying: ‘I definitely recognise Father June and Father October has been in before with his distinctive hat. 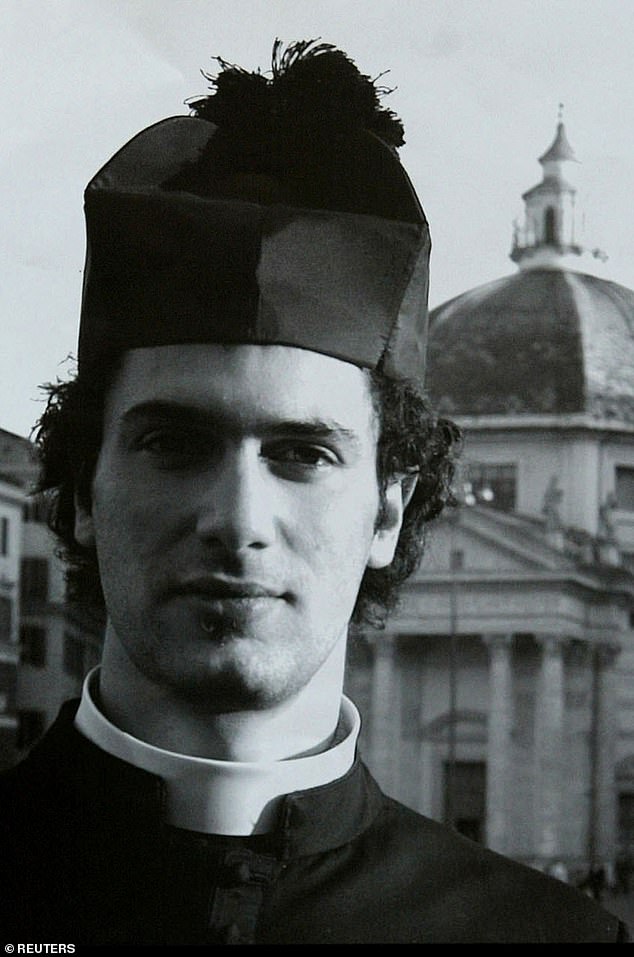 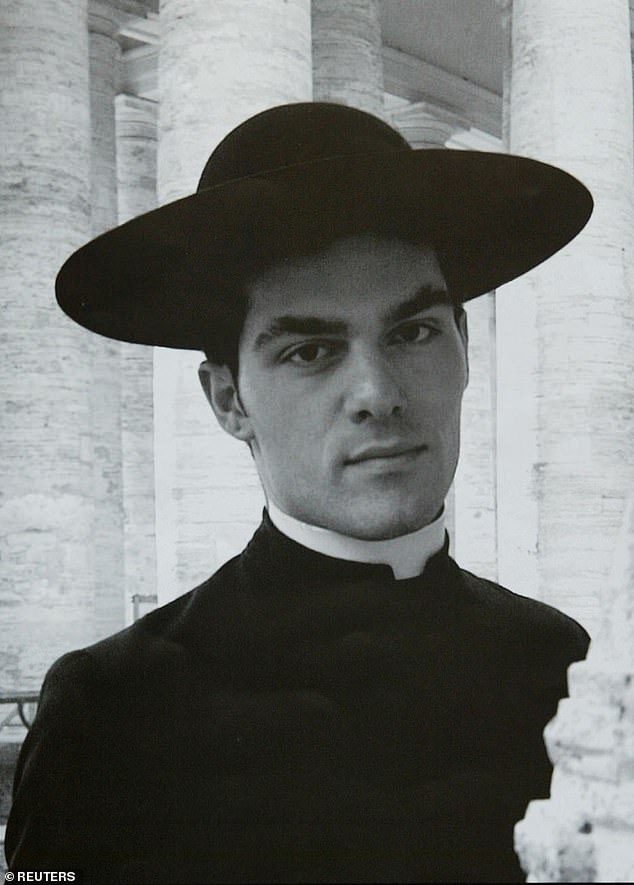 Titled Calendario Romano 2004, the calendar can be bought for €7 in shops in Rome and Venice 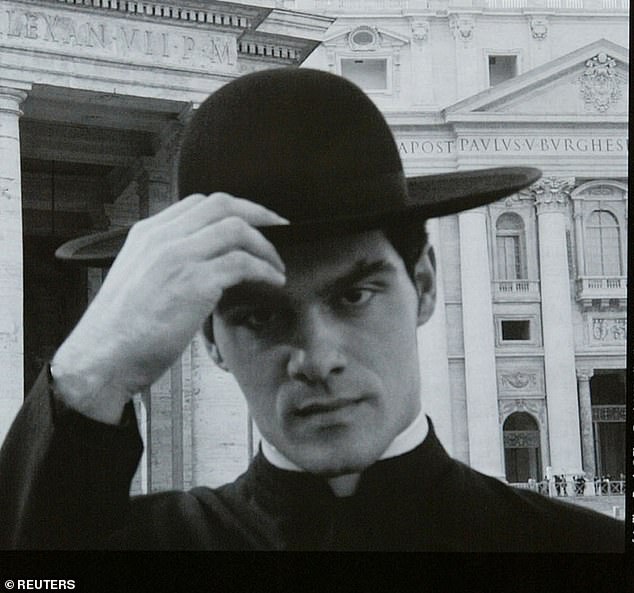 Pictured: The page for January has a well to-do priest. As well as information on the Vatican, the A4 flip calendar also includes former popes and beautiful churches in Rome 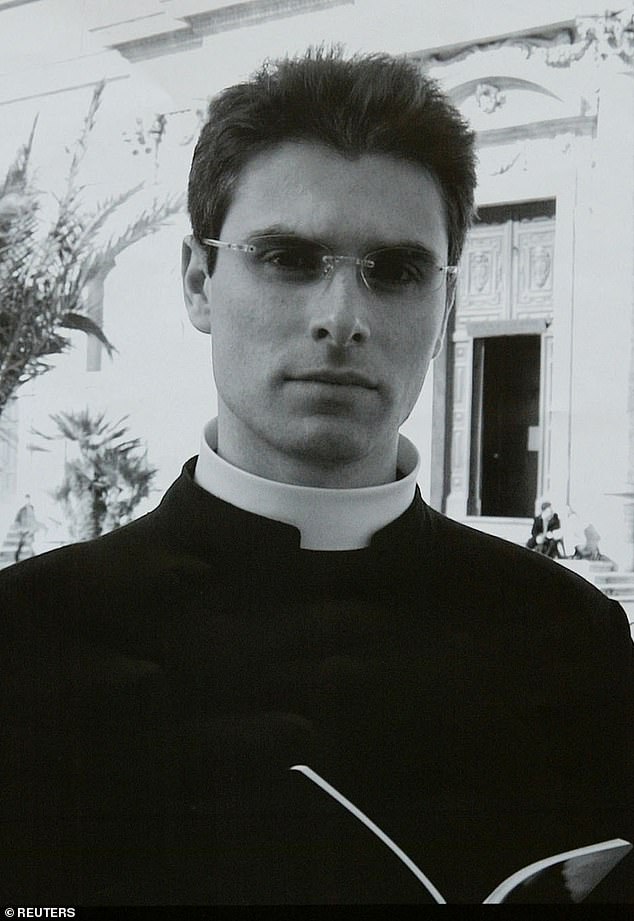 For March, the designers choose to put a an attractive priest with a full head of hair looking very studious while reading 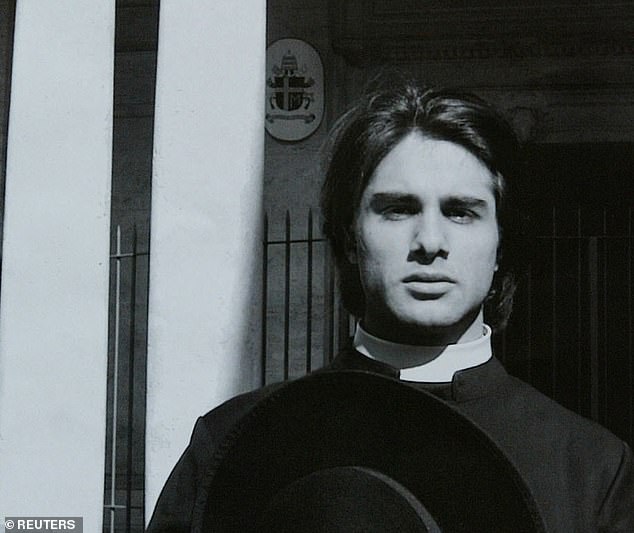 ForJune in 2003, photographer Piero Pazzi chose another handsome priest to picture for one of the summer months

‘August looks new. My recommendation to the makers of the calendar is mix it up a bit. There are hot priests all over the place.’

The calendar, which is celebrating its 20th anniversary, is a cult phenomenon with people vying to look at the hot priest.

Pazzi, 60, denied he is making images of the priests and said the primary aim of the product was keeping people informed about the Vatican.

He added: ‘There is an old Spanish saying: ‘It’s not the painter who makes an icon sacred but the person who venerates it.’

One shop keeper said he sells around 100 a year, with the majority of his customers from women.

Britain also has its own ‘hot priests’, including Old Etonian vicar Pat Allerton. 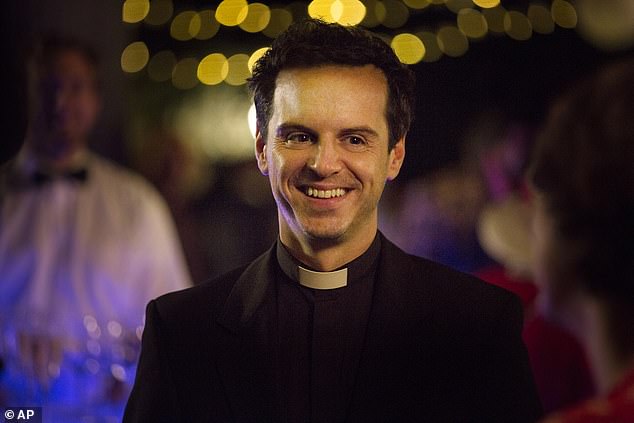 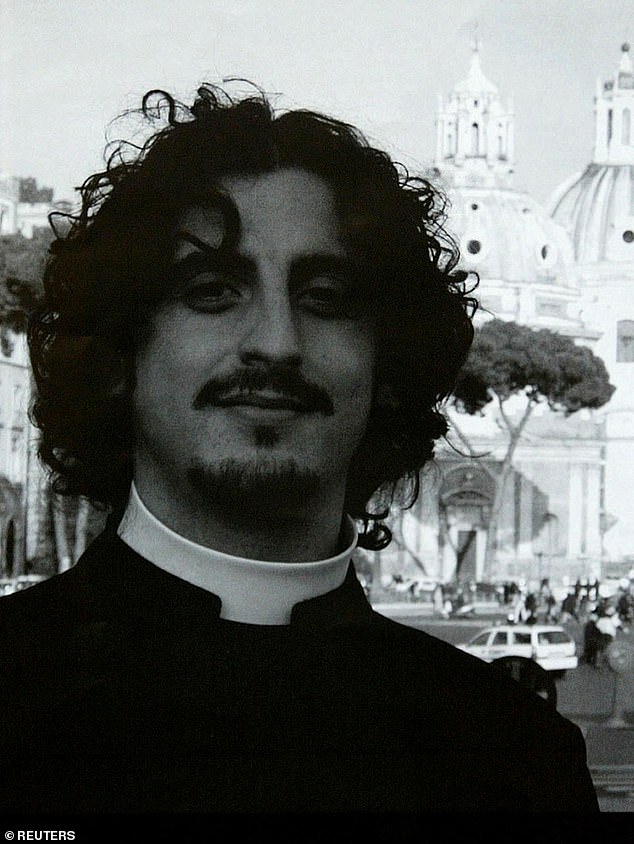 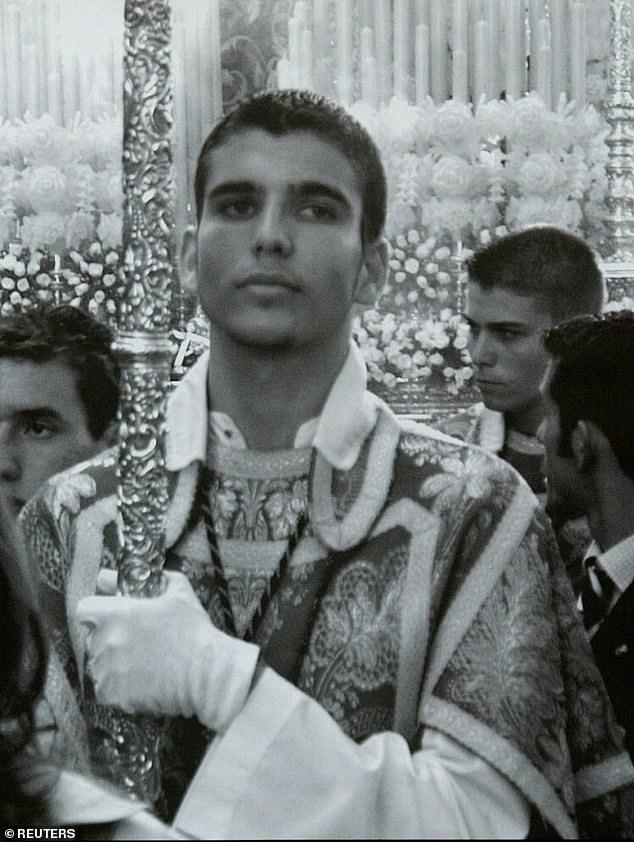 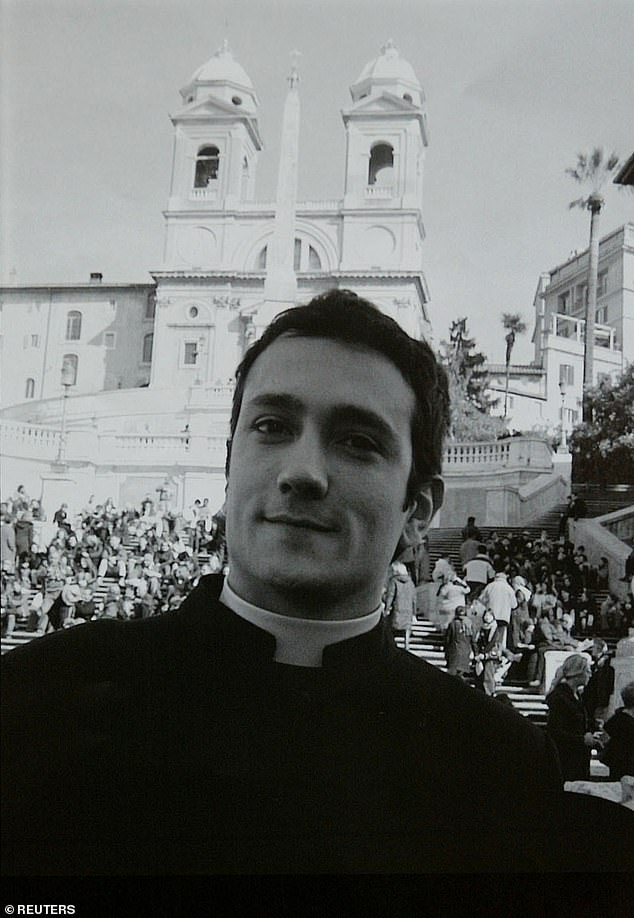 For July, a priest smiling with short black hair in his dark robes

The 42-year-old vicar from Notting Hill made waves in 2021 with his trendy take on religion.

He shocked female fans when he announced his engagement to South African-born Kirsty Turnbull, 33, in January, having been in a bubble together at her parents’ home in Hampshire during the England’s third coronavirus lockdown.

According to Tatler, the pair married in an intimate ceremony at a country village church in Longparish on 10 July and exchanged rings with the words ‘Love always…’ engraved on the inside.

The pair created an online link for family and friends to attend the service remotely and included a 13 minute pre-recorded message thanking loved-ones for support before the ceremony began. 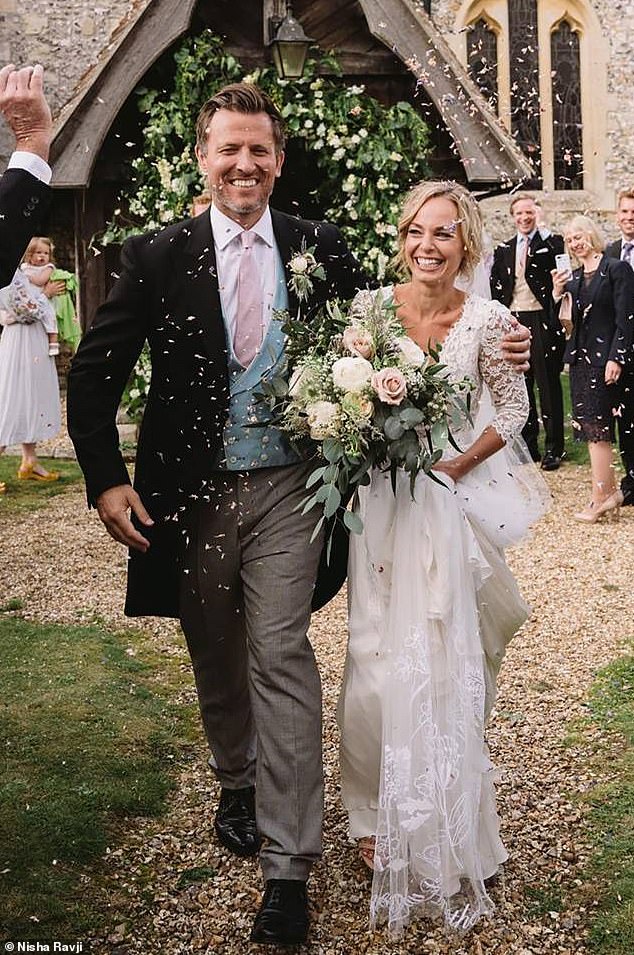 Pat Allerton, 43, a vicar in Notting Hill, married his fiancée Kirsty Turnbull, 34, in an intimate ceremony last year after proposing during lockdown

Meanwhile the bride wore stunning lace and chiffon dress from the Notting Hill based French boutique, The Mews Bridal, with a veil with a Bible verse embroidered within.

Pat revealed that while it ‘wasn’t too much of a complete shock’ when he proposed, but the moment didn’t go exactly to plan.

He explained: ‘As I hugged Kirsty I started by saying what a difficult year it’s been etc… and for a short moment in time she thought I was breaking up with her!’

He said that he ‘lost his words’ while proposing and called it ‘so strange’ to pop the question after ‘years’ of ‘wondering what it would be like.’

Meet the real ‘hot priest’! Handsome Old Etonian vicar causes a stir as he travels across London with a portable prayer service

‘You look just like the real thing!’: New York priest gets praised for his ‘sexy costume’ while attending the Met Gala