Pep Guardiola was distinctly subdued and even harder to comprehend than usual here on Tuesday night, despite a second microphone being stuck in front of his face, though it is hard to sustain an air of victimhood about defensive injuries when you arrive to play Shakhtar Donetsk, the Champions League’s club-in-exile.

The orange and black shirts Manchester City’s opponents will wear tonight were designed to capture the look of local coal miners as they emerged from the collieries of Donetsk, a city which was a once great symbol of Soviet-era industry.

But their Donbass Arena stadium, bankrolled by Rinat Akhemtov, the industrialist whose wealth wrested the dominance of Ukrainian football from their great rivals Dynamo Kiev, has been in a state of devastation ever since Russia’s de-facto invasion of the country’s eastern land in 2014 forced the club into a nomadic exile. 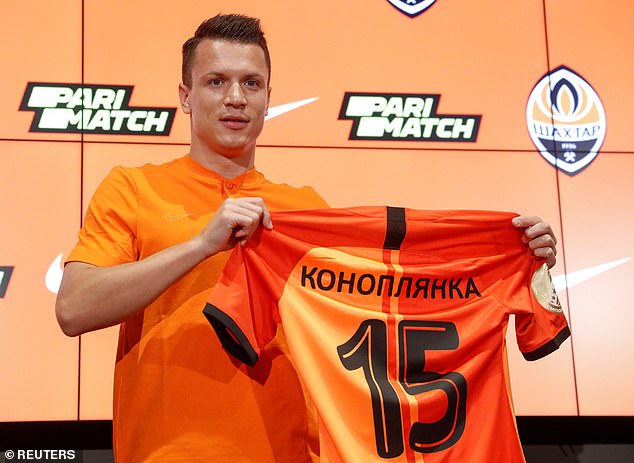 Despite their problems, Shakhtar continue to impress with signings like Yevhen Konoplyanka

Kharkiv is the third city to have provided a home for the club since its refugee status began.

In many respects, this club are the miracle of this tournament: training in Ukraine capital Kiev, making the one-hour flight from there to here to play home games – and yet still the best club in their vast country, top of the Premier League they have won for the past three years.

‘There are some things you cannot possibly change,’ said new manager Luis Castro when asked by Sportsmail about this exile status.

‘It’s true our own stadium would be visited by 35,000 fans each game. It’s a great stadium and we have great fans we can’t do anything about it. We are not supported as well here but we feel people support us, even from long distance.

There are an estimated 200,000 refugees from Donbass in Kharkiv, so that has helped sustain the fan base, though the city has not been a constant home. 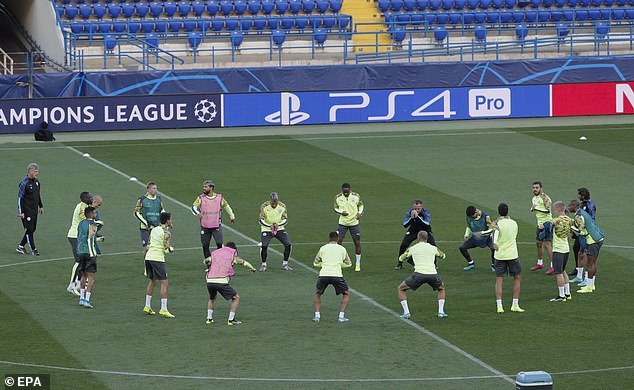 A state of martial law declared by Ukraine’s president last November following the seizing of two Ukrainian ships by Russian forces in the Crimean Sea of Azov led Uefa to insist that the club’s final group stage game of last season’s Champions League, against Lyon, be relocated to Kiev.

It had been a precarious existence before that. The downing of Malaysian Airlines Flight 17 over rebel-held Donetsk – for which Russian military personnel have been blamed by Kiev – also led UEFA to ban international games from taking place anywhere near the Russian border, including in Kharkiv.

Playing in the far western city of Lviv proved even more untenable. The metropolis and the industrial spirit of the Donbass region were simply not suited, crowds were poor and Shakhtar knew they must move on.

There has always been far more warmth in Kiev, where the Shakhtar players initially lived at the same Opera Hotel which Real Madrid used before the 2018 Champions League final against Liverpool. 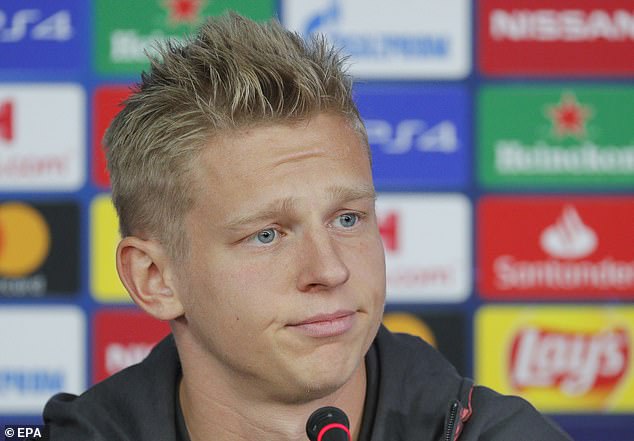 For a few years from 2014, there was a softening in the traditional rivalry between the fans of Shakhtar and Dynamo Kiev, whom they toppled as the leading Ukrainian side. The two sets of fans even intermingled when the sides played each other in Ukraine’s Super Cup.

‘At the start we lost our homes, our team,’ says football journalist Nikolay Khaitul, a Shakhtar specialist who broadcasts through his YouTube channel ShakhtarLife – and who was also exiled from Donbass to Kiev in 2014.

‘For the first few years in exile it was not so good. We lost the championship. But good management of the club has helped us get back. There is still mutual understanding between fans, though not quite the same as it was in the early years.’

Talk of Donetsk being forced to play in Kiev, further away from the Russian border, has receded this year. ‘It’s out of our hands,’ said one source. ‘We must see how the political situation plays out.’ 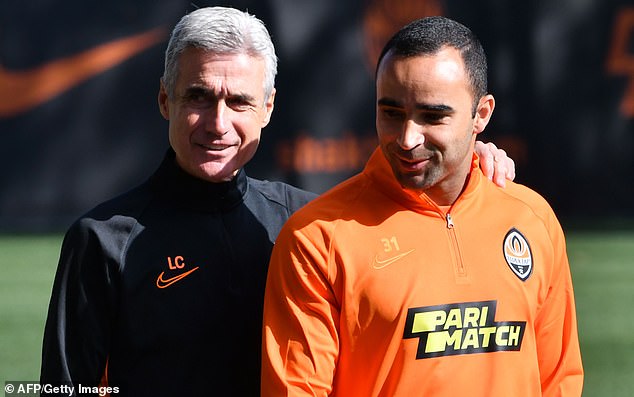 Ukrainian flags were flying – seemingly in defiance – on the sun-drenched main thoroughfare here and a collection box for the Ukrainian army was strategically placed in the reception of one major hotel.

There was a running joke through the two managerial press conferences about Guardiola playing so many Champions League games here he was planning to ‘buy some real estate.’ That, of course, will not be happening.

With the greatest respect, Shakhtar just want to go home. ‘They will need new turf at the Donbass Arena,’ said Khaitul. ‘The stadium has not been loved. But you can be sure that the day they play there once more will be one of huge emotion.’