Shakhtar Donetsk groundsmen hunt for a mole at Metalist Stadium

Don’t make a mountain out of a molehill! Shakhtar Donetsk go hunting for a mole after the pitch at their Metalist Stadium was dug up

Ahead of their opening Champions League game, Shakhtar Donetsk have been on the hunt for a mole.

The Ukrainian club aren’t worried that someone is stealing their tactical secrets for Wednesday’s game against Hoffenheim, however.

A real mole has been digging up the field at Metalist Stadium, leaving three large molehills by a corner flag.

Three large molehills were found near the corner flag at Metalist Stadium in Kharkiv, Ukraine 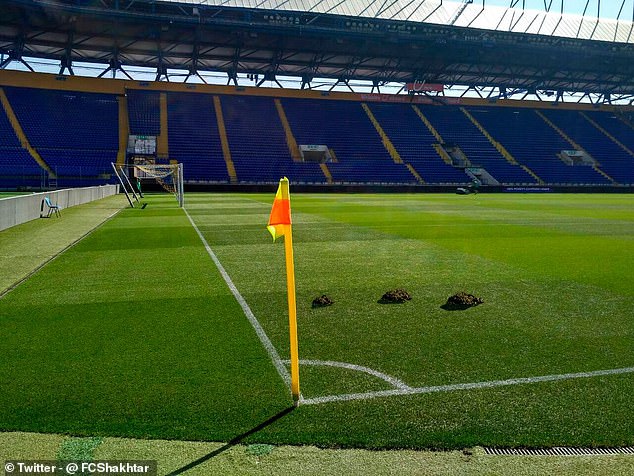 Normally football clubs are worried about moles leaking secrets, not digging up their pitch

Shakhtar says on Twitter that ‘groundsmen quickly eliminated the damage to the pitch and caught a mole. The field is in excellent condition now.’

There was no word on the fate of the subterranean rodent.

Shakhtar’s team, who play in Kharkiv because their home city of Donetsk is occupied by pro-Russian separatist groups, is commonly nicknamed ‘the moles’ because of the club’s historic ties to the mining industry. 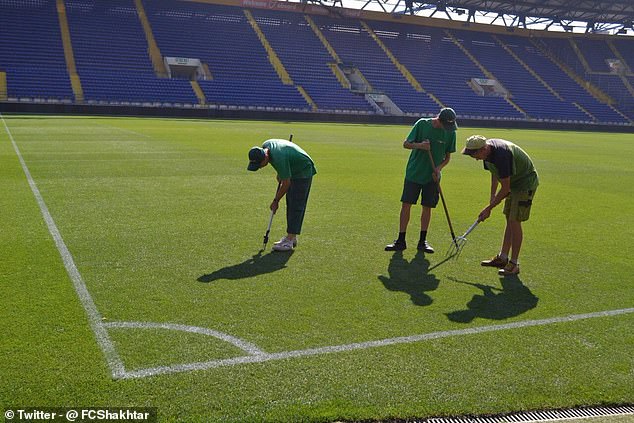 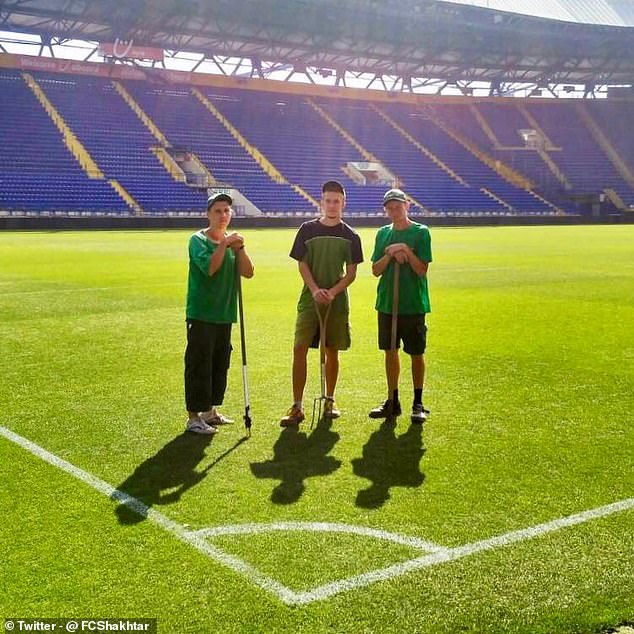