Shakira and Gerard Piqué sat front-row with their sons for a Christmas basketball game in New York City.

Soccer star Gerard, 30, kept it comfortable in a plain white T-shirt, black pants and black Nike high-tops for the game between the Philadelphia 76ers and New York Knicks.

The family sat next to comedian Chris Rock, 52, who attended the game with his mother Rose and daughters Lola, 15, and Zahra, 13.

The former Saturday Night Live star wore a black sweater and ripped jeans and was spotted standing up and gesturing during the game. 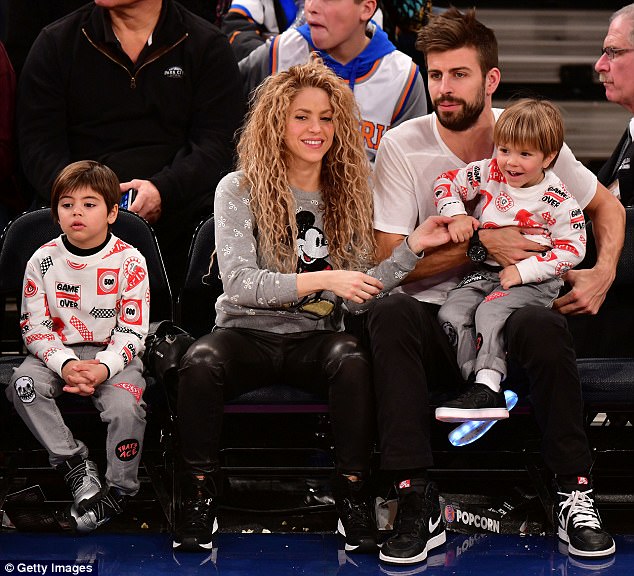 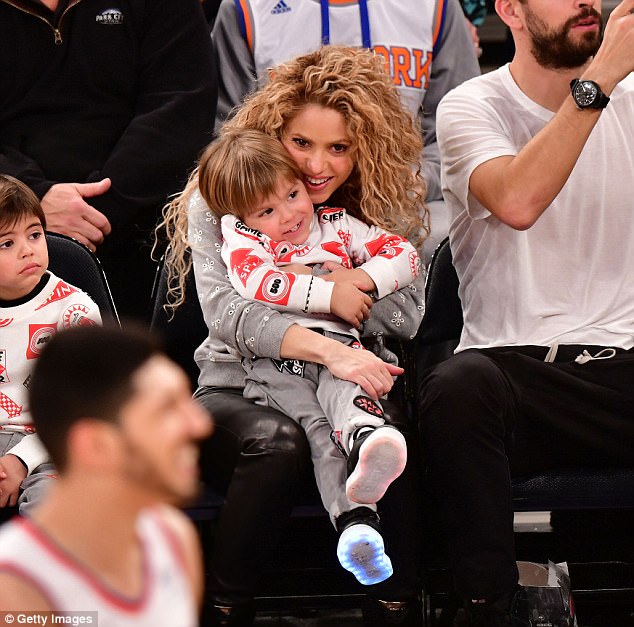 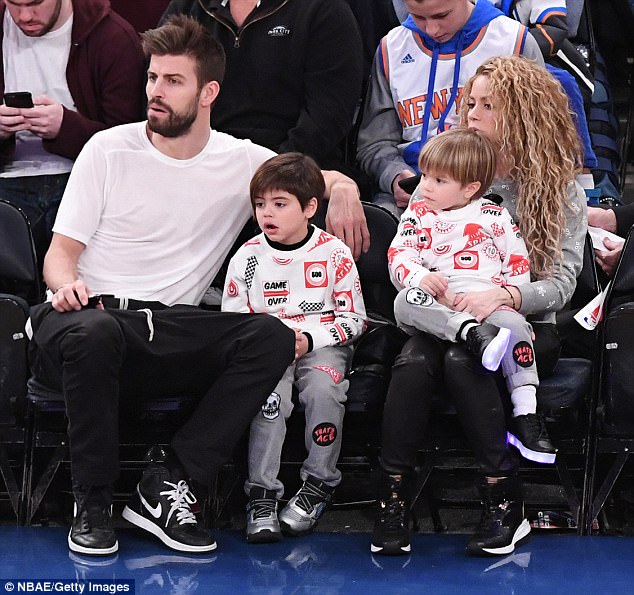 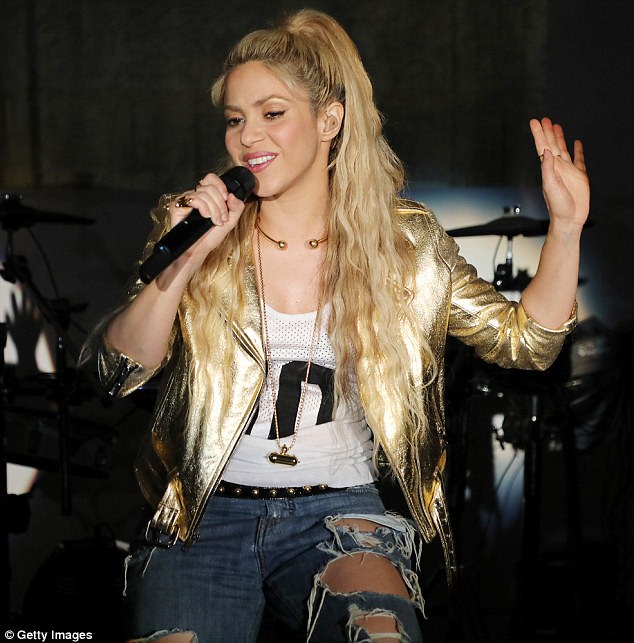 Tour break: Shakira, shown in May in Miami, has been on a medical break from her El Dorado World Tour

Brooklyn native Steve Schirripa, 59, of The Sopranos also attended the game with his family. 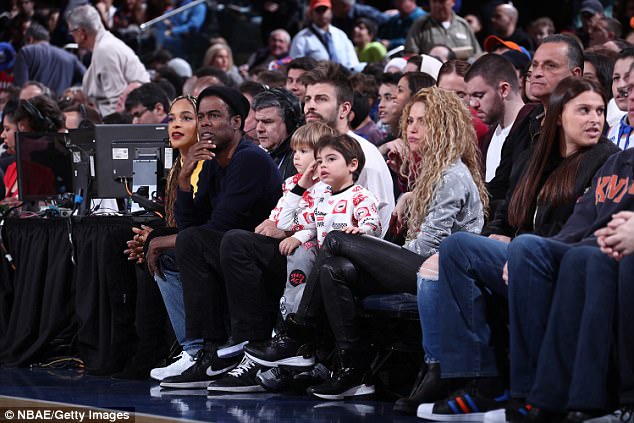 Famous families: Chris Rock and his family sat next to Shakira and Gerard and their boys 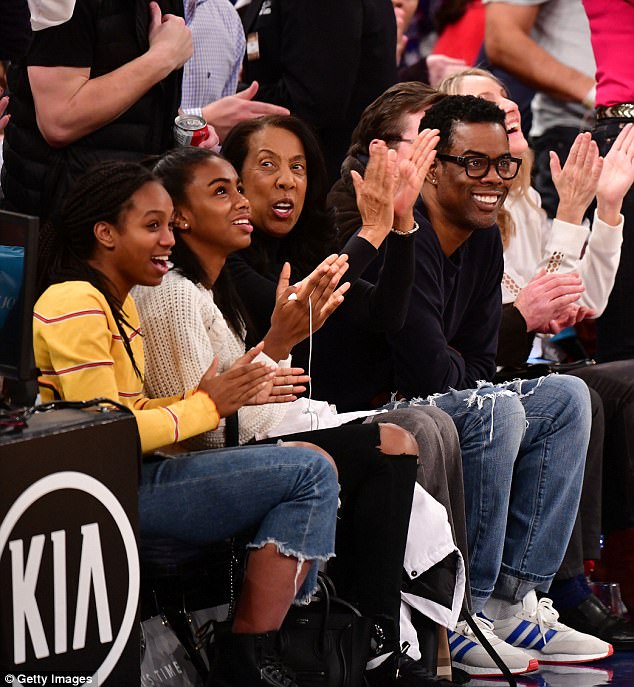 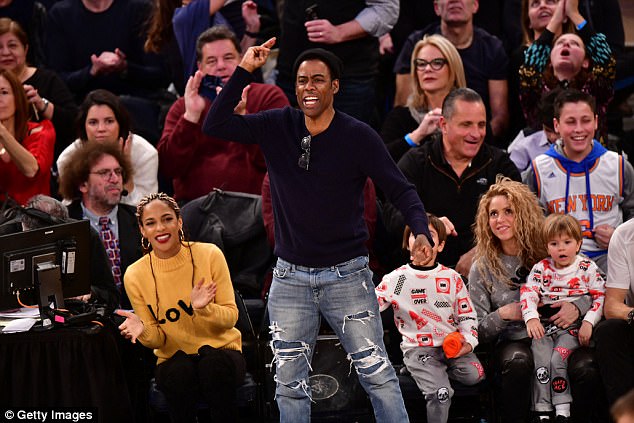 Standing up: The stand-up comedian got out of his seat during the  game 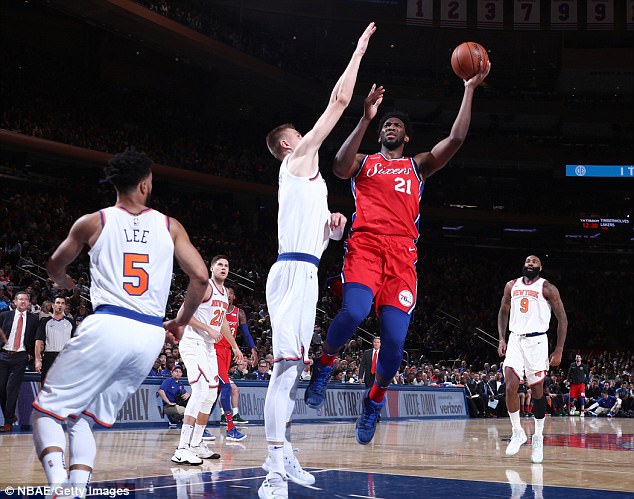 Streak over: Joel Embiid lead the way as the  Philadelphia 76ers snapped their five-game losing streak by beating the New York Knicks 105-98 at Madison Square Garden 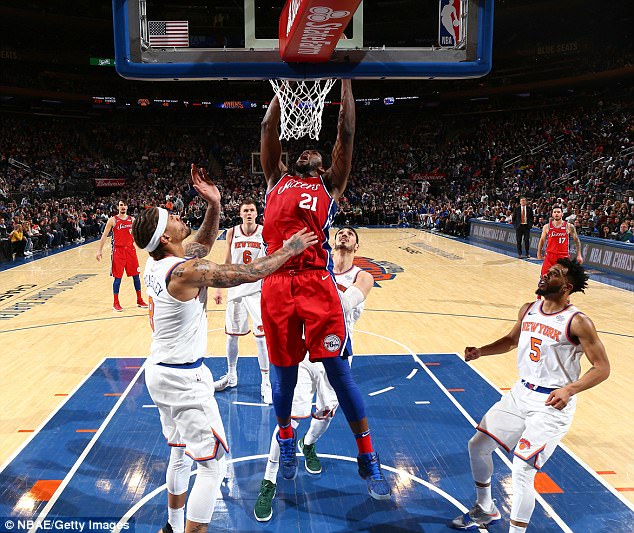 The Baby Driver star posted an Instagram snap of him and Violetta on a subway after the loss. 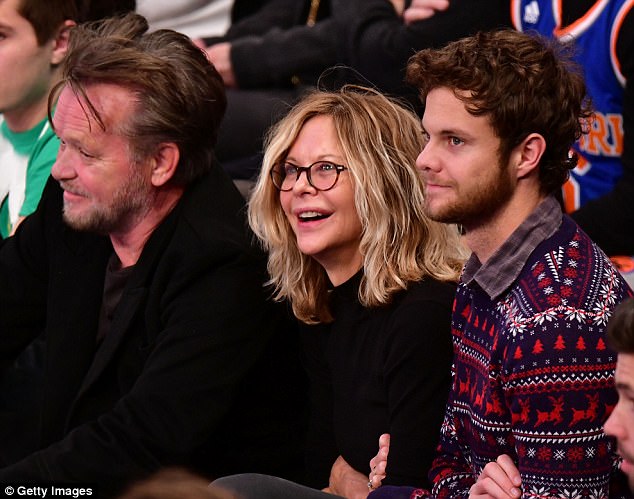 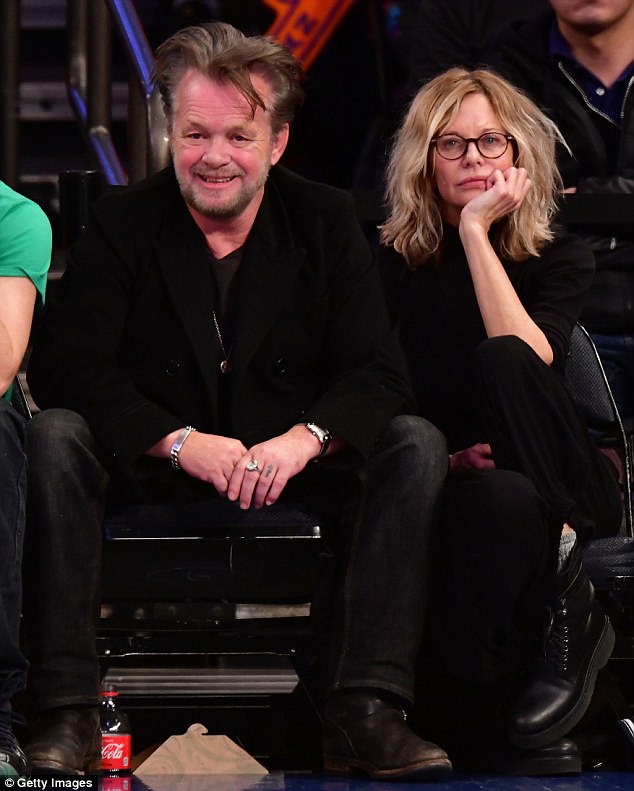 Looking up: Brooklyn native Steve Schirripa, 59, of The Sopranos also attended the game with his family

‘Post Knicks L but it’s Christmas so we’re still smiling,’ he wrote in the caption.

Shakira has been taking an extended break after postponing her El Dorado World Tour due to a hemorrhage of her right vocal chord.

The tour was set to begin in Europe in November, but that leg was postponed in its entirety to 2018. 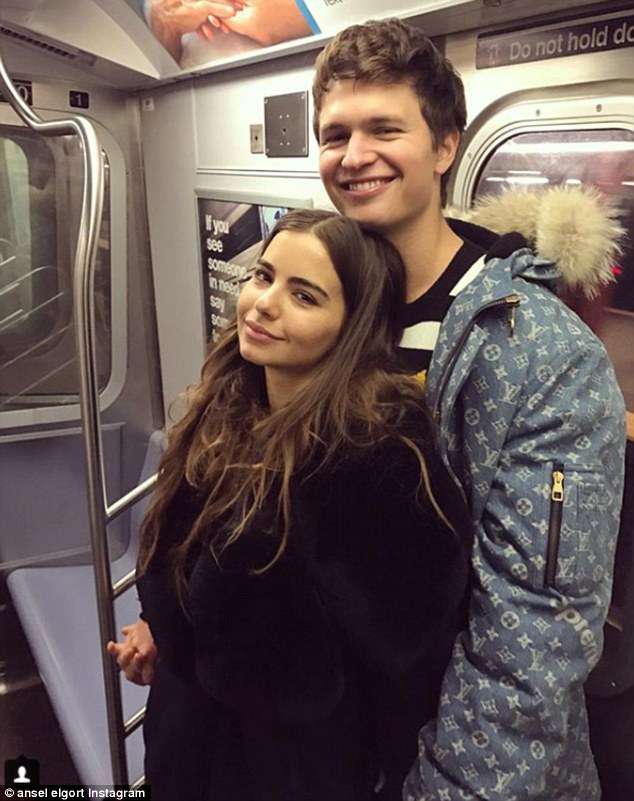 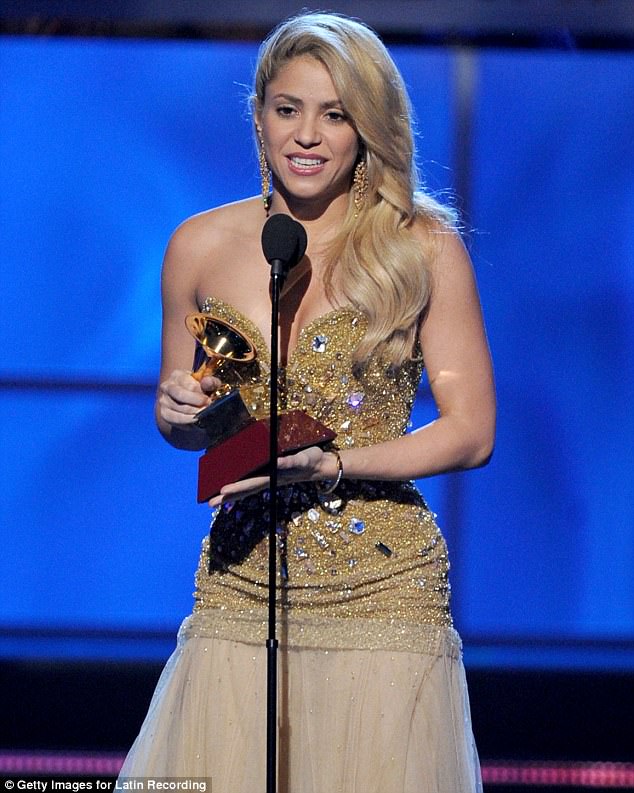 Tour postponed: Shakira, shown in Novemer at the Latin Grammy Awards in Las Vegas, suffered a hemorrghage to her right vocal chord that forced her to postpone her tour