Former BBC DJ Tim Westwood is set to perform a festive gig next week despite facing claims he had sex with a 14-year-old girl.

Westwood, 65, will appear at a party for The Beat 99.9 FM in Lagos, Nigeria, where he will be joined by British rapper Tion Wayne.

The ex-Radio 1 DJ is mired in allegations of abusing ten women during his prolific career in the music industry, The Sun reports.

It is understood none of these women have reported their claims to police, while Westwood strongly maintains his innocence.

DJ Tim Westwood, who left the BBC in 2013 after nearly two decades, also stepped down from his show on Capital Xtra in April after the initial claims came to light

The party takes place at Balmoral convention Centre in Lagos’s Victoria Island on Tuesday, with tickets being touted at £20 per head.

One man tweeted: ‘The promoters who booked Tim Westwood to DJ in Nigeria this weekend, you have no shame.

‘All the allegations against him specifically to do with young Black girls and you still paid him money to come to Nigeria??’

Another person added: ‘Not the first time either. He was on my flight back from Lagos to London in July 2022…’

In July, the BBC said it had received six complaints against Westwood, including one that was referred to police, despite director-general Tim Davie previously saying he had seen ‘no evidence of complaints’. 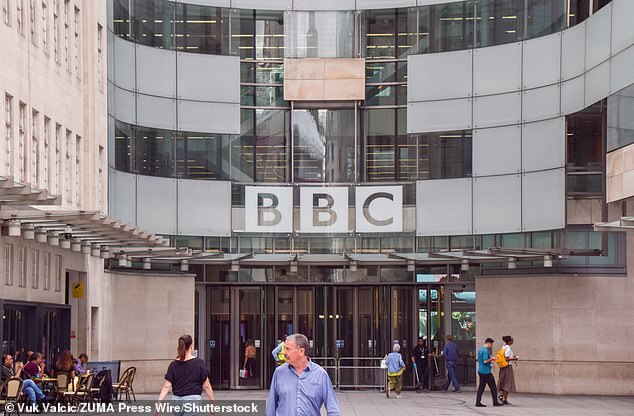 The independent investigation, announced in August, is intended to be completed in six months and the BBC has said it is willing to work with Westwood’s other employers

A statement from a representative of Westwood in April said: ‘Tim Westwood strongly denies all allegations of inappropriate behaviour.

‘In a career that has spanned 40 years, there have never been any complaints made against him officially or unofficially.

The DJ, who is the son of Bill Westwood, the former Anglican bishop of Peterborough – who died in 1999 – began his career on local radio before joining Capital Radio in London.

He was later given his own show by BBC Radio 1.

He left Radio 1 and Radio 1Xtra in 2013 after nearly 20 years and returned to Capital Xtra to host a regular show on Saturday nights, where he was referred to as ‘The Big Dawg’.

He stepped down from his Capital Xtra show in April, when the claims came to light.