They promise to make you taller, richer and healthier, but the only beneficiaries of a new craze for ‘subliminal’ videos on YouTube are the unscrupulous British film-makers flooding the internet with them.

Proponents of the films, which feature ambient music and psychedelic images, say they contain ‘hidden affirmations’ that enter the subconscious and reprogramme the brain.

Ignoring the absence of any medical evidence, gullible viewers stare at the screen in hope of discovering love, wealth or happiness.

There is, however, a darker side to the industry and to those profiting from the adverts that run alongside their exploitative clips.

Clips posted by Megan Colligan (pictured) include ‘Heal & Cure Every Illness NOW’, a three-minute film featuring a picture of a lotus flower overlaid with piano music which ‘heals everything within the body, mind and spirit’

Doctors warn that videos claiming to cure illnesses including cancer and mental health conditions may dissuade people from seeking genuine medical advice, or even worsen such ailments.

In America, a subliminal YouTube channel called Mind Power was shut down after reports that children were suffering ‘demonic dreams’.

The MoS has identified dozens of Britons creating, posting and profiting from the subliminal videos. Clips posted by Megan Colligan include ‘Heal & Cure Every Illness NOW’, a three-minute film featuring a picture of a lotus flower overlaid with piano music which ‘heals everything within the body, mind and spirit’.

Another, entitled ‘Grow TALLER Subliminal’, has a photograph of a man in a suit and the word ‘Tall’.

‘Remember to use this wisely and sparingly (preferably an hour a day) as too much can overload your mind and cause hearing damage,’ writes Ms Colligan, from Manchester, who offers ‘custom subliminals’ for up to £54.

‘Used this only once and my parents were commenting on how I’d grow.’

Last night, Ms Colligan, 21, a masseuse who has made £3,500 from subliminal videos in the past three years, said: ‘They definitely have the potential to cure every illness… I should probably include a health warning, but I believe in the future it will be proven that subliminals can be used to treat people.’ 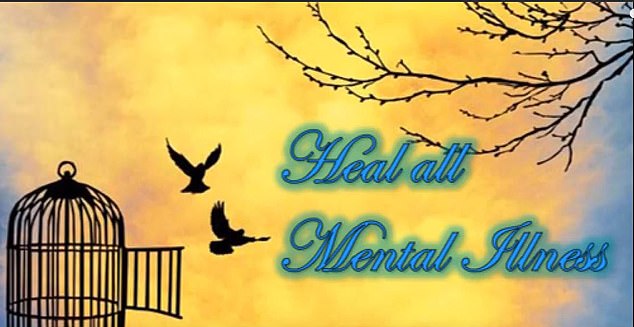 Ms Colligan, 21, a masseuse who has made £3,500 from subliminal videos in the past three years, said: ‘They definitely have the potential to cure every illness’. Pictured: Her ‘Heal & Cure Every Illness NOW’ three-minute film

Another subliminal exponent is Mark Reynolds, an expat teacher living in India, whose YouTube channel has 30,000 subscribers and whose videos have been watched more than nine million times.

Films posted by Mr Reynolds – estimated to have made almost £40,000 from ads accompanying them – include ‘Sell your house fast, find the perfect buyer’, and ‘Subliminal affirmations to stop baldness’. He did not respond to requests for comment.

Alex Clegg, from the Sense About Science charity, said: ‘Unusual and untested ‘cures’ may be appealing if you have a debilitating illness, but they can cause great harm.’

YouTube said: ‘Misinformation is a difficult challenge. We have taken of steps, including showing more authoritative content on medical issues.’