‘We’ll just wait and see’: Former AFL star Shane Crawford refuses to answer whether he’s joining the Today show as he admits he needs to ‘have a good think about it’

Rumours have been rife for weeks that former AFL star Shane Crawford is set to join the new-look Today show.

And after wrapping up filming on I’m A Celebrity… Get Me Out Of Here! – where he placed third – the 44-year-old was quizzed about the reports.

On Monday’s edition of Studio 10, host Sarah Harris probed Shane as to whether he would be taking over the sports presenter role from Tony Jones.

‘My heart’s not telling me yes’: Shane Crawford refuses to answer whether he’s joining the Today show as he admits he needs to ‘have a good think about it’

‘We’ve heard that you could be getting up early soon,’ Sarah ventured, after asking Shane what his plans are after leaving the South African jungle. 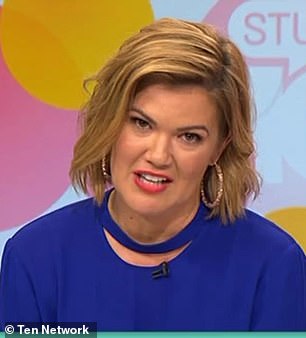 Although he did not answer the question directly, Shane hinted that the decision was not yet made.

‘I don’t like getting up too early, I can assure you of that… although I do have four young boys,’ he said.

‘But we’ll just wait and see. My heart’s not telling me yes so I need to have a good think about it this week.’ 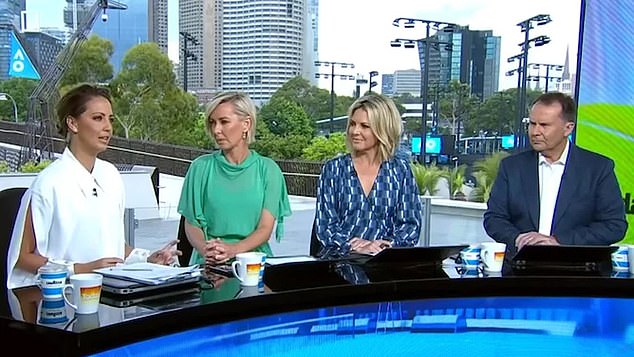 Speculation: Rumours are swirling that Shane could be next in line for the sports presenter role currently held by Tony Jones Pictured from left: The new-look Today line-up Brooke Boney, Deborah Knight, Georgie Gardner and Tony Jones

Earlier in the chat, Shane seemed to suggest that he wasn’t ruling out taking on a TV gig, however.

‘I’ve had a great career so far since I finished footy – doing lots of fun TV stuff and I’d like to continue doing some more. Where that goes, I’m not sure,’ he said.

‘I really wanted to come out of it and go, hang on and just take a breath, sort of reflect on where you’re going and what you’re trying to do and just do things that make your heart tick and make the hairs on the back on your neck stand up.’ What’s next? Shane recently wrapped filming on reality show I’m A Celebrity… Get Me Out Of Here! where he placed third