An arrest warrant has been issued and extradition proceedings have begun in Mexico for the suspect in the murder of 25-year-old Shanquella Robinson.

Robinson, a resident of North Carolina, is thought to have been beaten to death during a vacation with a group of six others in Cabo on October 28.

It appears that the suspect in the crime was a friend of Robinson’s. The suspect is not named in the warrant.

In an interview with ABC News on Wednesday, Baja California Sur prosecutor Daniel de la Rosa Anaya, said: ‘We are carrying out all the pertinent procedures such as the Interpol alert and the request for extradition to the United States of America.’

Anaya added: ‘It’s about two Americans, the victim and the culprit.’

In the immediate aftermath of Robinson’s death, her family was told by her friends that she had died as a result of alcohol poisoning, a story that swiftly fell apart under scrutiny.

The prosecutor in the case also said: ‘This case is fully clarified, we even have a court order, there is an arrest warrant issued for the crime of femicide to the detriment of the victim and against an alleged perpetrator, a friend of her who is the direct aggressor.’

An arrest warrant has been issued and extradition proceedings have begun in Mexico for the suspect in the murder of 25-year-old Shanquella Robinson, pictured here 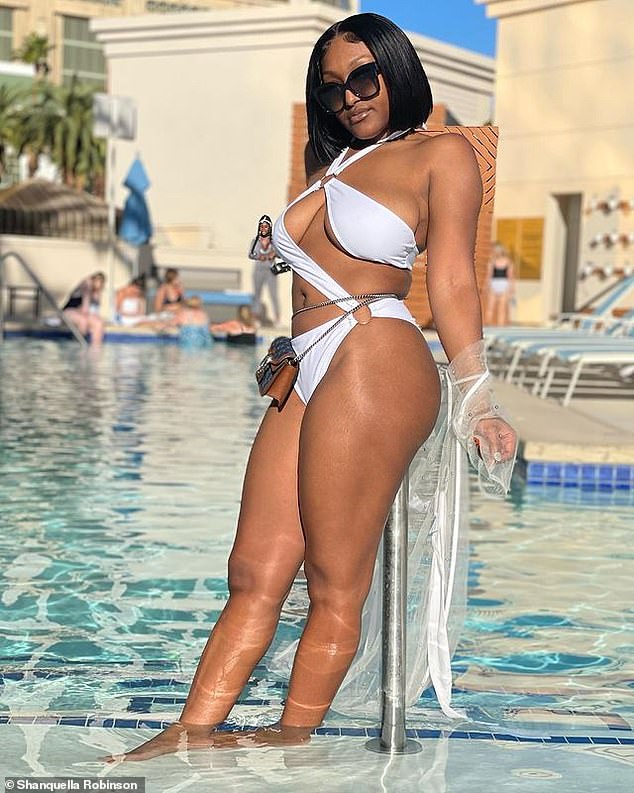 Robinson, a resident of North Carolina, is thought to have been beaten to death during a vacation with a group of six others in Cabo on October 28 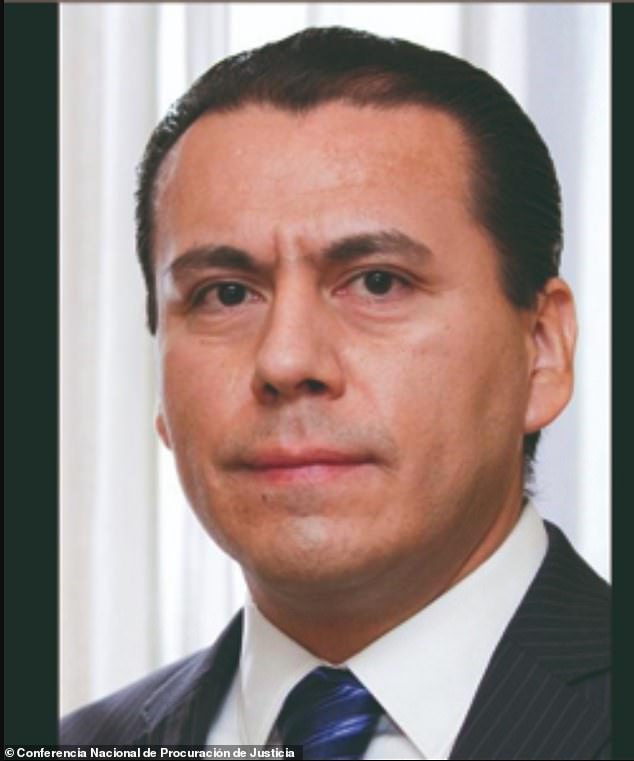 Baja California Sur prosecutor Daniel de la Rosa Anaya announced the arrest warrant saying: ‘We are carrying out all the pertinent procedures such as the Interpol alert and the request for extradition to the United States of America’

After news of the warrant was announced, her mother, Salamondra Robinson, told ABC News: ‘I feel so good, that’s a good feeling. That’s what we have been waiting for, for someone to finally be held accountable and arrested. I just can’t wait for justice to be served.’

Earlier his week, new report indicated that Robinson was alive for hours after medics arrived at their villa.

Portions of a Mexican police report obtained by The Charlotte Observer allegedly show that Shanquella Robinson, 25, was not dead within 15 minutes of being injured, as previously reported.

The excerpt states that a doctor who was called to the house where the group was staying was with Robinson and the others in the suite for ‘close to three hours’ before she was pronounced dead.

The report also indicates that the woman was verbally unresponsive, at one point began seizing, and was issued several rounds of CPR, adrenaline, and AED shocks in an effort to save her before she was eventually pronounced dead.

Gerardo Zuñiga, an investigative reporter for MetropliMx, provided the portions of the Mexican police report to The Charlotte Observer after breaking the story. Zuñiga had obtained the report through ‘a source.’

Another major development is that the report stated that the woman had also suffered cardiac arrest prior to her death.

Medics were first called to the Villa Linda 32 around 2.13pm on October 29, according to the report, and within an hour, Dr. Karolina Beatriz Ornelas Gutiérrez arrived at the scene.

The doctor works with the American Medical Center, a local hospital in the Cabo area.

The call was reportedly placed by Wenter Donovan, a resident of Greensboro, North Carolina. 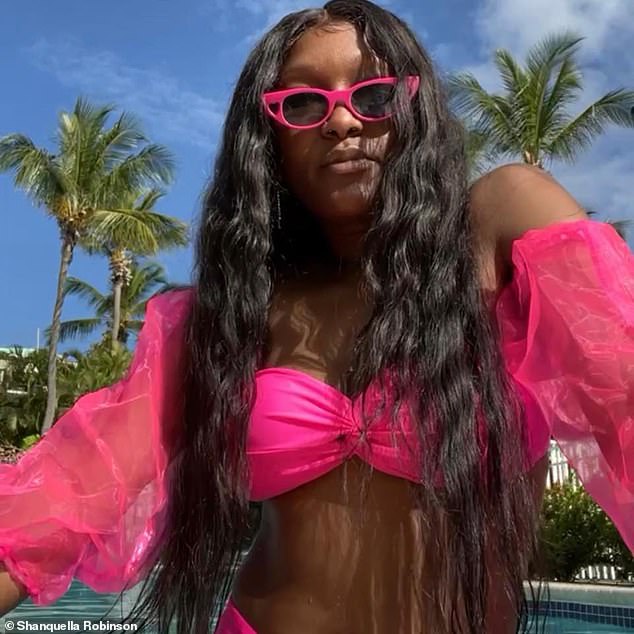 The doctor had been called to the Cabo villa for reports of an intoxicated person who needed an IV, according to a portion of the Mexican police report obtained by the Charlotte Observer

Donovan was one of the people that friends and family confirmed was on the trip with Robinson.

Dr. Gutierrez was called to the house, a routine practice in tourist areas in Mexico, for reports of a person who had ‘drunk a lot of alcohol’ and was in need of ‘an IV.’

The report, written in Spanish, says the doctor arrived and found ‘a female’ who had stable vital signs but who appeared to be drunk and dehydrated.

The woman, now identified as Robinson, was unable to verbally communicate, the report states.

Despite the doctor telling the 25-year-old’s friends that she needed to be transferred to a hospital, the group insisted the woman be treated inside their villa. 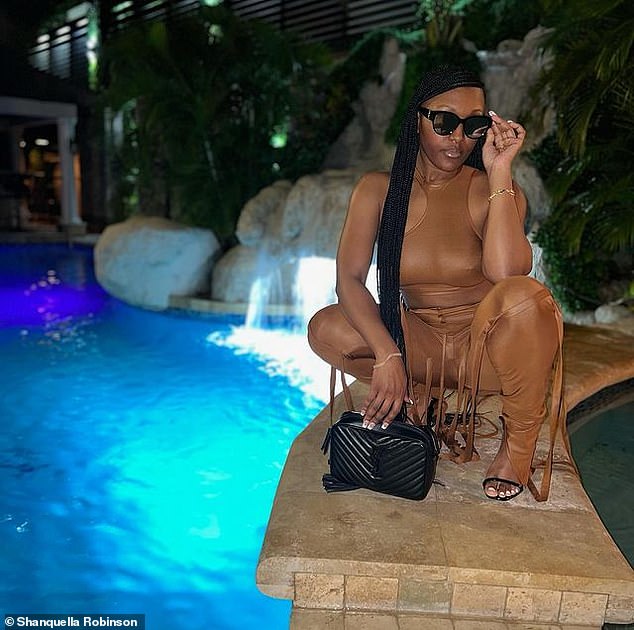 Upon arrival at the villa, Dr. Karolina Beatriz Ornelas Gutiérrez found ‘a female’ who appeared to be intoxicated and dehydrated

Dr. Gutiérrez attempted an IV but was unsuccessful, according to the portion of the report obtained by the North Carolina news outlet.

Robinson also started seizing at one point, roughly an hour after the doctor had arrived, and the convulsions lasted less than one minute.

‘At this point the patient’s friend, named Wenter Donovan, called 911 to request an ambulance,’ The Observer’s interpretation of the report.

The call for an ambulance was placed around 4.20pm, more than two hours after Robinson’s friends had first made the call for help.

‘In the meantime, the patient presented with difficulty breathing and a lowered pulse, and they gave her rescue breaths,’ the report continued. 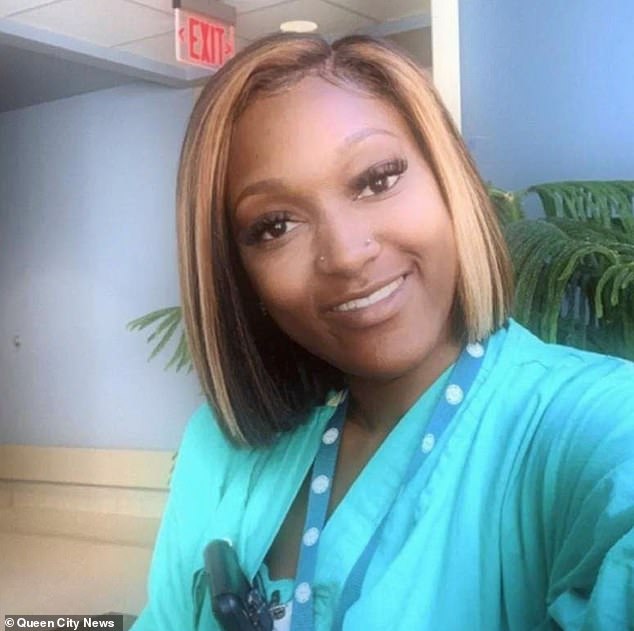 Shanquella Robinson, 25, was alive for hours inside the villa she and her friends were staying at in Cabo

CPR was administered beginning at 4.49pm. This rescue tactic began after Gutierrez stopped detecting a pulse.

Police arrived at 5.25 pm and spoke with Dr. Gutierrez before medics arrived and administered ’14 rounds of CPR, five doses of adrenaline and six discharges (AED shocks) without success,’

Robinson was officially declared dead at 5.57pm by the doctor at the scene.

The report states that ‘cardiopulmonary arrest’ and ‘deceased person’ as the reason police were brought to the villa.

This news comes just days after new video of Robinson surfaced online, showing her joking and laughing with friends just hours before her death.

In the video shared by the Neighborhood Talk, the North Carolina woman can be heard joking about her friends taking too long to get ready inside their Fundadores Beach Club villa.

‘It don’t take that long to get naked. Where y’all at?’ Robinson jokes in a video of her walking around the San Jose del Cabo resort.

Robinson, who later sustained a broken neck and severed spine, walks around the Villa Linda 32 room before entering to join several women discussing what swimsuits to wear.

The video, posted Friday, has racked up nearly 90,000 likes and hundreds of comments.

Dozens of commenters have pointed to the reactions of the friends as she walks into the room as a possible sign of what was to come.

‘They was in there talking about her! The body language tells it all,’ said one person.

‘This story breaks my heart man. Imagine going on vacation just trying to enjoy your life and walking right into a death sentence,’ wrote one person.

‘WOWWWWW this is sad. You can tell they had a problem with her. And probably didn’t say anything cuz she walked in recording,’ another said.

Robinson was part of a group that traveled from Charlotte to Cabo on October 28 and rented out a villa to celebrate a friend’s birthday.

The 25-year-old was found dead a day later in their suite.

Robinson’s mother, Sallamondra, said her daughter’s friends initially called her and said she had died of alcohol poisoning.

‘My heart just, like, it went into pieces,’ said her mom. ‘Shanquella was my heart.’

‘Saturday evening, I got a call saying that Shanquella wasn’t feeling well,’ she said, but added that she quickly figured out there was more to the story.

‘I did not believe them because actually before they even got back to Charlotte… someone had already called us and said that someone was fighting her over there,’ she added.

She also said Shanquella was with someone her mom knew ‘very well’ and hoped he would look out for her daughter, but ‘that’s not what it was.’