A group of medical researchers has proposed that the best way to protect genetic information is for people to deposit their DNA into a huge database.

Currently, the genetic information of millions of people is stored on a vast number of public and private databases, and experts are concerned that this DNA data is not secure from government meddling.

The team says that creating a giant database would enhance people’s protection by making the system more regulated.

Many people have grown concerned about the privacy of information gathered by consumer genetic-testing websites like 23andMe and MyHeritage.

A recent study concluded that only two per cent of the population needs to have done a DNA test for nearly everyone’s genetic makeup to be exposed.

At the moment, public DNA databases can find you even if you have never shared your DNA.

A group of medical researchers have proposed that the best way to protect genetic information is for more people to deposit their DNA into a larger database. Many people are concerned about the privacy of their data gathered by genetic-testing websites (Stock image)

The researchers, from Vanderbilt University Medical Center for Genetic Privacy, say that having a bigger library would hold a more limited set of data than that which is pulled from consumer testing reports.

Public and private databases can grant access to the genetic details of millions of people without court permission.

The Golden State Killer, who murdered 13 people in California between 1975 and 1986, was caught when investigators used DNA to search for possible suspects.

An old DNA sample from a crime scene matched with the DNA of the killer’s relatives in public databases which led to him.

This was a major breakthrough for police but led people to question who else has access to our genetic information.

Another example of unease is if a hostile government starts tracking down protesters via their saliva from a rally.

Last June, over 92 million account details from genealogy and DNA testing service MyHeritage were found on a private server.

However DNA data and banking information were kept in a separate system. 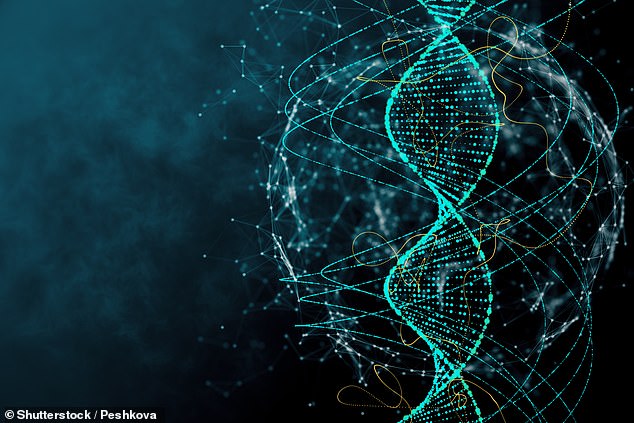 The team says that creating a giant database would enhance people’s protection by making the system more regulated. They say that having a bigger library would be more regulated and hold a more limited set of data than consumer testing reports (Stock image)

WHAT IS THE GENETIC INFORMATION NON-DISCRIMINATION ACT?

The Genetic Information Nondiscrimination Act of 2008 (GINA) is a federal law that protects individuals from genetic discrimination in health insurance and employment.

The genetic information protected by the law includes family health history, the results of genetic tests, the use of genetic counselling.

GINA makes it against the law for health insurers to request, require, or use genetic information to make decisions about:

• Your eligibility for health insurance

In addition, GINA makes it against the law for your health insurer to:

• Ask or require that you have a genetic test

• Use any genetic information they do have to discriminate against you, even if they did not mean to collect it.

Many privacy experts are also concerned that the only law currently covering genetic privacy is the Genetic Information Non-Discrimination Act.

The act protects consumers  from employers and insurance companies accessing information on DNA to avoid bias.

But, the genetic information space is still unsteady legislative territory.

Consumers are taking these companies at their word, they do state that protecting customers’ privacy is their highest priority.

Ultimately, when you sign up to do a genealogy DNA test, you’re giving companies access to and guardianship of your genealogical information and the raw data for your entire DNA that, by default, you then grant third parties to use for ongoing scientific research.

In the U.S, state and federal databases hold the genetic data of more than 16.5 million people who have been arrested or convicted of a crime.

He also made the point that it’s already too late for people to prevent mass exposure.

‘Having a more complete repository would offer better privacy protections.

‘Such a database could hold a more limited set of genetic information than the data that can now be culled from consumer-testing reports.

‘This is a very provocative proposal,’ he said, ‘but it all comes down to spurring a debate about the current system.’

It is composed of four chemical bases: adenine (A), guanine (G), cytosine (C), and thymine (T).

Human DNA consists of three billion bases and more than 99 per cent of those are the same in all people.

The order of the bases determines what information is available for maintaining an organism (similar to the way in which letters of the alphabet form sentences).

The DNA bases pair up with each other and also attach to a sugar molecule and phosphate molecule, combining to form a nucleotide.

These nucleotides are arranged in two long strands that form a spiral called a double helix.

The double helix looks like a ladder with the base pairs forming the rungs and the sugar and phosphate molecules forming vertical sidepieces.

A new form of DNA was recently discovered inside living human cells for the first time.

Named i-motif, the form looks like a twisted ‘knot’ of DNA rather than the well-known double helix.

It is unclear what the function of the i-motif is, but experts believe it could be for ‘reading’ DNA sequences and converting them into useful substances.