A 15-year-old surfer who had a terrifying encounter with a shark returned to the water to catch more waves just hours after the beast almost knocked him off his surfboard – despite his mother warning him to never go surfing again.

The teenager, Bryce Hickman, was surfing with his twin brother at Cosies Surf Break in the Mandurah suburb of Falcon, an hour south of Perth, when they encountered the shark at around 7 am on Thursday.

While sitting on his board in between waves, the two-metre-long shark bumped Mr Hickman’s surfboard as it curiously checked him out, almost knocking him off his board before it swam away.

Dozens of sharks were spotted or detected nearby in the days prior and shortly after the incident.

Quickly alerting his brother by screaming ‘shark’, the two paddled 40 metres to safety on-land, neither injured by the unidentified shark.

Bryce Hickman (pictured), 15, and his twin brother were surfing at Cosies Surf Break, south of Perth, when a two metre shark bumped his surfboard, almost knocked him into the water

All beaches within one kilometre of Cosies were closed as local rangers investigated the report, before they were reopened just a few hours later.

Against their mother’s wishes, the Hickman boys returned to Cosies soon after the rangers told them it was safe to return to the water.

‘I only got one wave, so just waited a few hours and came back, and got the last couple of sets for the day,’ Mr Hickman told 9News when he returned to shore from his second surf that day.

‘Mum was pretty terrified [telling me] you’re not going to go surfing anymore,’ he laughed. 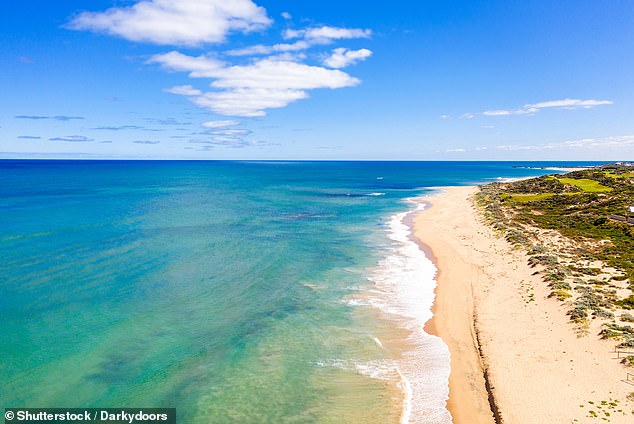 The Hickman boys rushed to safety after the close encounter with the shark, later returning to the beach once reopened to finish their surf (pictured, nearby Falcon Bay) 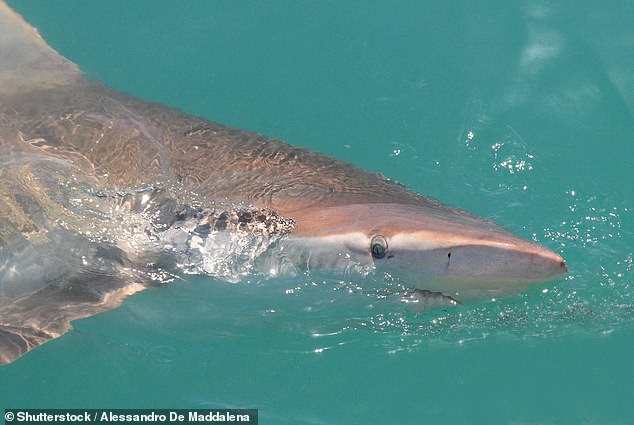 A two-metre bronze whaler was spotted hours after Mr Hickman’s encounter at a nearby beach.

Bronze whalers are not usually aggressive with humans but are listed as potentially dangerous, known to attack spearfishermen for their catch.

The last suspected fatal bronze whaler attack was in September 2011 at Bunker Bay, two hours south of Cosies, when a 21-year-old Sydney man was attacked while bodyboarding.