Sharon Stone looked radiant and youthful while showcasing an eye-catching ensemble as she attended The Pale Blue Eye premiere in Los Angeles on Wednesday.

The Basic Instinct actress, 64, flaunted her sense of style by slipping into flowy gold pants and a plain sweater as she joined other celebrities on the red carpet.

The talented star has turned heads on countless occasions at glamorous events, and recently stunned in a hot pink dress at the Women in Cinema event that took place in Saudi Arabia earlier this month.

Beautiful: Sharon Stone, 64, showed off her sense of style as she attended The Pale Blue Eye premiere in Los Angeles on Wednesday

The Casino actress embraced ’70s fashion and donned a pair of flowy, gold pants that shimmered in the bright lights and camera flashes.

Sharon allowed the flashy bottoms to be the main focal point by simply adding a black sweater on top.

To stay warm in the chilly weather, the Golden Globe winner slipped on a long, tan coat and placed her hands into the pockets while posing for a quick photo session.

Her short blonde hair was combed into a chic style, with her side bangs gently falling onto her forehead. 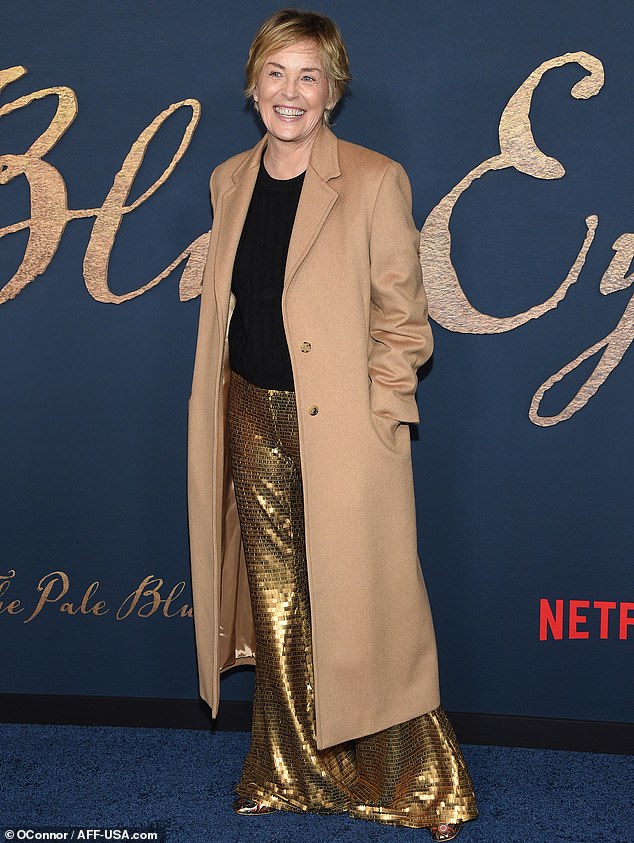 Excited: The Basic Instinct actress flashed a big smile for the cameras as she posed for a quick photo session at the special event

Sharon slipped onto a pair of closed-toed, gold shoes to coincide with the color scheme of her disco-inspired trousers.

The Academy Award-nominated actress opted to not add any pieces of jewelry to her ensemble for the evening.

The star opened up about beauty and aging in Hollywood during an interview for Vogue Arabia earlier this year in August.

She had admitted, ‘There were periods in the super fame when I got Botox and filler and stuff.’

Sharon then recalled when she, ‘had this massive stroke and a nine-day brain hemorrhage and I had to have over 300 shots of Botox and filler to make the one side of my face come up again.’

The stroke had occurred nearly twenty years ago in 2001. Last month, Sharon updated fans about her health, revealing on Instagram that she needed a fibroid tumor removed after an earlier ‘misdiagnosis.’ 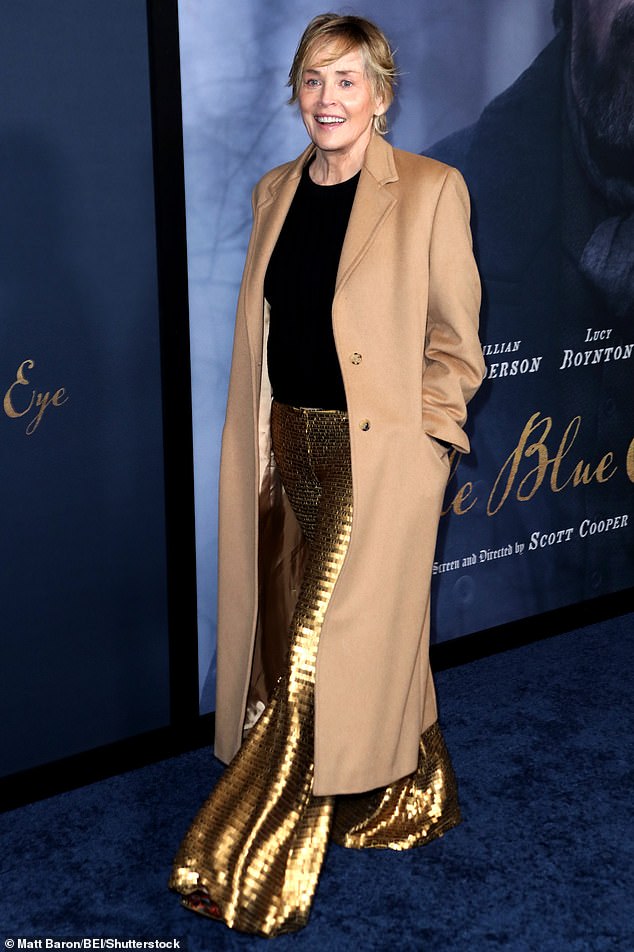 Retro-inspired: The Oscar-nominated star slipped into a pair of shiny, loose-fitting pants that shimmered under the lights 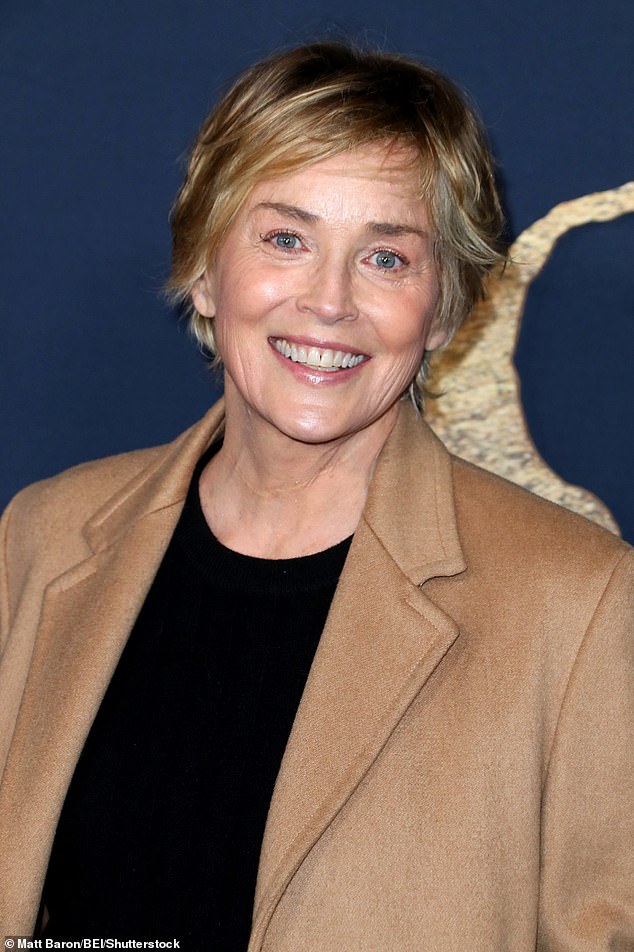 Stunning: Sharon opted for classic and minimal makeup, donning a light layer of mascara to make her blue eyes pop along a light pink blush and lipstick

Sharon, who turned 64 in March, also opened up about her age, telling the publication, ‘I feel like this is the most exciting and creative period of my life,’ adding, ‘I feel really, really happy. I’ve never been this joyful.’

The glamorous star, who became a sex symbol in the nineties after starring in films such as Basic Instinct (1992) and Casino (1995), talked about her time as chairwoman for amfAR, the foundation for AIDS research, and how her career was affected.

Sharon explained during the Red Sea Film Festival earlier this month that she was asked to step in to take over Elizabeth Taylor’s position in 1995, reported Deadline. ‘I had pretty big shoes to fill with Elizabeth Taylor at amfAR.’

She expressed that at the time, her publicist had informed her that if she did make the decision to become chairwoman of the AIDS Foundation, her career would be ‘destroyed.’

‘I stayed for 25 years until we had AIDS remedies being advertised on TV like we have aspirin,’ The Flight Attendant actress revealed. ‘It did destroy my career. I didn’t work for eight years.’ 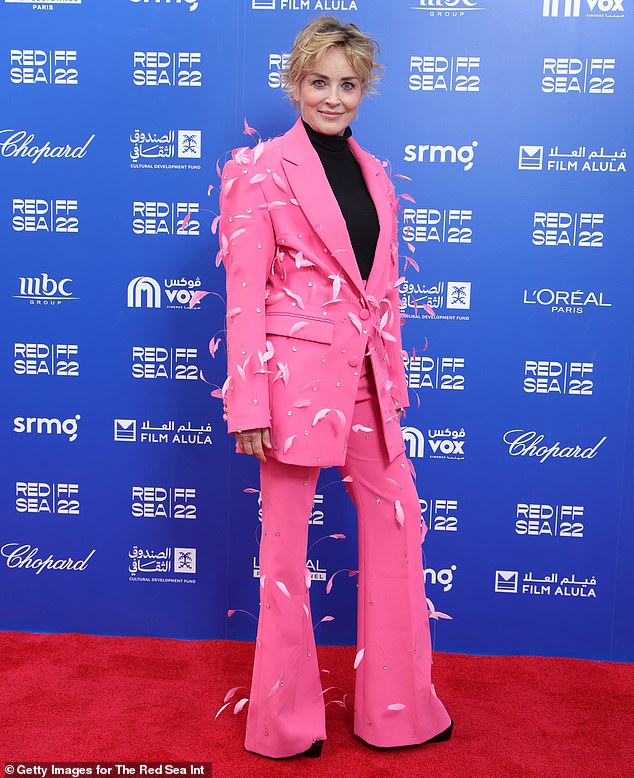 Feeling great! ‘I feel like this is the most exciting and creative period of my life,’ Sharon, who turned 64 in March, told Vogue’; seen in December in Saudi Arabia 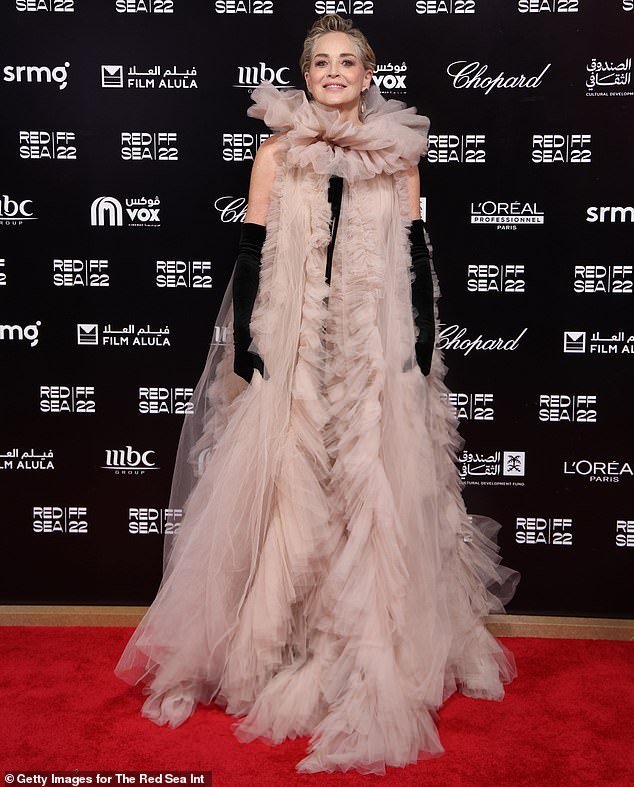 Meaningful work: Sharon took over Elizabeth Taylor’s position as chairwoman for amfAR, the foundation for AIDS research in 1995; seen in December in Saudi Arabia

‘I was threatened repeatedly, my life was threatened, and I decided I had to stick with it,’ she stated. However, the journey was well worth it, with Sharon explaining, ‘Now 37 million are living with HIV AIDS, living functioning and healthy.’

The actress has made an influential difference, and glowed as she attended the special screening of The Pale Blue Eye, which stars Christian Bale, Gillian Anderson, Harry Melling, and Lucy Boynton.

According to an IMDB synopsis, the premise of the period piece follows a detective trying to ‘investigate the murder of a West Point cadet’ and ‘enlists one of their own to help unravel the case – a young man the world would come to know as Edgar Allan Poe.’ 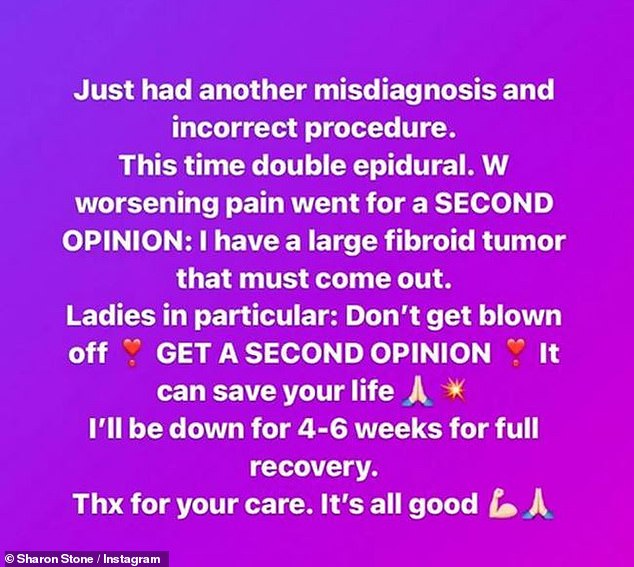 Recent health scare: Last month, Sharon updated fans about her health, revealing on Instagram that she needed a fibroid tumor removed after an earlier ‘misdiagnosis’ 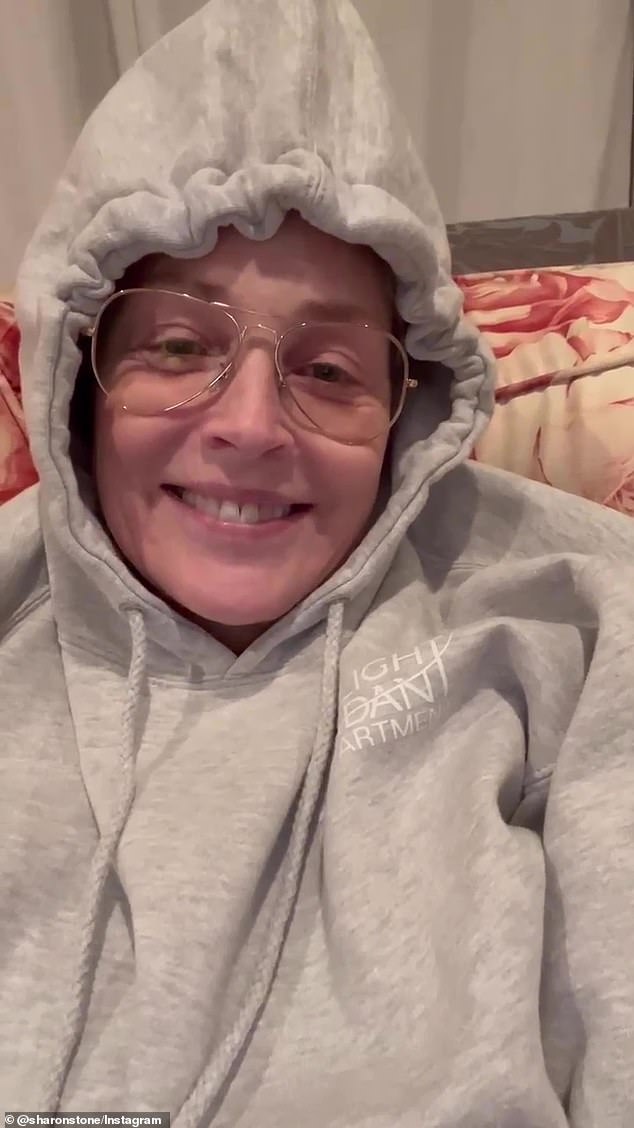 Staying strong: When talking to Vogue in August, Sharon revealed, ‘I feel really, really happy. I’ve never been this joyful’