A shattered Cooper fought back tears after he was cruelly denied a backstroke world short course swimming gold medal in bizarre circumstances after the final had to be re-run.

Cooper was first home in the 50m final in Melbourne on Friday night but less than half the field completed the race after an alarm sounded due to a ‘technical error’.

Cooper hits the water in the 50m final, unaware of a second alarm that rendered the race void. No rope was available to stop the swimmers from completing the race 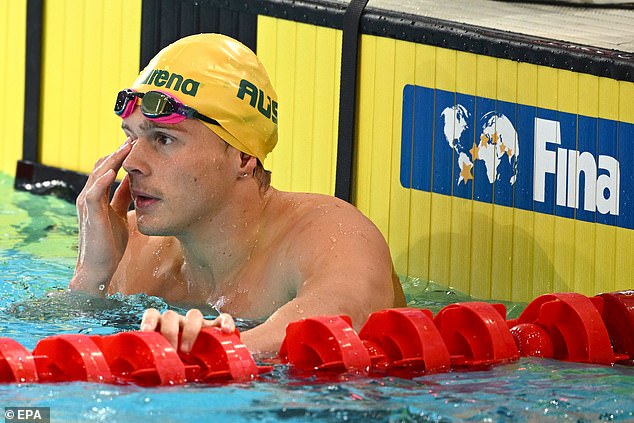 Immediately following the start of the men’s 50m backstroke final, a second buzzer sounded, signaling that the race was void.

Most of the field, however, swam the entire distance at race pace after failing to hear the alert, with five of the eight competitors completing the turn and 50m.

An hour later the race was re-run with American Ryan Murphy touching ahead of the 18-year-old Queenslander.

Murphy’s winning time was 22.64, slower than Cooper’s initial time of 22.49 seconds which was a junior world record and a personal best. 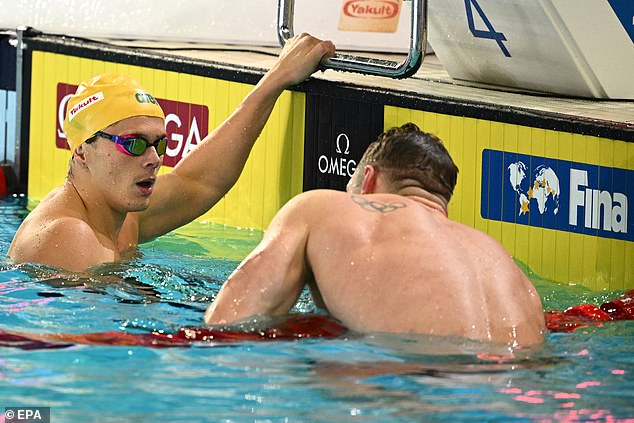 Cooper clocked 22.73 in his second effort to pick up the silver medal.

Cooper was banished from the Commonwealth Games team for misusing prescription medication with mental health challenges contributing to the decision to send him home.

Consoled by both Murphy and his family in the stands after the medal ceremony, Cooper said it felt like another blow after his Games disappointment.

‘Life keeps on throwing shit at me and I keep on pushing through,’ Cooper told reporters.

‘I’ve been trying my best – I’ve gone through so many low points and all I want to do is to be able to stand on top and every time I do I get knocked back again.

‘If I can come back from this I know I will be a better person, a better athlete.’

Thorpe said Cooper should never have been allowed to keep going after the alarm had been sounded.

‘There should’ve been a drop (of a lane rope line), if this is a false start, at the 15m mark so that all athletes knew.

‘This is a huge disadvantage to those that have continued. Huge.’ 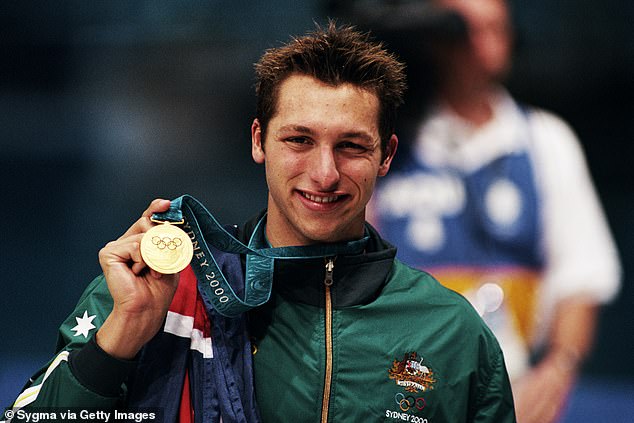 Titmus agreed and added that putting the swimmers back in the pool just an hour later was not fair on competitors like Cooper who completed the 50m sprint in the first, voided race.

‘There should’ve been a 15m rope that goes down when there is a false start … so that it stops the boys from swimming the rest of the race,’ she told Channel 9.

‘These guys are pure sprinters, 50m swimmers. So to ask them to get up and go again, straightaway, is not fair.

‘Isaac’s been vocal about the fact that after a 50 or 100m effort, he can feel quite sick and even vomit. He’s technically, from my point of view, just become world champion. Now he has to do this race again with a 50 already under his belt.

‘I would be pretty upset. He has just done a PB, technically looked at the scoreboard and thought he’s become world champion then he hears no crowd.’ 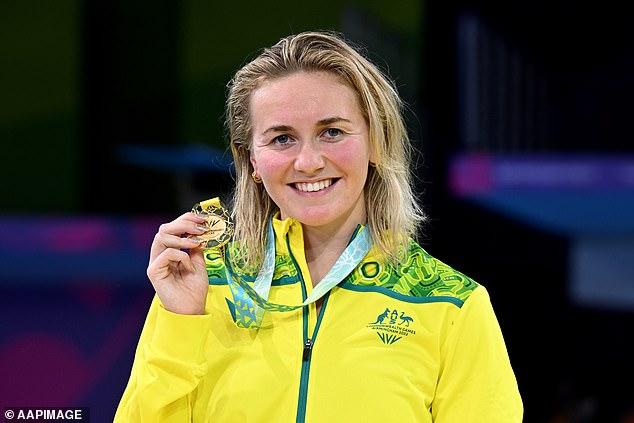 ‘I was pretty disappointed the way that it shook out,’ Murphy told reporters.

‘I really feel for Isaac – he’s 18 and going for your first individual world title and that’s huge and an incredible accomplishment.

‘I’m going to talk to him and let him know that in my mind he won that race.’

Cooper took some comfort from his rival’s words and the knowledge that he had swum the fastest time. 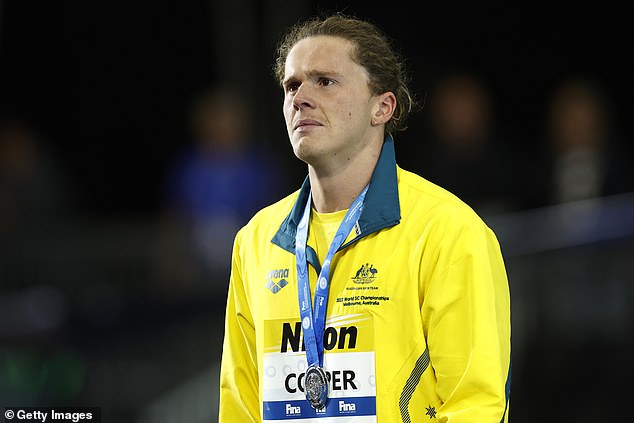 Dolphins coach Rohan Taylor said there was unanimous agreement from competing countries to re-swim the final.

‘It’s the only fair way – there was a malfunction of the starting system so there was no other option,’ Taylor said.

‘There were people who didn’t swim the race.

‘Obviously Isaac might not be happy with that (winning silver) and I understand that and I totally respect that but it’s about what you take away from these thing and learn.’