Catch them cold, attack their young number 10s and watch out for Willie Le Roux, SHAUN EDWARDS gives his guide to beating the Springboks ahead of England’s clash with South Africa on Saturday

By Shaun Edwards For The Daily Mail

With France’s autumn campaign wrapped up, I will be watching England’s game against South Africa on TV at home in Perpignan.

I’m backing England to win by one score, and after our tight win over South Africa in Marseille a fortnight ago there are a couple of areas I think they should focus on.

It’s best to attack South Africa off first-phase strike moves, when all the forwards are still around the scrum or the lineout.

When the entire Springbok team get into defensive mode it is very difficult to make yardage up the middle because their players are so big and strong. You don’t make many yards when you are running straight into guys such as Eben Etzebeth. It’s so difficult to have success by launching runners straight off the scrum-half against the Boks. You need to catch them before they find that structure.

Another way to catch their defence unstructured is by launching box kicks or up-and-unders and attacking off the ‘second ball’. I stole that phrase from football, where they used to hoof it up to someone like Alan Shearer to get possession and then quickly attack off his knockdowns. Freddie Steward is the best in the world at chasing kicks and if he can provide quick ‘second ball’ behind enemy lines then they can cause problems.

WATCH OUT FOR WILLIE LE ROUX

The Springboks are playing differently to what you expect from a traditional South Africa team. Don’t be surprised to see them throwing the ball wide and looking for linebreaks. Willie le Roux was doubling up as a second fly-half against us, orchestrating a lot of their attack. How do you defend against that? We worked hard on the connection in our defensive unit, with no one jumping out of the line.

England have been shooting up out of the line through Ellis Genge and Kyle Sinckler so it will be interesting to see if they do that. Le Roux often lurks around the short side so it’s harder to judge where the ball is going to go.

You’ve got to be ultra aggressive but you have to maintain discipline at the same time. The English forwards will really have to muscle up with double tackles when South Africa start that powerplay off scrum-half Faf de Klerk in the 22. 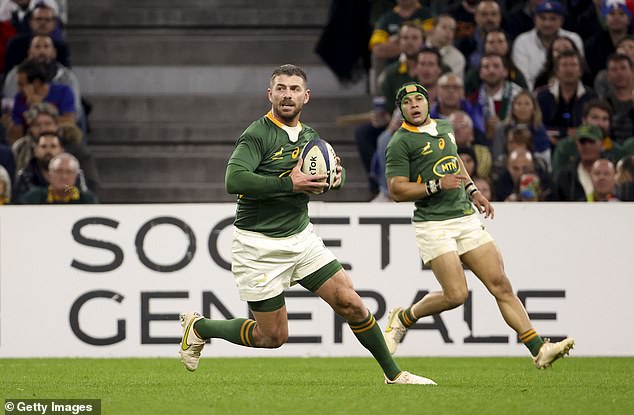 We tried to be error-free in our own half because most Test tries conceded from your own half come from turnovers. That will have been part of the reason Marcus Smith kicked it out at the end of the game last week. Why? Because you are more likely to concede a try while playing in your own half than score a try.

Normally you have 13 players standing in the front line of defence but on turnover ball that is not the case. South Africa are lethal from turnovers and a lot of that comes down to their speed on the wings. Makazole Mapimpi is extremely quick. South Africa pretty much won the Lions series off turnover ball. It’s vital to make that first tackle because they have guys who run 100 metres in under 11 seconds.

The Springboks contest very well at the ruck. If they turn over the ball then they will attack you, and if you concede a holding-on penalty they will kick for their corner and their maul is very hard to stop. 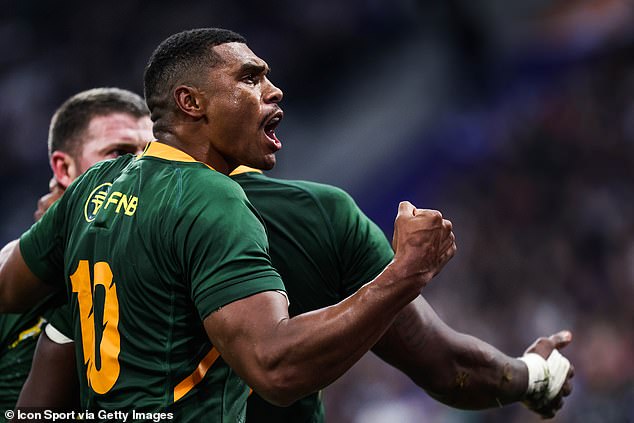 GO BIG AGAINST THE BOMB SQUAD

You have to match fire with fire with their bench. You want to have similar sized men coming off your bench and England have that with the likes of Genge. We loaded our bench with two tighthead locks in Marseille. One of them only came on for the very last scrum, one point up with 90 seconds to go, and he splintered the scrum to win us a penalty. It made a big difference. That set-piece battle is so important because it’s the source of your field position.

LOOK FOR THE INEXPERIENCE

England will have noted how the All Blacks put pressure on Jack van Poortvliet last week. All teams try to put a bit a pressure on inexperienced guys in key positions. You would be foolish not to. Damian Willemse is an incredible athlete for a No 10. He’s big and fast but relatively inexperienced. Can England get at him with their line speed and kick pressure? I’m sure they’ve worked on that.