Shawn Johnson and her former NFL husband experienced a scare just three weeks after the birth of their daughter after the man was rushed to the hospital when he passed out in their home gym.

The scare, which was recorded in their Nashville, Tennessee home, was detailed to followers on Sunday both on Instagram and in a video on the couple’s shared YouTube page.

Shawn’s husband, Andrew East, on Saturday morning was preparing to workout in his home gym with friends when he went unconscious after reracking a 185lbs. bar, which resulted in him being rushed to the hospital.

Scary: Shawn Johnson and her husband, Andrew East (pictured), experienced a scare over the weekend after he collapsed in their Nashville, Tennessee, home gym 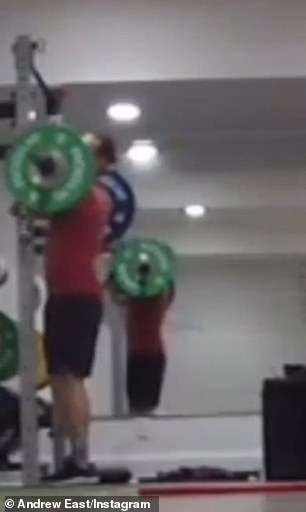 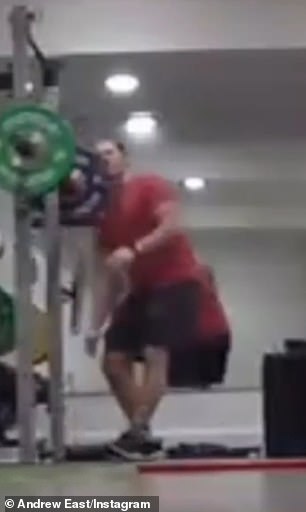 Horrifying: He reracked a 185lbs. bar before starting the workout and passed out 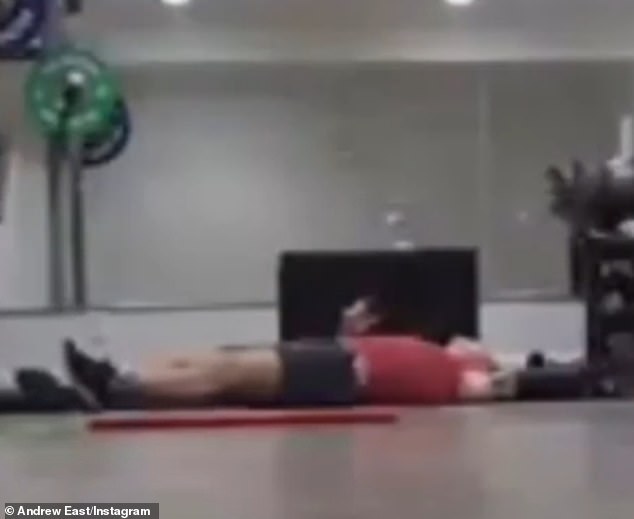 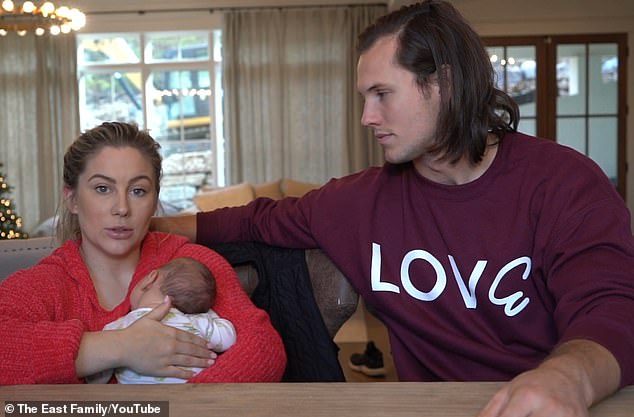 Horrible: The couple decided to make a YouTube video about the incident after Andrew first shared the footage on his Instagram page

Terrifying footage shows the 28-year-old former Washington Redskins player entering his home gym just before 6am to clean up before his friends arrived.

The first thing he did was lift the 185lbs. bar onto a nearby rack. But once Andrew reracked the bar he immediately went unconscious and collapsed to the ground.

‘As soon as I put the bar on the rack I went from being fully conscious to nothing,’ he said during the video. ‘That began this one-hour period where I literally I don’t remember anything.’

Andrew is filmed falling and then lying on a mat in the gym for several minutes before regaining consciousness.

‘Now I’ve played NFL football in and out of the league for five years and never had a concussion,’ he went on to detail. ‘I’ve never blacked out, I never passed out. Nothing like this has ever happened, and I’ve never reached a point where I can’t remember something happening.’

Football, and the NFL in particular, has faced backlash from fans about the safety of the sport given the number of concussions players can suffer. The high-impact sport puts player’s heads at risk, but Andrew said he never suffered from a head injury until the fall on that Saturday morning. 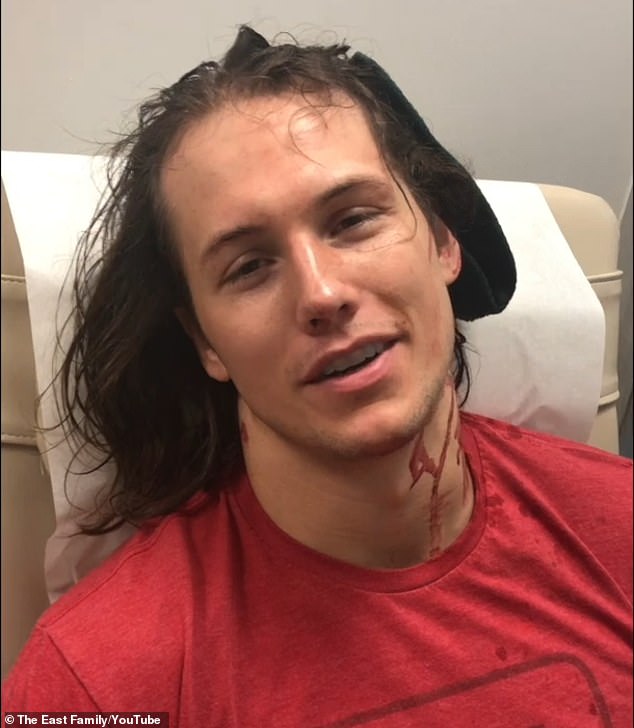 On the mend: Friends helped get Andrew to the hospital because he had a cut on his head from the fall. The former NFL player received nine staples in his head 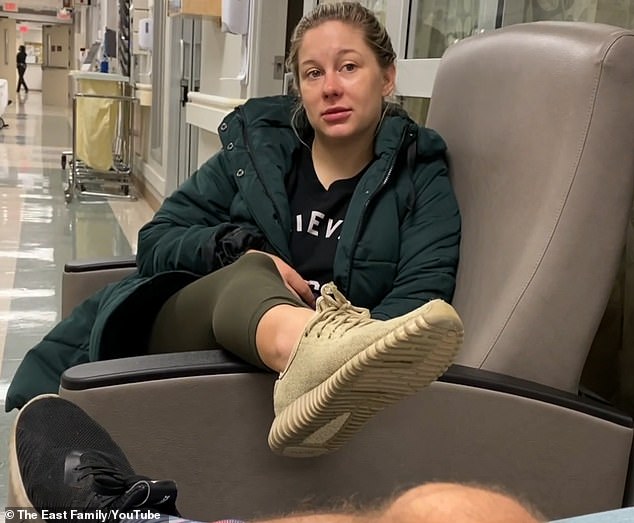 Pushing through: Shawn, 27, appeared upset in the video and admitted the footage of the fall almost made her vomit. Andrew was ultimately OK and suffered no other head injury

‘But I was unconscious for several minutes before, fortunately, my friends were coming over to do this lift, or so they thought,’ he continued.

Footage shows one of Andrew’s friends walking in where he then sees the puddle of blood on the ground from where the man fell after reracking the weight. It was ultimately decided he should go to the ER and get his head checked.

Andrew waited to call Shawn, who was asleep during the fall, until he reached the hospital. 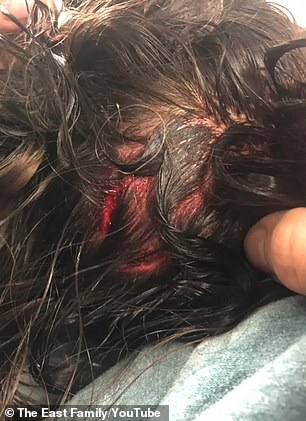 The damage: Doctors only treated Andrew for a large gash on his head. He was otherwise fine after the fall

The former Olympic gymnast, 27, then explained to viewers how she first went to check on the couple’s three-week-old daughter, Drew Hazel, before going down to the gym to retrieve the footage of the fall.

‘Andrew knows where I stand about this footage,’ Shawn said. ‘I think it should be deleted and burned and never watched again ’cause it is the worst video I’ve ever seen in my life. I almost vomited watching it.’

Her issue with the footage was reiterated when Andrew shared a clip of the fall on his Instagram page. After he posted the footage, Shawn commented: ‘This video needs deleted for good. Worst day of my life. I love you and God is so good that you are now home and OK my love.’

She decided to watch and film the footage, though, so Andrew and his friend could show it to the doctors while in the ER. After calling her parents to watch over her daughter, Shawn rushed to the hospital to join Andrew.

Doctors stapled Andrew’s head together with nine staples because of the wound he inflicted from the fall. Scans showed no other damage to Andrew’s brain, but the family received another scare when a nurse said a doctor needed to speak to them about his heart. 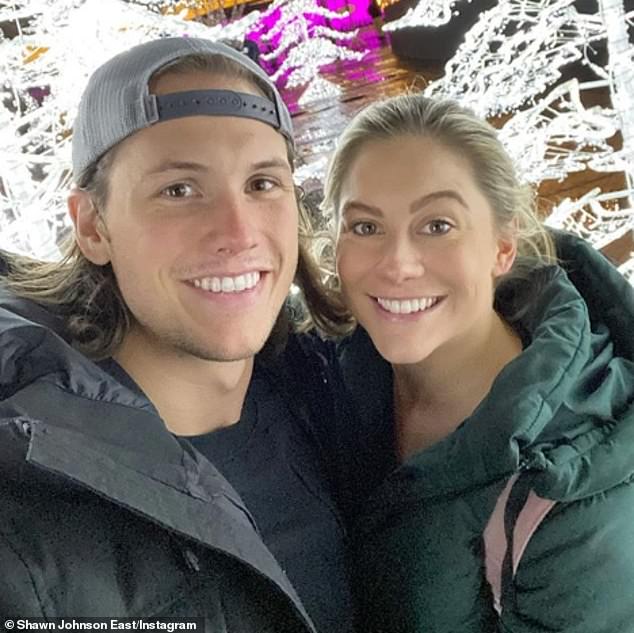 Pushing through: The couple said they thought lack of sleep and stress potentially made Andrew pass out before his workout 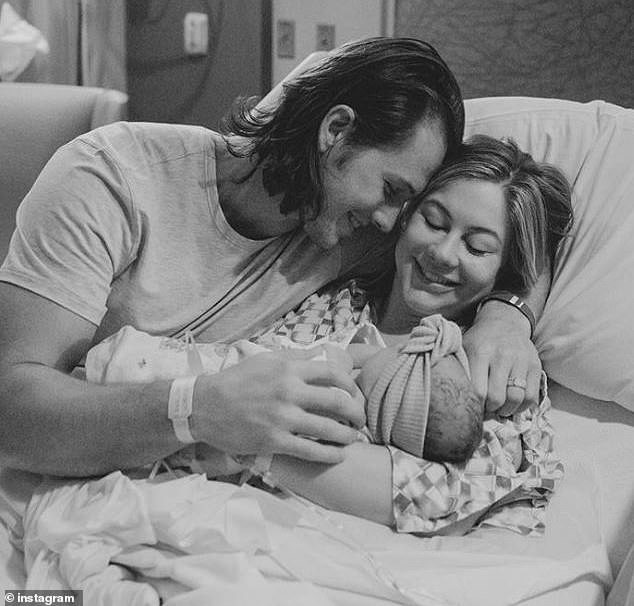 New family: Shawn and Andrew welcomed a baby girl named Drew into the world three weeks prior to the fall 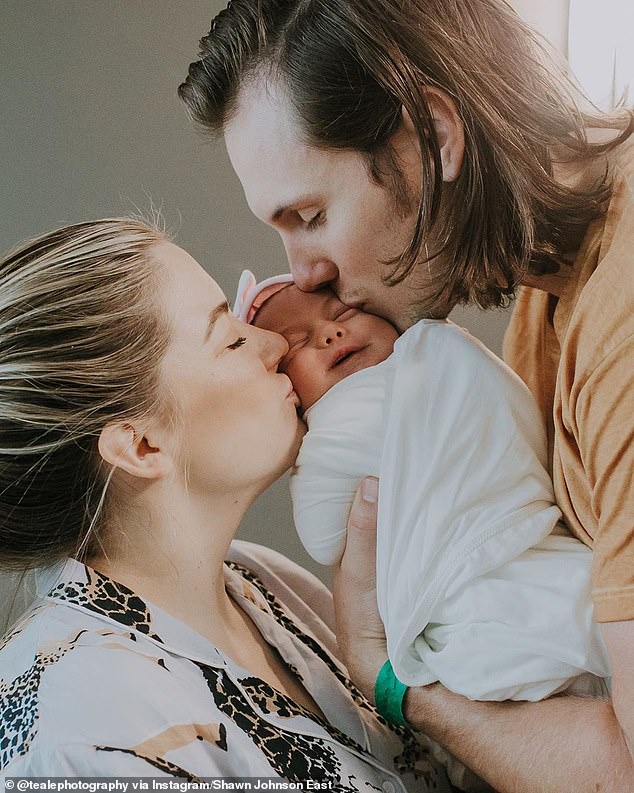 Change in perspective: ‘This life is not just my own now. I’ve got little Drew to be selfless for,’ Andrew said, saying the fall made him re-evaluate his life

‘I didn’t like how she said it,’ Shawn said. ‘She told us it had something to do with the EKG…They think it’s his heart that caused him to pass out.’

At first the couple thought Andrew would have to stay overnight for observations, but doctors cleared the man later when they realized the heart was not of concern.

‘This life is not just my own now. I’ve got little Drew to be selfless for,’ Andrew said about then entire incident, confessing to feeling ‘gratitude’ everything turned out fine.

‘We have a daughter now who we are fully responsible for who depends on us literally for her life…but just like that things change, and it was a humbling experience. I realized that I’m not in control. I think it has given me this perspective of gratitude.’

The couple thought lack of sleep and stress from welcoming their daughter into the world three weeks prior to the fall potentially contributed to Andrew temporarily losing consciousness.