She really IS the king of the swingers! Baby gorilla shows off her moves in Frankfurt Zoo

She really IS the king of the swingers! Baby gorilla shows off her moves in Frankfurt Zoo (though dad doesn’t look very impressed)

This adorable baby gorilla is clearly up for a boogey as she taps her feet and points her finger to the sky – even if her dad doesn’t quite share her enthusiasm.

Two-year-old Wela can be seen dancing in front of her dad Viata, 21, while he desperately tries to turn a blind eye in a scene familiar to many families with lively little ones.

Wela, two, and father Viata at Frankfurt Zoo. Wela points her finger to the sky and taps her foot

He said: ‘I really have a passion for gorillas and great apes so I love to take pictures and watch them.

‘In the photo, you see the Silverback gorilla Viata, and his two year old daughter, Wela.

‘Wela was posing in front of her dad and try to get his attention!’

The young gorilla can be seen pointing her finger to the sky with a smug grin – while her father Viata seems to be trying his best to ignore the active infant.

Wela was born to mother Shira, 15 and father Viata, 21, at the Frankfurt zoo.

Hopefully this won’t be the last time we see Wela’s monkey business. 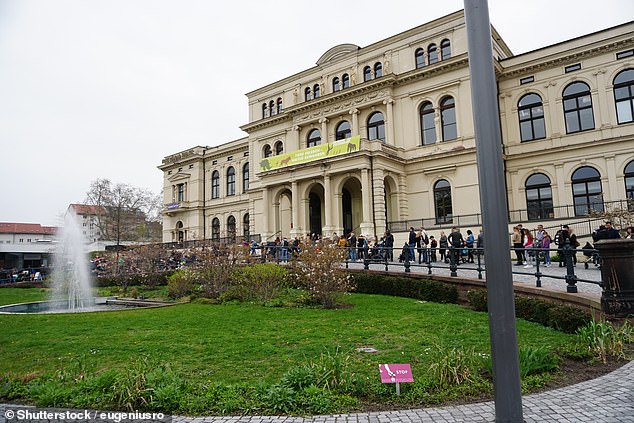