As the wildfires blazed through the eastern part of Canada, thousands of people were forced to evacuate their homes and find safety.

For Lynn Landry and her husband, they had to leave behind 90 of their sheep and two herding dogs to protect the flock from the flames, as well as bears and coyotes.

The couple left 35-pounds of dog food for them in hopes that they’d be there when they returned.

After 20 days of being away from home, the Landry’s were given clearance to return to their property in North Vancouver, British Columbia.

When they arrived, they found all but one sheep, and both dogs were safe. 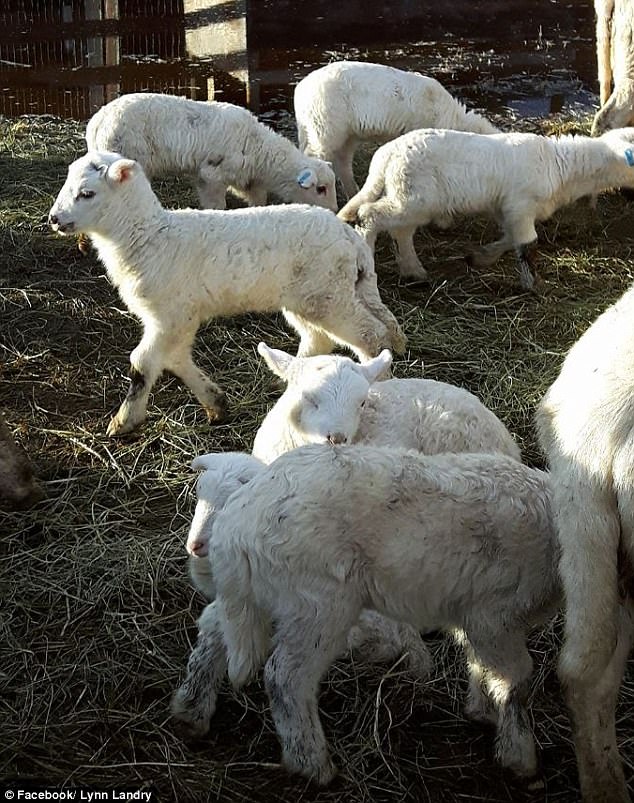 Tad and Sophie are the two Maremma sheepdogs that earned the title of heroes by doing their jobs under incredible circumstances.

Though the animals and Lynn’s home were in tact, the houses on either side had completely burned to the ground.

The dogs also managed to protect the flock while helicopters flew overhead and everything was in flames around them.

Lynn said: ‘They protected them from wildfires, but also from bears and coyotes. The sheep would never have survived without them.’

She posted a photo of the two animals after they were reunited referring to them as ‘our beautiful but very dirty guardian dogs’. She added that ‘they are happy dogs and live to work’.

And while many Facebook users are praising the pups and pushing for a Purina Animal Heroes award, others are coming down on the owners for leaving them in the first place.

Lynn took to Facebook to combat the negative comments.

She wrote: ‘These dogs are very loved and treasured. We worried about them every day. We applied daily for permission to go in but were denied due to the fire danger.’ She also added that the animals had never been in a vehicle and to try to separate them would be ‘cruel and cause them unbelievable stress’.

The animals also had assistance from the Canadian Disaster Animal Rescue who went into the home and fed the dogs, opening another bag of food for them. 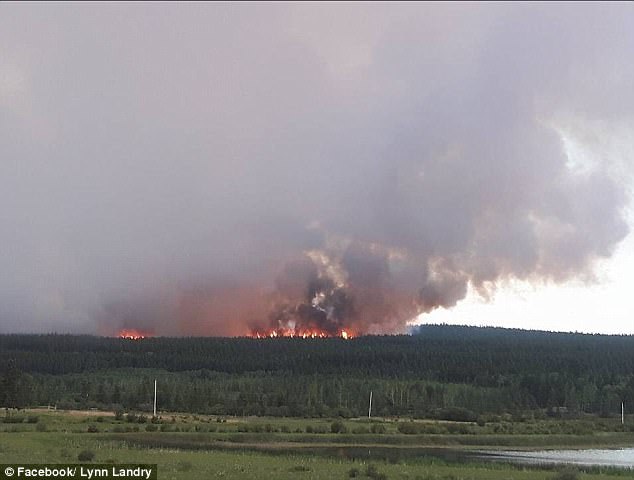 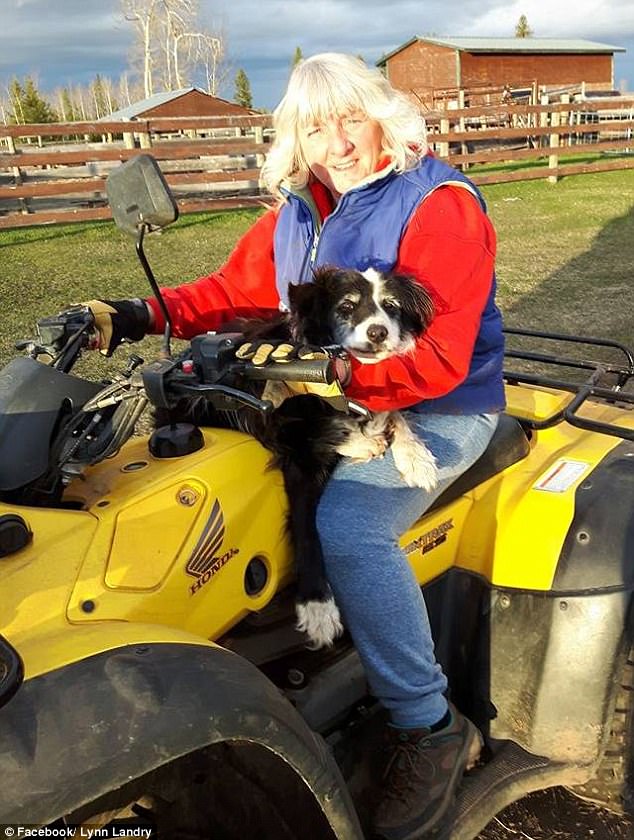 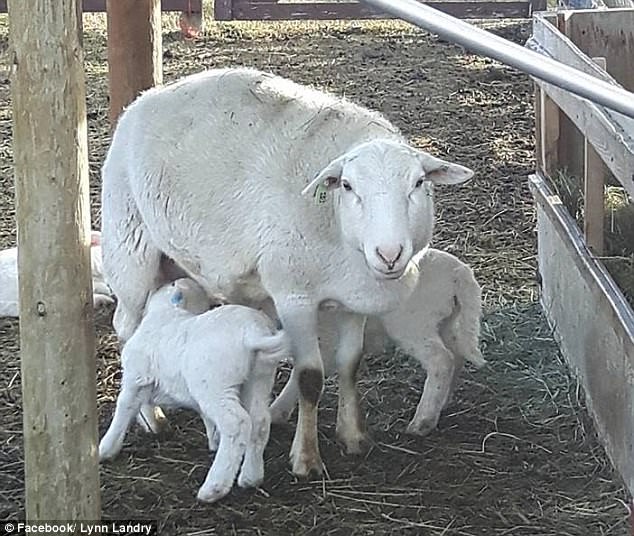 Lynn along with 45,000 other Canadians have been forced out of their homes since early July

And like many of Canadians in British Columbia, Lynn described the forest fires as the ‘July from hell’.  The 2017 wildfire season is the worst in the province’s history.

Since April 1, close to 1,100 fires have destroyed more than 2.5million acres and forced 45,000 people out of their homes since early July.

The financial deficit is now at $295million.

Lynn told PRI’s The World, ‘There was nothing we could do, we had to leave.’

The province declared a state of emergency on July 7.

The day before, Lynn said she could see the plume of spoke in the distance. During the day, bombers would douse the fire with water and stopped when it got dark. ‘It was then that the whole ridge from our place just went up in flames,’ she said.

Now Lynn and her husband are just thrilled to see all of the animals alive and well. She added that the family rewarded the dogs with ‘steak and a good pat’ and have settled back into their normal lives.