Sheffield teacher told black pupil he looked like a monkey

A ten-year-old black pupil was told his drawing of a monkey was a portrait of himself by his primary school teacher.

Isaiah Powis sketched the picture while in class at Lowfield Primary School in Sheffield, on March 7.

Isaiah was asked to write down facts about the rainforest and finish off his work by drawing an animal.

He decided to draw a monkey’s head and wrote the word monkey in the text above the drawing.

When his teacher came to collect his work, she made the remark ‘I see that you have drawn a portrait of yourself’ before laughing about it.

His mother Paulina Francis, 33, says her son expressed that he did not find the remarks funny while other children on his table began to laugh at him.

‘I was disgusted by the teacher’s poor choice of words,’ said Miss Francis. 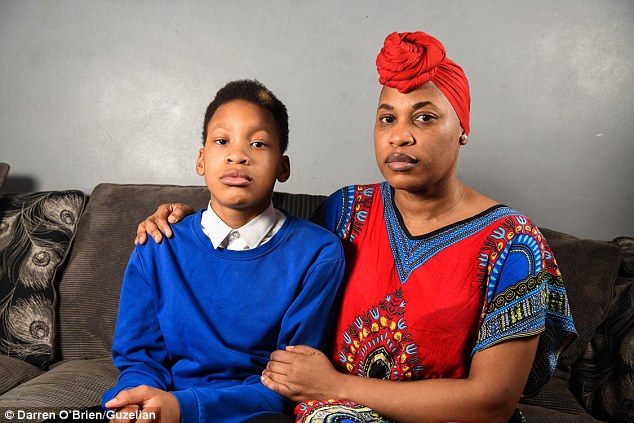 His mother Paulina Francis (right), 33, says her son expressed that he did not find the remarks funny while other children on his table began to laugh at him

‘People need to realise that using this word is not a joke. I came here from Sierra Leone when I was 12 due to civil war in the country.

‘I had people saying go back to your own country with the rest of the apes. My daughter has also been called a monkey by another pupil.

‘You can almost forgive a child for not knowing the seriousness but to have a teacher compare my son to a monkey is unbelievable.

‘This is 2018 now and we live in a multi-cultural Britain. The teacher is seen as a person of authority for these kids so because she was laughing it made the pupils laugh and call my son a monkey because they now think its acceptable.’

Isaiah came home feeling upset and offended by what his teacher had said to him. 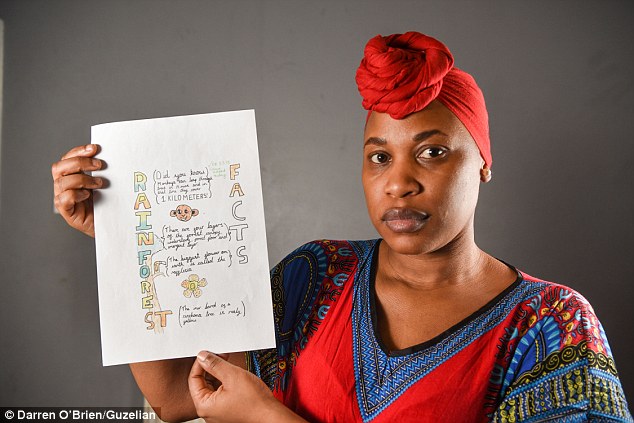 She said: ‘You can almost forgive a child for not knowing the seriousness but to have a teacher compare my son to a monkey is unbelievable’

Miss Francis made Isaiah write down what happened in class after he told her what the teacher had said to him.

She immediately rang the school to speak to the head master or deputy head about the incident but was told they were in a meeting.

Both Miss Francis and her son then went into school to speak to someone about the incident.

She says they spoke to one member of staff before the teacher came out to speak with them.

According to Miss Francis, the teacher said she apologised to Isaiah immediately after she made the comment.

She also told Miss Francis that the drawing was not clear and she was rushing before telling them she thought Isaiah had drawn a bear.

Miss Francis was later told over the phone that another member of staff was in the room at the time of the remark and that they heard the teacher apologise to Isaiah, although he says he didn’t hear it. 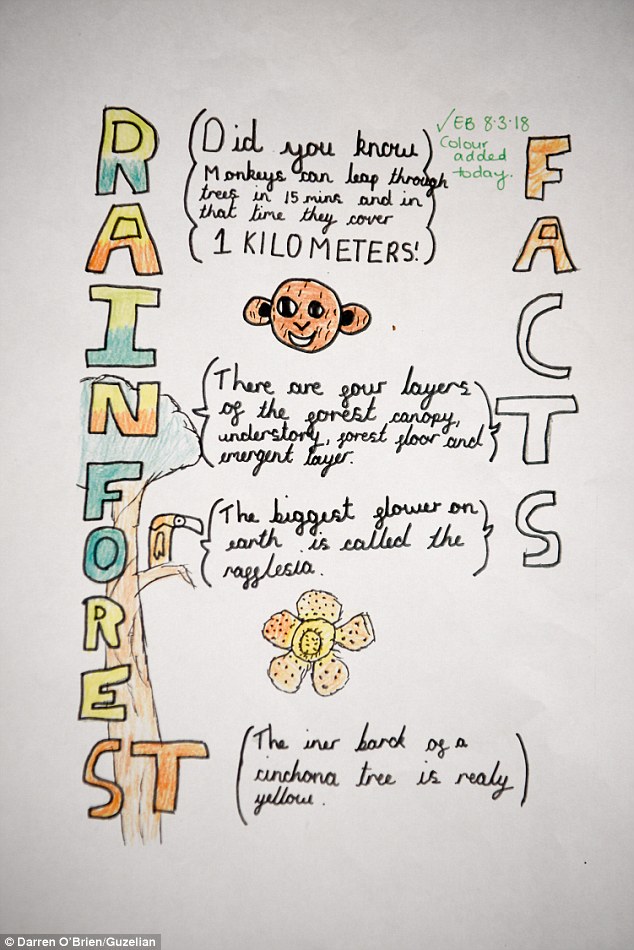 She added: ‘The teacher said she could not tell what the drawing was but why would you say it was a self-portrait if you can’t tell?

‘The majority of people would have just said “I can’t tell what you have drawn, what is it Isaiah?”

‘Once I had been in school, a member of staff called me and said I was angry about this because of personal issues. They also told me they don’t see colour in this school and I told them that is part of the problem.’

Miss Francis would like the school to investigate the incident and believes Lowfield Primary School should look at educating their teachers further on the use of appropriate language towards black children.

A spokesperson for Lowfield Primary School said: ‘We take all complaints seriously and the incident has been investigated. We have passed the outcome onto Miss Francis.’

Since the row, Miss Francis has received an unauthorised absence fine of £120 dated March 15 this year for Isaiah being out of school in October 2017.

Isaiah was absent on the October 16 to October 27 last year but Miss Francis said she had cleared this with the headteacher with the necessary forms before the holiday was even booked for him to go away with his uncle.