Shih Tzu goes viral for striking a pose on camera

One dog is already getting ready for its modeling debut in a video from last week that has already gone viral.

In a short six-second clip, a white Shuh Tzu named Alfie can be seen striking a pose while his owner, Amy Boyce, from Scotland, films the dog lying on the floor.

The camera-ready canine can be seen with his paws spread out and basking in the attention he is getting from his owner.

Model dog: A video of a dog striking a pose has gone viral on social media 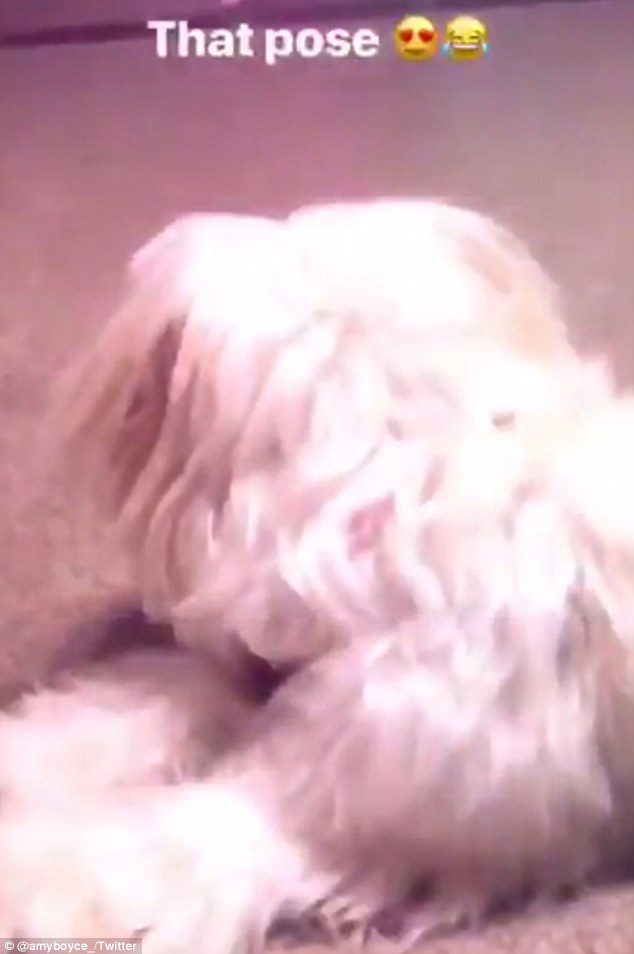 Before: Before the Shih Tzu, named Alfie, faces the camera, he looks away – almost as thought he is trying to build dramatic tension 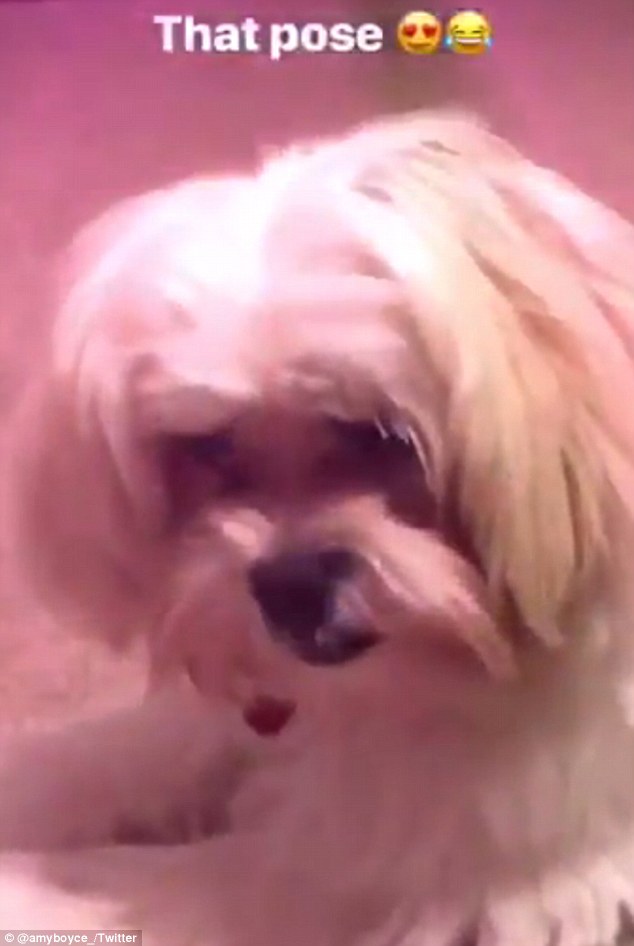 The pose: The tiny dog meets the camera – being held by his owner Amy Boyce – with his intense gaze

And as soon as she starts filming, the dog looks at camera, through an Instagram filter, and quickly turns away.

However moments later, Alfie turns back around and tilts his nose down to reveal the most Vogue-worthy pose ever.

Amy said in the caption: ‘I’ve literally been crying at this for 4 hours. I can’t deal – if this doesn’t make you happy, nothing will.’

Twitter users have also took to the comments section of the video to share their thoughts on the diva dog.

Hot: One person tweeted that the dog was more attractive than Emily Ratajkowski

Supermodel: Another tweet jokingly responded to the video saying that Alfie is a ‘supermodel’

One tweet said: ‘That dog is hotter than Emily Ratajkowski.’

And another person agreed and shared that they thought the dog was ‘ a supermodel’.

And then there were those that took time to notice that Amy was right as the video did, in fact, make them laugh.

One tweet said: ‘When I think I will stop laughing it strikes it again and I’m sent off! Omg this is the bet [sic].’

Perfection: And one Twitter user said that the dog was perfection 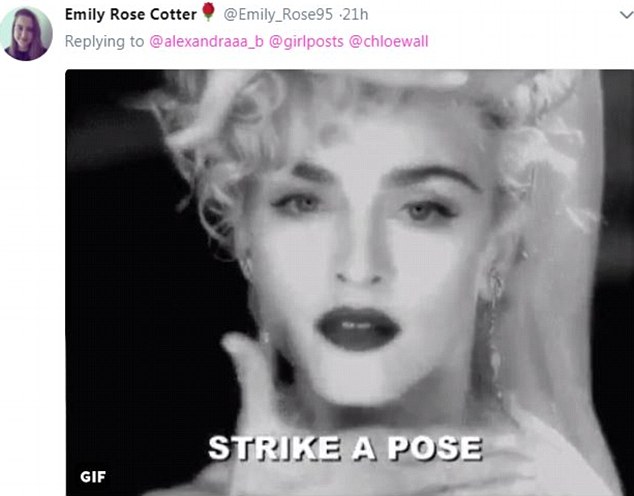 Strike a pose: Another tweet was of a Madonna gif with the text ‘strike a pose’

Catwalk: Someone thought the tweet was similar to the vine of the owl doing a catwalk

Sassy: This dog may be the sassiest dog of all time and this tweet wasn’t afraid to let everyone know

And another person gave praise where praise was due in a tweet that said: ‘I’ll give it to you, actually made me laugh out loud.’

Others thought the dog was perfection and made it known in a tweet while someone else replied to Amy with a Madonna gif that said: ‘strike a pose’.

And someone else likened it to a similar vine where an owl ‘does a catwalk’.

This may very well be the sassiest dog to have ever graced the camera, so here’s hoping the graceful pooch will remember its roots when its rich and famous.